What are the effects of austerity and does it work? 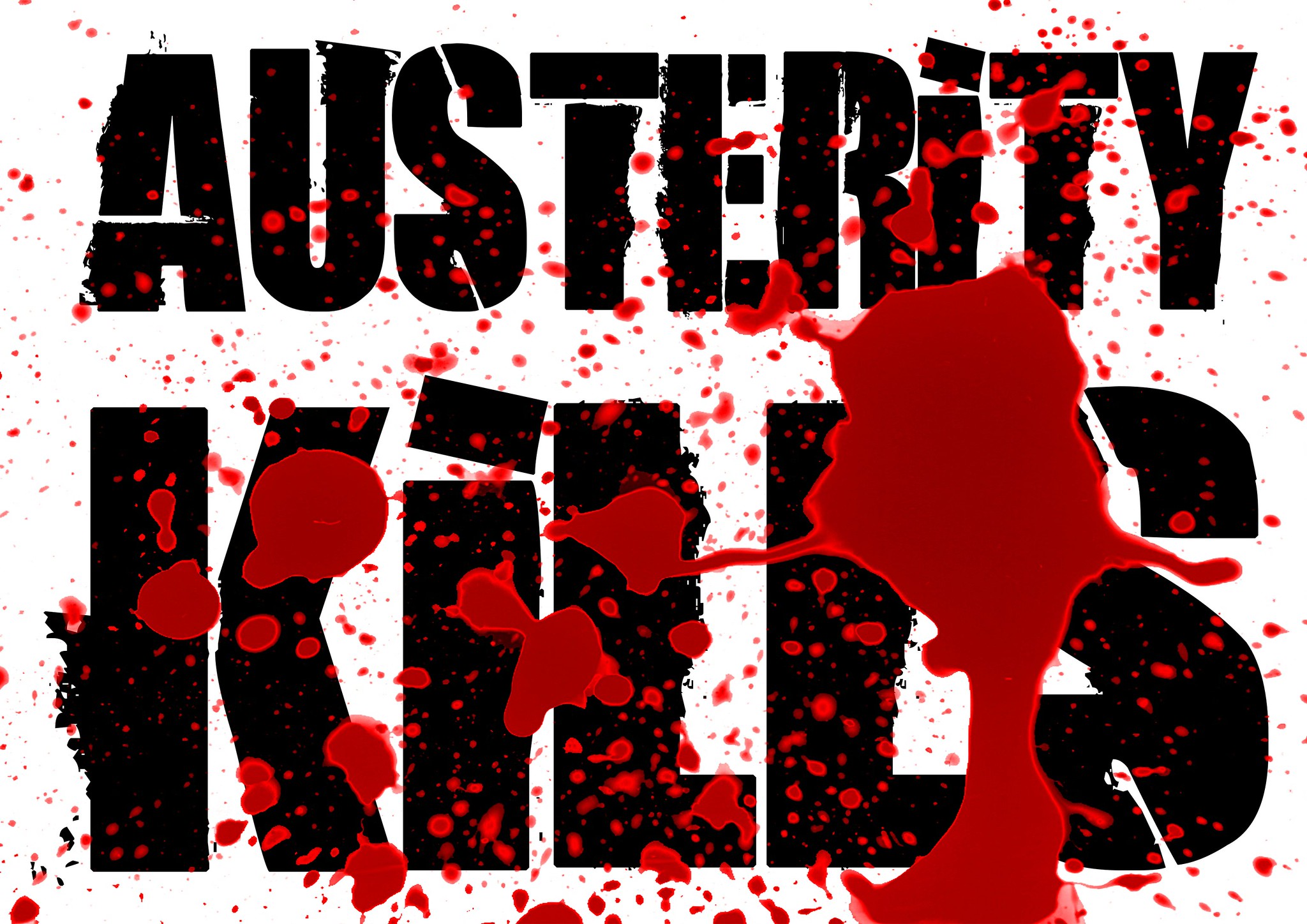 Austerity can be used to describe the government spending cuts and tax increases sometimes used to address a country’s budget deficits, basically a set of economic policies to help governments that are struggling to pay their debts. Austerity measures were a large part of the European Union’s method of dealing with the Great Recession of 2008, but they remain a largely controversial policy with mixed and passionate views on how effective they are. Do austerity measures help countries out of recession? Or have the austerity measures taken in Europe and elsewhere failed?
Stats of Viewpoints
Austerity put the burden on the most disadvantaged
0 agrees
0 disagrees
Yes, it can…
0 agrees
0 disagrees
No, the fiscal responsibility myth
1 agrees
0 disagrees
Viewpoints
Add New Viewpoint

Austerity put the burden on the most disadvantaged

It is now painfully clear that cutting public spending increases unemployment and pushes the suffering of an economic downturn onto the most vulnerable, while harming economic growth and solidifying societal inequalities. Multiple studies, from organisations as wide ranging as Oxfam and the IMF, have shown that austerity measures wreaked further economic damage in Greece, and have caused harsher inequality in the UK since the 2008 recession. Peer-reviewed journals have also demonstrated that short-term cuts slow the natural economic cycle, leading to both economic and public health devastation, while generating worsening living standards for the most vulnerable and neglected in society. But despite this agonising transparency, globally we are likely to head into another decade of austerity measures following a global economic slow down due to the COVID-19 pandemic, making now the most important time to finally put the austerity myth to bed.

Austerity measures are a fiscal tool used by governments to reduce budget deficits; it is difficult to measure the effectiveness of a tool without the specific circumstance to gauge how well the tool is being used, but just like deficit spending if used correctly austerity can be an effective tool. Austerity is used as an attempt to balance a government’s revenues and expenditures, sending out a message that the country is able to pay their debts easily, which will attract investor confidence and improve fiscal relationships with creditors and credit ratings agencies. Austerity measures are used then to stop government debt from spiralling out of control, but also to make deficit spending easier when needed. However, austerity has the drawback of increased unemployment, so these factors all need balancing as high unemployment rates can have negative economic effects on the economy and population at large.

No, the fiscal responsibility myth

Much of the political justification for imposing austerity measures following the 2008 recession was based on the study ‘Growth in a Time of Debt’ by Carmen Reinhart and Kenneth Rogoff, which claimed to have demonstrated that a country’s annual growth will fall by 2% if public debt goes above 90% of GDP. However Reinhart and Rogoff’s research was later demonstrated to be incorrect, as the data did not support their conclusions, despite this austerity measures have prevailed across Europe and have been put into use elsewhere. Austerity measures have been criticised for an array of different reasons including increases unemployment, higher debt-to-GDP ratios, worsening falling demand, failure to lower bond yields, causes falls in nominal GDP, etc. This overzealous push to reduce deficits is now widely considered to be something to do in times of economic prosperity but not in times of recession as the myth of fiscal responsibility and obsession with deficits have helped to stretch out the suffering of the last global recession and negatively affected economic growth.