What can be done about white supremacism? 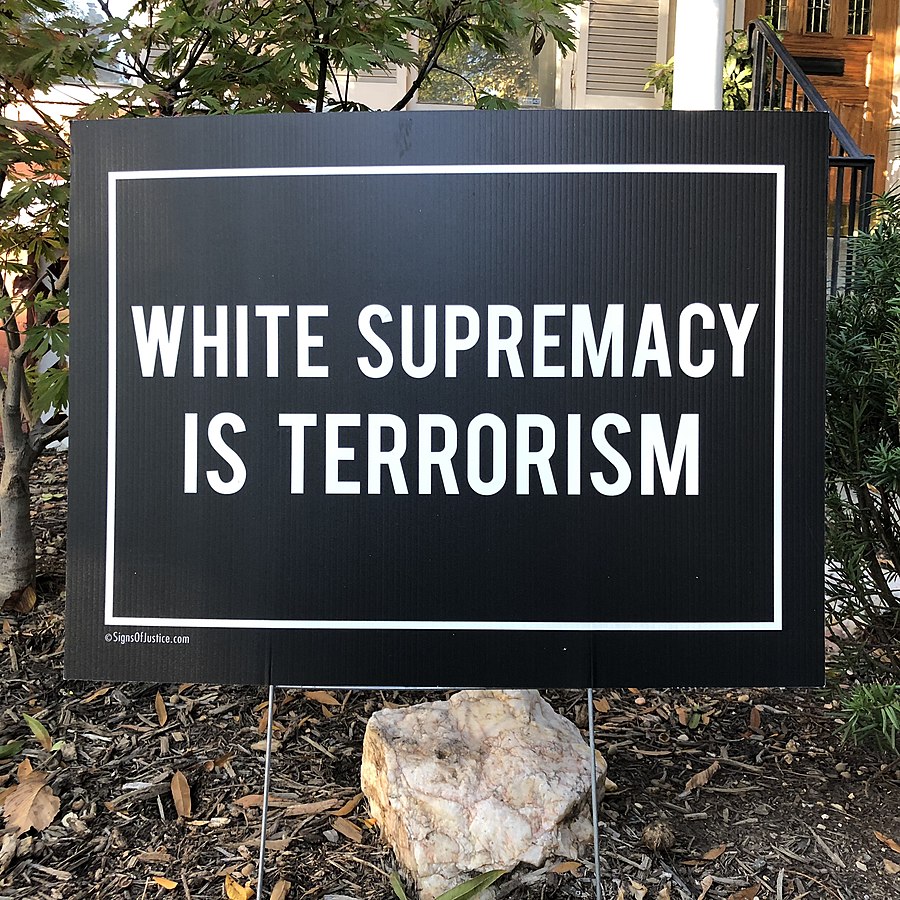 The need for more comprehensive law in some regions

Following the recent string of white supremacist terror attacks in Texas and Ohio there has been a real push in the states to create a domestic terrorism law, as currently America’s legal black hole surrounding terrorism has stood in the way of prosecuting similar cases before acts of mass murder occur. Cases such as that of Dakota Reed, who threatened to carry out mass shootings aimed at the Jewish community and school children, were handed over to state prosecutors when federal prosecutors thought sentencing was unlikely to lead to a conviction underline the need to legal avenues to protect against white supremacist terrorism. Similarly in a large number of cases in the US, Robert Bowers, Cesar Sayoc, and Dylann Roof to name a few, there is no was to charge such criminals with terrorism, they were instead charged with related crimes such as obstructing the free exercise of religion. But this problem is not limited to the United States, and other countries with a history of racial or ethnic supremacy issues need to do more to legally tackle this repeating historical problem. This problem is likewise scattered across Europe where in countries that lack the adequate legal or enforcement channels to deal with such a threat, such as Ukraine, white supremacist paramilitary groups run rampant. Such states need to put in place a comprehensive set of laws to deal with all forms of domestic terrorism.

Conservatives and right-wingers need to tackle it

The link between white supremacy and white nationalism has become increasingly blurred in recent years, with many conservatives even going so far as to call white supremacy a hoax. While this seemingly ridiculous opinion may seem to be limited to right wing pundits, such as Fox News host Tucker Carlson, it also seems to be a genuine opinion some people share with Carlson, and it is clear from comments on social media that it is a fairly widely held belief [1]. Conservatives and right wing commentators that often expose ideas that seem to occupy similar territory to white supremacists need to establish what separates them from terrorists and being to distance themselves, making it clear the line that divides them from racial hatred, a line that has become so blurred in recent years. Likewise commentators like Tucker Carlson that push extremist narratives need to be called out by others on the right for twisting a false narrative and skewing the reality of a very dire situation.

White people need to recognise and tackle it themselves

White supremacy and the use of it to justify terrorism is a distinctly white problem, and it needs recognising for what it is to be adequately dealt with. Heidi Beirich, Director of the Intelligence Project at the Southern Poverty Law Centre in Alabama, identified at a conference on defeating white supremacy that “white supremacy is an indigenous idea ― it’s from our culture … I think there’s a reluctance on the part of people to say, ‘I play a role in this. My culture plays a role in this’” [1]. Radicalised white supremacists are suffering more from a problem of isolation from different cultures, they are usually suffering from isolation from society at large, and their ideas start to diverge from mainstream thinking into intensified isolated anger that can fester into extremist beliefs through a lack of any positive social interaction. This distinct cultural issue needs to be owned, so that a firm line can be drawn and the general population are more clear and comfortable to call out such ideas, wherever they are found. These lines have become so blurred in recent years, and owning up to the reality of it in order to tackle it is all that can be done to deal with white supremacism.

Intelligence agencies need to do more

Intelligence agencies are not taking the issue of white supremacist terrorism seriously enough, and as with all acts of terror more needs to be done about this challenge to national security. In 2009 Daryl Johnson, a US federal intelligence analyst, issued a report on a likely spike in white supremacist terror groups and attacks, due to the recession and the election of the country’s first black president. This report was leaked, enraged republicans and conservatives, and the Department of Homeland Security issued an apology and dismissed Johnson. Ten years later Johnsons speculations have come true, but he says “the FBI is reluctant to talk about it” [1] more needs to be done by the intelligence community to tackle this growing, now international, terrorist issue.

Condemnation from the top down

Leaders, the media and influencers need to conclusively denounce racism in all its forms in order to tackle these issues, as current attempts at addressing white supremacy have been dire. While some public figures are sending out mixed messages about white supremacists and racists, others are lacking a strong enough condemnation of such acts, with a few even directly or verbally supporting them. But to make this situation more convoluted, a common response to the New Zealand mosque shooting, on both sides of the political spectrum, was to no talk about the shooter, the attack or his manifesto. While this seemed an emotional reaction from some, it remains a illogical and suspect reaction from most others, as to truly understand the issue of racial supremacist terrorism it needs to be analysed and studied, not swept under the rug.

Racial and religious supremacism are two sides of the same coin

There is a clear liberal left-leaning bias when it comes to religious extremism, especially regarding Islam, where those on the left tend to be more lenient of it despite it often targeting groups that activists on the left seek to defend. This sort of thinking occupies a moral grey area where racial supremacism is the worst evil but religiously supremacist ideas are often tolerated, as long as the religion is a minority group. However are these two not just different sides of the same coin? Should we not be asking how can we tackle all types of extremism, not cherry picking grievances and undermining moral dialogue?

Online censorship will just push white supremacy underground, making it both seem more subversive and become more dangerous. This issue needs talking about; the natural knee-jerk reaction in cases such as this is censorship, it is so tragic it is easier in some ways not to talk about it, but it needs discussing and understanding, if it is to be overcome. Many right wing commentators have urged people not to talk about it, but this just increases the danger it poses while not really dealing anything. Judging by the killer’s bizarre manifesto it seems that censorship and the derailing of constructive dialogue around this issue were exactly his aims, and constructive dialogue remains the main tool in fighting white supremacism.

Needs to be tackled wherever it is encountered

White supremacists and white supremacy is so wide ranging and wide spread in many societies that it is too ingrained to be a simple matter of marching, protesting or even educating out of people. Many people argue that issues such as this are so deeply a part of the societies they occur in that they form a subtle white supremacist structure that many norms are based on. Such a wide scale issue needs to be challenged multilaterally using modern tools like social media, but also need to be countered verbally, legally and financially to be tackled on a grass roots level wherever they are encountered and wherever they appear. theestablishment.co/so-you-want-to-fight-white-supremacy-2b5735f22f9 alternet.org/2014/04/10-things-everyone-should-know-about-white-supremacy

In such attacks in societies such as the US, Australia or New Zealand you have a situation of individuals of an older generation of immigrants in a position of majority and social dominance, terrorising newer immigrant minority communities over accusations of terrorism and attempts to culturally dominate the society. The whole situation is based on such bitter twisted falsities that could only begin to be addressed through greater education and wider social dialogue, something that is often accused of supporting white supremacy narratives. Technology may be helpful tool to both educate and engage such people, but arguably the current model of Google, Facebook and Youtube, putting users in a opinion "filter bubble" in which they are constantly offered similar content to what they view or like, is a big part of the problem. studymode.com/essays/Education-Policy-And-Racial-Inequality-As-97262.html ucm.teleshuttle.com/2012/10/filtering-for-serendipity-extremism.html