How did Christianity spread throughout the Roman Empire? 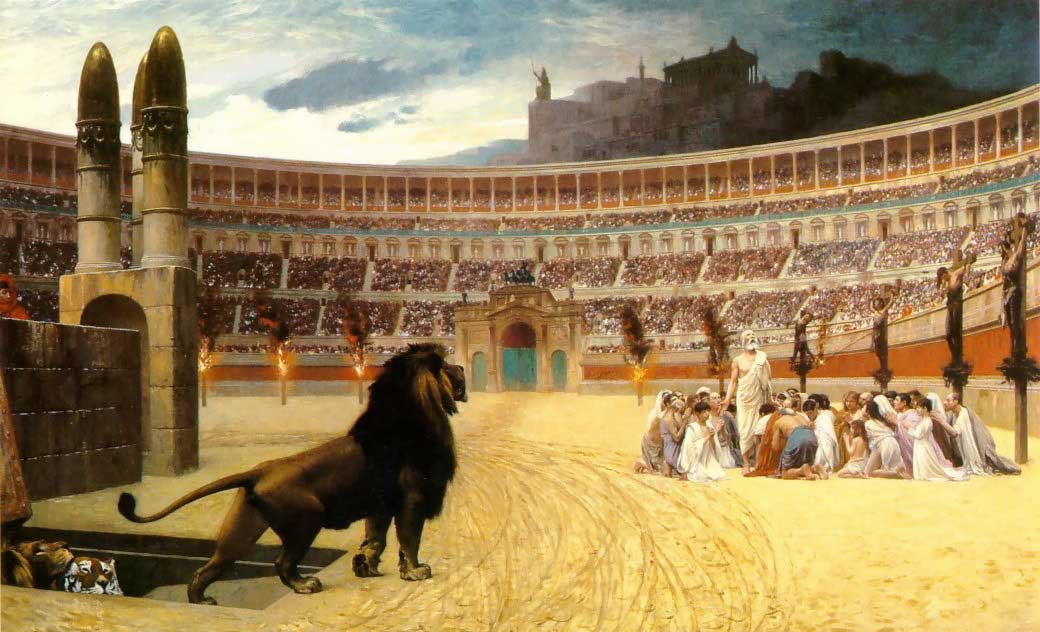 Vespasian and Titus using Christianity as a political tool

As a religion that was open to all and espoused non-violent teachings Christianity was used by Roman Emperors such as Vespasian and Titus politically in order to address repeated Jewish revolts that challenged Roman rule. The Flavian Dynasty of Roman Emperors, who rose to power following Emperor Nero’s suicide in 68 AD, were early adopters of Christianity, leading several scholars to believe that Christianity may have been a useful political tool by the Flavian Caesars. Authors such as Joseph Atwill, Professor Bruno Bauer, James Ballantyne Hannay, Robert M. Price and Abelard Reuchlin have written extensively on the relationship of the Flavian family to Christianity. Some even proposing the theory that the New Testament and therefore Christianity itself was actually authored by the Roman Rulers in order to provide Jewish groups such as the Zealots and Sicarii with a messiah, in an attempt to manipulate and undermine Jewish rebellion.

The Gospel of Mark

Mark’s Gospel, thought by many scholars to the oldest of the four surviving canonical gospel that form the basis of the Christian New Testament codified and set out the religion apart from others of that period. Mark itself was used as a source for stories in the other canonical gospels of Matthew and Luke and is thought itself to be an anonymous compilation of stories from earlier sources. The Gospel of Mark uses literary devices and conveys a message of Jesus as the Son of God in the form of a story narrative, without this Christianity may have stayed in the shadow of the Jewish faith and fallen out of favour like many other contemporary religions of the time.

The spreading of Christianity by Paul the Apostle

Saul of Tarsus was baptised Paul when converting to Christianity and through travelling 10,000 miles in 30 years across the Roman Empire to spread the message of Christianity Paul became one of the most important figures in early Christianity. Paul is thought to be responsible for seven of the Epistles (or letters) of Paul which formed a large part of the New Testament of the Christian Bible. Paul was a Roman citizen, and before converting was Jewish, he took advantage of this to preach to Jewish and Roman audiences and built several churches across Asia Minor and Europe pushing Christianity farther than other early adopters.

The Romans didn’t spread Christianity, the church was already scattered throughout the empire even in early days of Christianity. In Christianity all are equal not just a chosen few or certain race, this quickly became a popular and unifying idea what would have aided its spread naturally, likewise the idea of an afterlife promised to all, not just the warrior class, would have been an innovative doctrine at the time. This aided the spread of Christianity throughout the poor and slave populations of urban centres, and led to this faith quickly being regarded as the “religion of slaves”.

The reign of Emperor Constantine the Great was a time of great economic, social and military change, seen as a distinct period in the history of the Roman Empire, and this is partly due to Constantine’s conversion to Christianity and eventual baptism on his death bed in 337. During his reign Constantine brought Christians from a persecuted group to a tolerated one, passing the Edict of Milan in 313 in conjunction with Emperor Licinius of the Balkans. This marked a shift in the view of Christianity in the Roman Empire and led to Emperor Theodosius I passing the Edict of Thessalonica in 380, making Nicene Christianity the state religion of the Roman Empire. bbc.co.uk/history/ancient/romans/christianityromanempire_article_01.shtml