What is behind the protest movement in Lebanon? 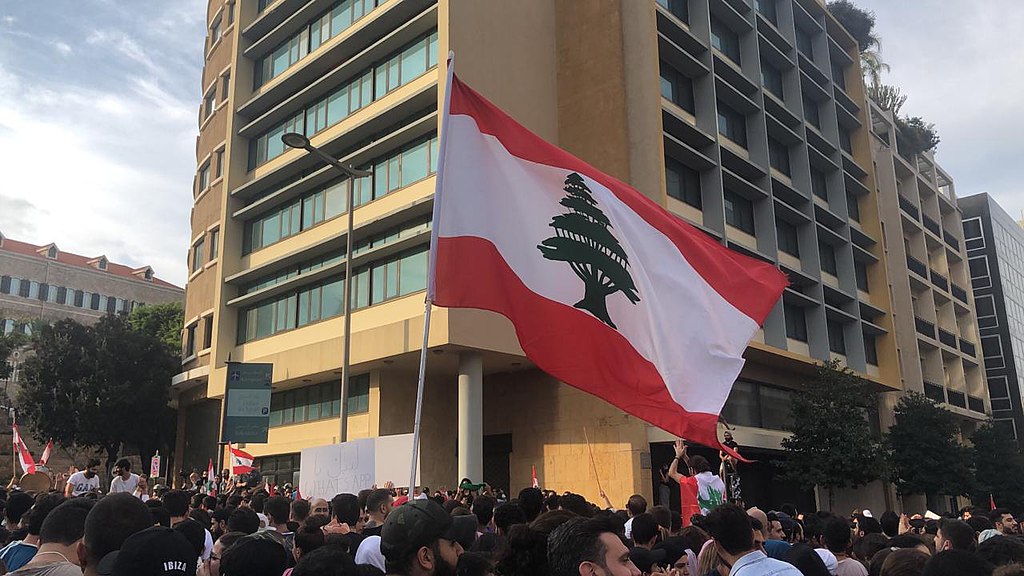 The uprising that has taken place in Lebanon is the result of several multifaceted political failings that show the obsolescence of Lebanon’s sectarian government, an oligarchic intermingling of warlords in power since the end of the country’s civil war in 1990. This war ended with the Taif agreement, the foundation of the country’s political system where political authority is allocated based on the religion of the public servant, which is widely considered to have allowed the Lebanese political class to enjoy power without accountability. Three decades later such as system has led to political and economic inaction, culminating in a lack of infrastructure to deal with wildfires, sanitation, sewage and garbage, shortages of oil, bread, and electricity, and spiralling unemployment and pollution problems. As a result, what Lebanese citizens are now calling a revolution has continued even into the first sitting of a new government, with protesters discrediting the meeting of this new technocratic government. Lebanon is suffering from an inept political system as much as they are suffering due to political inaction.

The initial issue that exploded into such a prolonged protest against the government in Lebanon were a series of planned tax changes. During a extended economic downturn, the Lebanese government proposed putting the burden of a pegged exchange rate, falling GDP and currency, and spiralling national debt on Lebanon’s citizens by heightening taxation. Higher taxes were planned for gasoline, wheat, tobacco and even online phone call services, such as Whatsapp, and while many issues fed into Lebanese dissatisfaction with their government, it was this level of economic ineptitude that directly started the protests. The government have since agreed to scrap these tax hikes but protests continued, as protesters demanded the whole government step down, something that came to fruition in January 2020 when prime minister Saad Hariri and his entire cabinet stood down.

Just as the country has been engulfed in crises in recent months so have literal fires played a pivotal role in the escalation of the protest movement. Starting in February 2019 the self-immolation of a poverty-stricken father, George Zreik, caused vocal discontent, but it was the unprecedented wildfires later in the year that sparked the whole protest movement. The greenery of the Lebanese countryside is a source of fierce pride for many citizens, but when the government failed to fight the fire due to lack of maintained equipment hundreds were displaced and pride turned to anger as the government failed and help eventually came from neighboring countries. In this way the fires were a symbol what was to come in Lebanon as the government were completely unable to deal with both this hostile force of nature or the overwhelming force of a pan-Sectarian Lebanese protest movement.

What started as a protest movement against tax changes, deepened as a national petrol station strike escalated the situation much further causing angry motorists to block roads and creating havoc in the countries cities. Owners of petrol stations were protesting the national financial crisis that was deepening in Lebanon, striking to call for an increase in gasoline pricing to deal with extreme drops in currency rates. Gasoline is intertwined with many other social issues in Lebanon as “generator mafias” use illegal gasoline generators to supply electricity when and where the government are unable to, causing gasoline pricing, shortages or strikes to intensify other difficult realities in the country. In this way this strike intensified the protests, the political, economic and social strain on Lebanese society reached a tipping point as the following protests and violence intensified in late 2019/early 2020.

The Lebanese pound has been pegged to the US dollar since 1997, but for the last decade the economy of Lebanon has been in decline, with GDP falling and debt-to-GDP reaching its highest in 2019. As credit rating agencies began to devalue Lebanese government bonds the government were forced to increase borrowing in order to maintain the currency peg, causing a dollar shortage and the emergence of a black market in US dollars. This dollar shortage crisis has directly affected companies that import wheat, pharmaceuticals and gasoline, the last of which sparked the gas stations strikes which directly ignited the protests.

The coming together of an ethnically diverse Middle Eastern country

While Lebanon has had a history of being fairly prosperous the government’s mismanagement has led to uncertain times for the country, but this uncertainty has also bred a cross Ethnic protest movement that is currently uniting all communities in Lebanon. Similar protests occurred in 2005 but were largely mobilised by a political parties, and again in 2015 over the government’s mismanagement of Beirut’s waste disposal, but this time people came out across communities and protested together without organisation from a particular party or sect. This seems to have influenced the latest protest movement as some Lebanese citizens are now questioning their own sects and leaders, and calling for the stepping down of the whole government. Protests are on-going despite the proposal of a wide set of reforms, protesters have continued to call for the government to relinquish power, but political groups such as Hezbollah and the Amal Movement look unlikely to entertain such prospects, Amal militant groups already opening fire on protesters.