Should the use of Ospreys by allowed over residential areas of Tokyo? 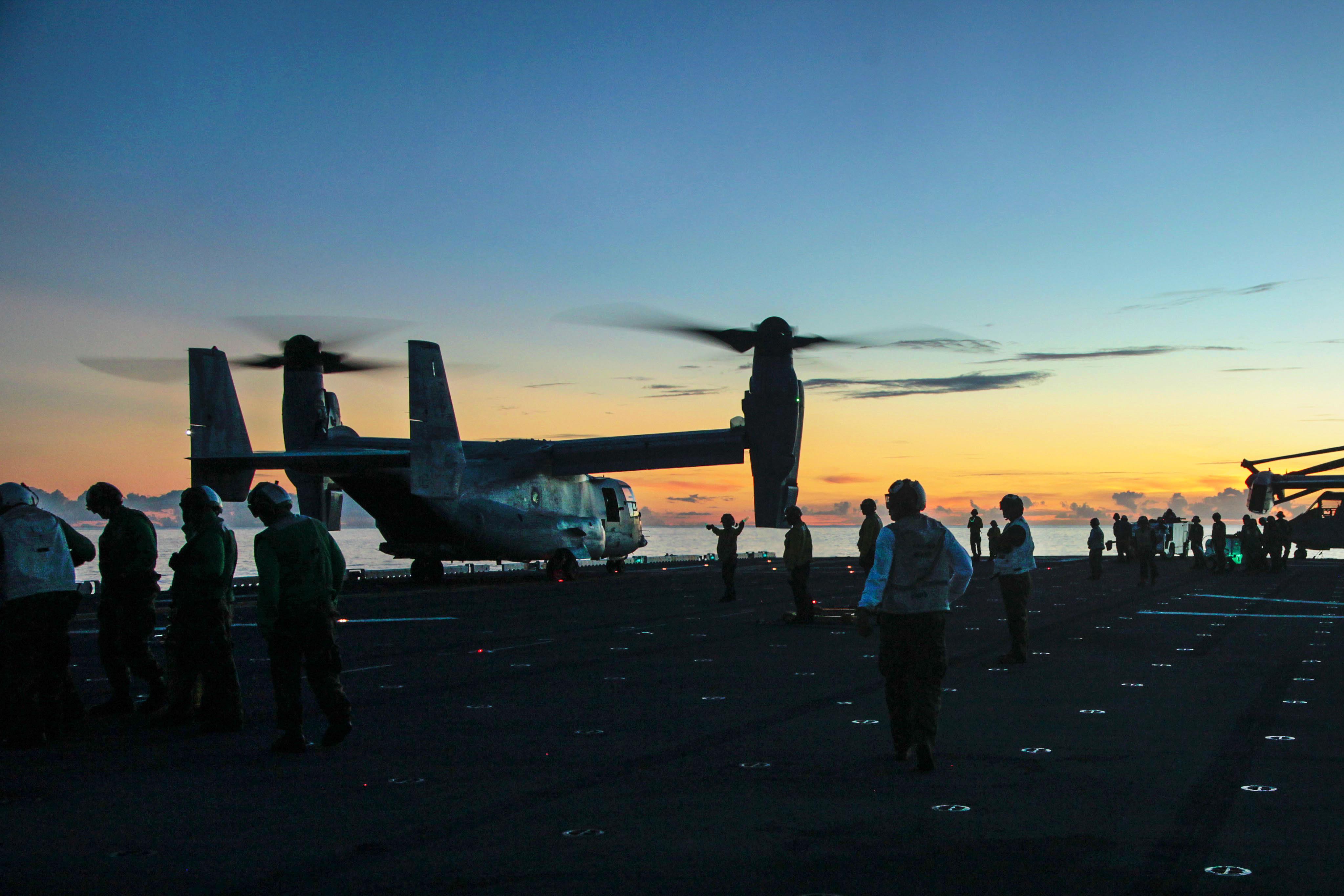 The Bell Boeing V-22 Osprey is an aircraft that combines the vertical take-off functionality of a helicopter with that of conventional aircraft, the Osprey has caused controversy due to the large number of accidents in the history of its use, many of which involved fatalities. The V-22 is so difficult to manoeuvre it was nicknamed the “widow maker” during initial testing, but when five new Ospreys were moved to the Yokota Air Base in Tokyo in 2018 concerns over the possibility of further accidents over the surrounding residential areas have escalated worries. Are the United States Air Force and Japan Air Self-Defense Force right to be using the Osprey over Western Tokyo? Should the Japanese government listen to such concerns and block the use of the V-22 Osprey around Yokota Air Base?
Stats of Viewpoints
Yes, Japan is tied into advantageous defense agreements
0 agrees
0 disagrees
Viewpoints
Add New Viewpoint

The Osprey aircraft represents unprecedented technical abilities, being able to combine the handling of a wide range of terrain with the speed of a conventional aircraft, enabling the Japan Special Defense Force and the US Military in Japan to deal with the fallout from natural disasters more quickly and effectively. Likewise the aircraft’s phenomenal capabilities represent real strategic advantages that are indispensable, both politically and militarily, in addressing regional stability concerns with the likes of China and Korea. The Ospreys MV model that is deployed in Japan is actually the safer of the two Osprey models, with just 1.93 incidents per 100,000 flight hours, so the previous incident in Okinawa was a rarity for this model and led to no fatalities. Statistical safety record aside, concerns persist over the Osprey and the issue over its use in Japan is often presented as a question of choice, when in fact Japan is tied to the terms of a Japan-US security agreement and has no right to refuse Osprey deployment.