Should abortion be legal? 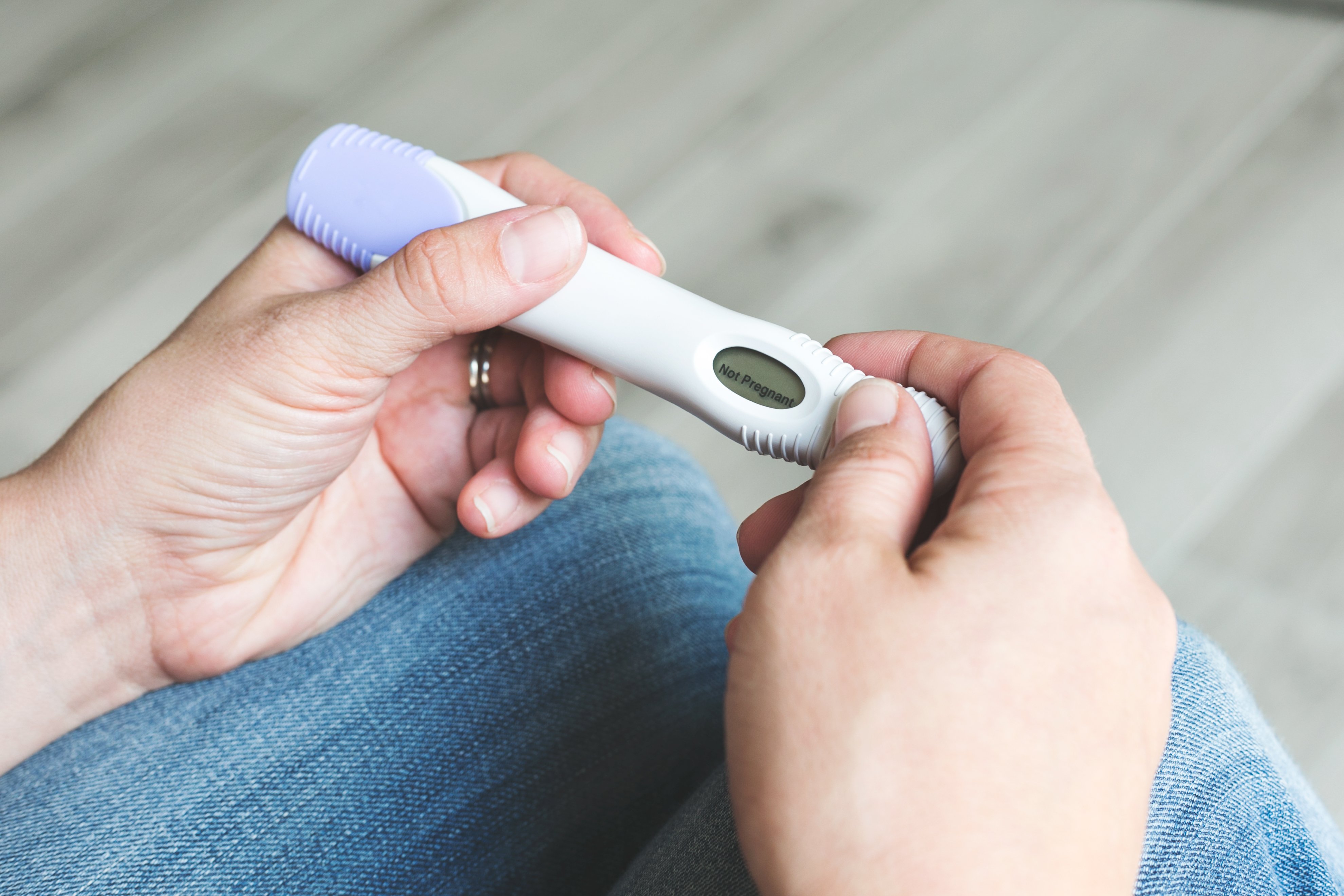 On October 29th, a U.S. District Court judge temporarily blocked an Alabama abortion law. Alabama’s abortion law was reported nationwide when the law was passed on May 15th. The law says it does not allow people to have an abortion, even a pregnancy caused by rape or incest. It caused a huge protestant movement and was reported nationwide. Some celebrities criticized the law as it continued to be reported across the world. While there was criticism, there are nine states already in the U.S. which banned abortion. The law has now been blocked by a federal judge while the American Civil Liberties Union said that people have a constitutional right to abortion. This topic “should abortion be legal” also connects with religion, ethical viewpoints, and politics.
Stats of Viewpoints
Abortion shouldn’t be legal.
1 agrees
0 disagrees
Abortion should be legal and opened.
1 agrees
0 disagrees
It depends on the state in question
0 agrees
0 disagrees
Viewpoints
Add New Viewpoint

“Abortion is murder” is one of the biggest reasons against legal abortion. Killing a person is wrong and against the law. No matter what, killing human life should be illegal. Abortion is the killing of a human being and it is not only an ethic problem but also a religion issue. According to the bible, killing a person is not allowed. This is why Alabama, a very conservative and religious state, passed the anti-abortion law. An argument is also made that the constitution gives the unborn child the same rights as everyone else, which includes the right to live. Reference/ The Washington post: Alabama abortion law temporarily blocked by general jadge washingtonpost.com/health/2019/10/29/alabama-abortion-law-temporarily-blocked-by-federal-judge ProCon. ORG: Should abortion be legal? abortion.procon.org

Agree
Disagree
Latest conversation
Daniel Halliday
Submitted
DH edited this paragraph
In addition, a declining birth rate is becoming a familiar pattern in many developed countries, so the last thing people should be doing is encouraging abortion. If anything most countries should be protecting unborn life for the sake of future societal, moral and economic stability, and when a child is unwanted they should be encouraging adoption. Legalising abortion would just lead to an increase in promiscuity and disease, and in a global climate where some of the worse sexually transmitted diseases are on the rise this should be avoided at all costs. Not to mention the damage such an invasive procedure can wreck on a woman’s body. Damage to the female reproductive organs, sometimes causing sterility and ectopic pregnancies, can happen in 20-30% of women who receive abortions, and 30-40% of women go on to experience unexplained miscarriage, according to a study published by Charles University in Prague. It is clear that the damage caused to a woman’s body is still not clearly understood, and despite abortion advocates trying to paint the procedure as a risk free procedure, it continues to pose a risk to women – especially to young women. Abortion is a controversial topic, but making it completely legal is morally repulsive and could have massive social consequences, causing disease and severe health problems for women. Money, time and energy should instead be put into making abortion and fostering smoother, safer and quicker so that the natural alternative can be easier than this ugly, dangerous, murderous procedure. Reference/ The Washington post: Alabama abortion law temporarily blocked by general judge https://www.washingtonpost.com/health/2019/10/29/alabama-abortion-law-temporarily-blocked-by-federal-judge/ ProCon. ORG: Should abortion be legal? https://abortion.procon.org/ IN NUMBERS: Global HIV/AIDS cases still on the rise https://www.rappler.com/newsbreak/iq/217903-numbers-global-hiv-aids-cases Abortion Can Damage Women https://www.pathlights.com/abortion/abort05.htm

Abortion should be legal and opened.

An abortion law was discussed for years but the important thing is the U.S. Supreme Court has declared abortion to be a “fundamental right” guaranteed by the U.S. Constitution. Based on the constitution, abortion should be legal and be provided to everyone who needs it. Everyone is protected by the constitution and provided the choice to have abortion. The U.S. Constitution is the one of the biggest reasons that abortion should be legal because it recognizes personal freedoms. Also, we have more reasons, such as the following three reasons below, for the abortion right to be given to all people. First, women should not be forced to have a child when the pregnancy is a result of a crime, for example rape or incest. If an abortion is illegal, women can have huge psychosomatic stress by being forced to have a child. Second, we sometimes need an abortion to protect women’s health. Pregnancy and the process of giving birth contains many risks to their body, in some cases women have risks to their lives. To avoid possible physical damage, we need a choice to have an abortion. Third, people should have the right to have abortion for social reason. For example, the mother is too young to raise a child. An abortion would help a mother’s lifestyle and a child’s future in this case because when the mother is too young it can cause child neglect. References/ ProCon. ORG: Should abortion be legal? abortion.procon.org BBC: Reason for abortion bbc.co.uk/ethics/abortion/legal/when_1.shtml

Agree
Disagree
Latest conversation
Daniel Halliday
Submitted
DH edited this paragraph
Neglect and abandonment are all too common in the world, which is why 387 million, or 19.5% of the world’s children live in extreme poverty compared to just 9.2% of adults according to UNICEF. Considering the massive cost of raising a child it is understand that many children live in poverty, with US estimates going as high as $200,000, many people simply cannot afford to raise children. Is it not crueler then to both prospective parent and the child to force this upon them? Is it not kinder to allow the parent to terminate this potentially miserable life before it even starts and before it makes the parents life harder also. Is it not more humane and within a woman’s rights to choose to avoid this suffering for herself and another life? In addition to an orphan epidemic and rampant child poverty there is thought to be an adoption crisis, with rates of adoption far beneath what they could be to ever address the 153 million orphan children worldwide. Adoption is also a lengthy process with most countries lacking adequate foster care system to provide for children until they are adopted. Furthermore many experts believe the world is massively overpopulated as it is, in this shocking environment abortion should be allowed to help alleviate these massive social problems, levels of poverty and the lack of care for children internationally. References: ProCon. ORG: Should abortion be legal? https://abortion.procon.org/ BBC: Reason for abortion http://www.bbc.co.uk/ethics/abortion/legal/when_1.shtml Children, HIV and AIDS http://data.unicef.org/topic/overview/child-poverty/ The Average Cost of Raising a Child https://smartasset.com/retirement/the-average-cost-of-raising-a-child 9 Powerful Stats About The Orphan Crisis https://showhope.org/2015/06/19/9-stats-about-the-orphan-crisis/

It depends on the state in question

Just as cultural norms and values differ from one society to another so do laws, and a country’s legal system should, and inevitably will, always reflect the beliefs and moral values of the people they represent unless the society has descended into totalitarianism. It is difficult to decide what should be applicable universally for this reason, many countries wherein the majority of people are religious view abortion as morally wrong and abortion is often illegal in such states. Who is to say these people are wrong in their own country? If a society value their religious doctrine above all else to enforce a world law that contradicts this would be disastrous, and akin to advocating legal tyranny.

Most countries in the world are now democratic so some degree, and in such democracies it is only right for the laws of the land to reflect the people just as elections will, either directly or through a representative, help shape the governing of the country. To argue the opposite of that most people consider to be ethical will only be met with hostility and argument and would inevitably be voted down or voted out in a democratic system. Exporting a ethical mindset is not an easy task and could be viewed as obnoxious and overbearing to people that have the opposite view.

Just as it is difficult to impose bans on certain weapons worldwide, it would be impossible to impose such a law as this, and we should not waste time in proposing such changes. Education and dialogue on the ethical nature of abortion would be a much more reasonable and effective way to approach the legal question of abortion, if a majority can understand that abortion is something that will inevitably happen regardless of the law and it be safer and fairer to allow everyone access to abortions laws could be accepted. In this way education should be the main mission of abortion advocates, and likewise democracy should be advocated too, as many democratic countries are in decline meaning that most states tend to be or are becoming more autocratic. These countries may not even reflect the beliefs of the people of that country but may be imposing individual beliefs, thus making these regions less susceptible to adhering to any kind of law, international or otherwise.

Reference: Why should law reflect social morals debatepolitics.com/religion-and-philosophy/100853-why-should-law-reflect-social-morals.html Laws may be ineffective if they don't reflect social norms news.stanford.edu/news/2014/november/social-norms-jackson-112414.html How many democratic countries are there in the world? answers.com/Q/How_many_democratic_countries_are_there_in_the_world Moral Relativism plato.stanford.edu/entries/moral-relativism

Agree
Disagree
Latest conversation
Daniel Halliday
Approved
DH edited this paragraph
Some international regulatory bodies do exist however such as the International Criminal Court and the International Court of Justice, whose purpose it to preside over matters of international law. However many nations have stated for numerous reasons that they do not recognize such courts, with even many powerful states not recognizing some widely accepted international laws. Abortion cannot be made legal everywhere as it would be unworkable in the current international legal system, if abortions were to become an internationally recognized law cultures that didn’t recognize the ethical nature of abortion would simply not ratify the law and not be legally obliged to follow it.
Translate