Is the UK ready for a “No-Deal” Brexit? 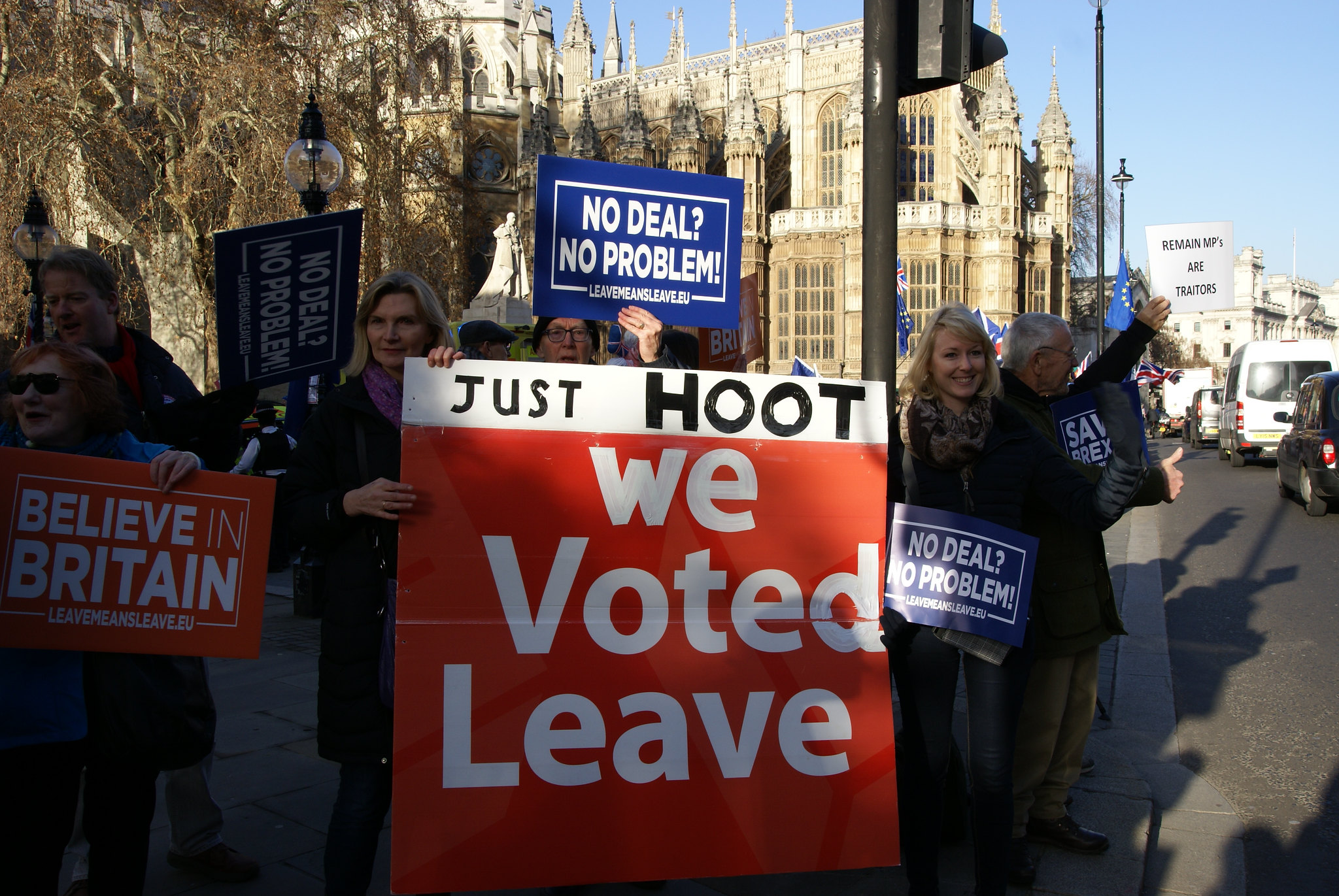 Angela Merkel has now given Boris Johnson 30 days to find a solution and avoid a no-deal Brexit; meanwhile Emmanuel Macron has also stated he sees Britain leaving without a deal as the most likely outcome. Boris Johnson has indicated extensively that he is ready to leave the EU without a deal, so it looks increasingly likely that Britain’s latest Prime Minister will take the country nearer to leaving the European Union without an exit deal on 31st October 2019. But how will a no-deal Brexit effect British citizens and businesses? Is the country ready to trade with tariffs set by the World Trade Organization? Is the UK ready for a no-deal Brexit?
Stats of Viewpoints
No, plans don't answer all the questions that a no-deal poses
0 agrees
0 disagrees
Yes, money and plans are in place
0 agrees
0 disagrees
No-Deal is being used as leverage by Johnson to avoid a no-deal Brexit
0 agrees
0 disagrees
Viewpoints
Add New Viewpoint

No, plans don't answer all the questions that a no-deal poses

As Brexit negotiations look to be extended again, it is still clear that there are a number of ways left for Johnson to enact a no-deal Brexit, something most commentators seem convinced he is holding out hope for. But the scale of a no-deal remains unfathomable with too much left up in the air without an answer. At this late stage there is still no definitive answer to a number of major issues, possibly causing confusion and difficulty in areas such as trade, markets and tariff schedules, good supply and border crossing paperwork, business certifications, driving licences, and EU citizenship rights. Not to mention the massive threat of violence around the unresolved issue of the Northern Irish border, while Johnson may be subtly advocating for a no-deal, not many people in the UK are ready for one.

Yes, money and plans are in place

Since coming into power as Prime Minister Boris Johnson has allotted a massive £6.3bn on putting in place the infrastructure to deal with Brexit, in addition to another £26bn being put aside by the treasury as an emergency no-deal fund. This will go toward paying for £400m in medical supply stockpiles, £250m on helping businesses deal with Brexit, and £350m for 500 extra border officials to deal with new border and tariff rules, as well as funds for the channel tunnel, extra checks at Calais, and an overflow parking area already being in place. There is also a provisional tariff schedule that was published in March 2019, intending to allot 87% of goods to come through as tariff free, but could be changed in the future, maximising flexibility. Dossiers such as yellowhammer, that led to a lot of controversy around the governments no-deal Brexit preparedness, are out of date and a completely worst-case scenario, much of this has now been improved and many of the issues outlined have been accounted for.

A no-deal Brexit will not simply make things more difficult for the UK as no country, or indeed their economy, exists in a bubble on its own, and for a former European country crashing out of the European Union will have knock on effects for the European trade also. It is clear then that it is in the EU’s best intention also to see the UK negotiate some form of exit deal and with this in mind Johnson’s hard-line posturing is probably just a way to get the EU to reopen negotiations. It seems that for now this is exactly what has happened with 30 days to renegotiate being given by Merkel, so Johnson might just yet secure some form of deal before the deadline.