What impact did the reign of Charlemagne have on Europe? 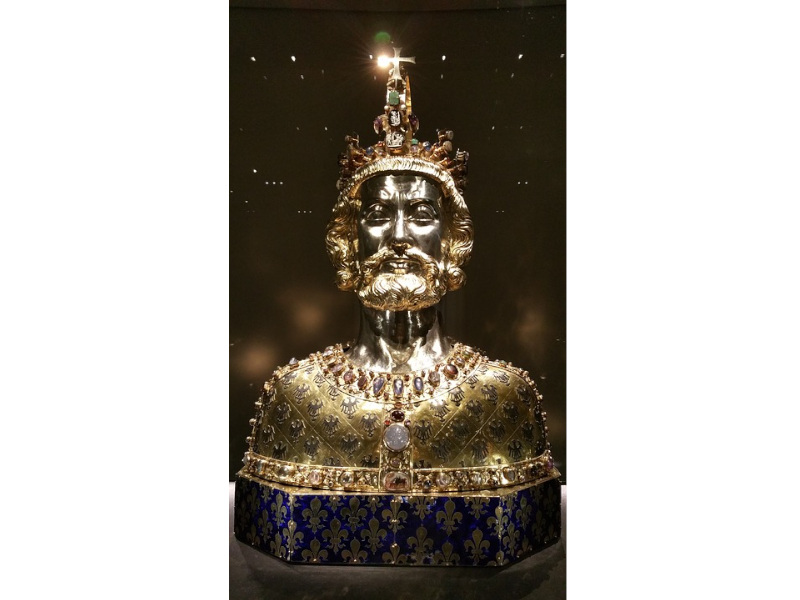 A religious divide across the continent

Charlemagne was considered to be domineering influence on the Church in his empire. As Charlemagne interfered heavily in church affairs, overseeing church counsels, the nomination of bishops, the enforcing of clerical discipline and of public morality, his empire is thought to have functioned as a theocracy with the monarch being in control of all aspects of religious and secular life. At the time Byzantine was already a true theocratic Empire, the Emperor as the supreme authority over church and state, and this antagonism for authority over the church eventually helped lead to a split in Christianity, bringing about a massive cultural divide in Europe known as the East-West Schism. This divide led to what are now known as the Catholic Church in the West of Europe, and the Eastern Orthodox Churches of Eastern Europe.

During a thirty year campaign to Christianise the region of Saxony, Charlemagne carried out a murderous campaign against the Saxons and their culture. Charlemagne was engaged in constant warfare throughout his reign, but it was against the Saxons that his brutality reached its worst, beheading around 4500 Saxon leaders in 782 in an effort to curb Saxon Paganism. He then continued by destroying the Irminsul, a sacred tree in Saxon Paganism, making at least part of Charlemagne’s legacy one of the homogenisation of European culture and an attack on diversity.

Charlemagne was a Frankish king that became Emperor of most of Western Europe and started the Holy Roman Empire. Through inheriting a fierce military tradition and expanding Frankish borders further than ever before, Charlemagne ruled over an area that makes up the majority of modern day France, Germany, Holland, Belgium, Switzerland, and Italy. However Charlemagne’s main legacy remains the Carolingian Renaissance, a period of time in which arts, culture and education were actively encouraged, and that brought Europe out of a period of cultural stagnation. The flourishing of architecture, the economy, Catholicism, codified administration and of scholarly pursuits meant Charlemagne oversaw an intellectual renaissance in Western Europe.