What does Netanyahu’s plan for Jordan Valley annexation mean for Palestinians and peace talks? 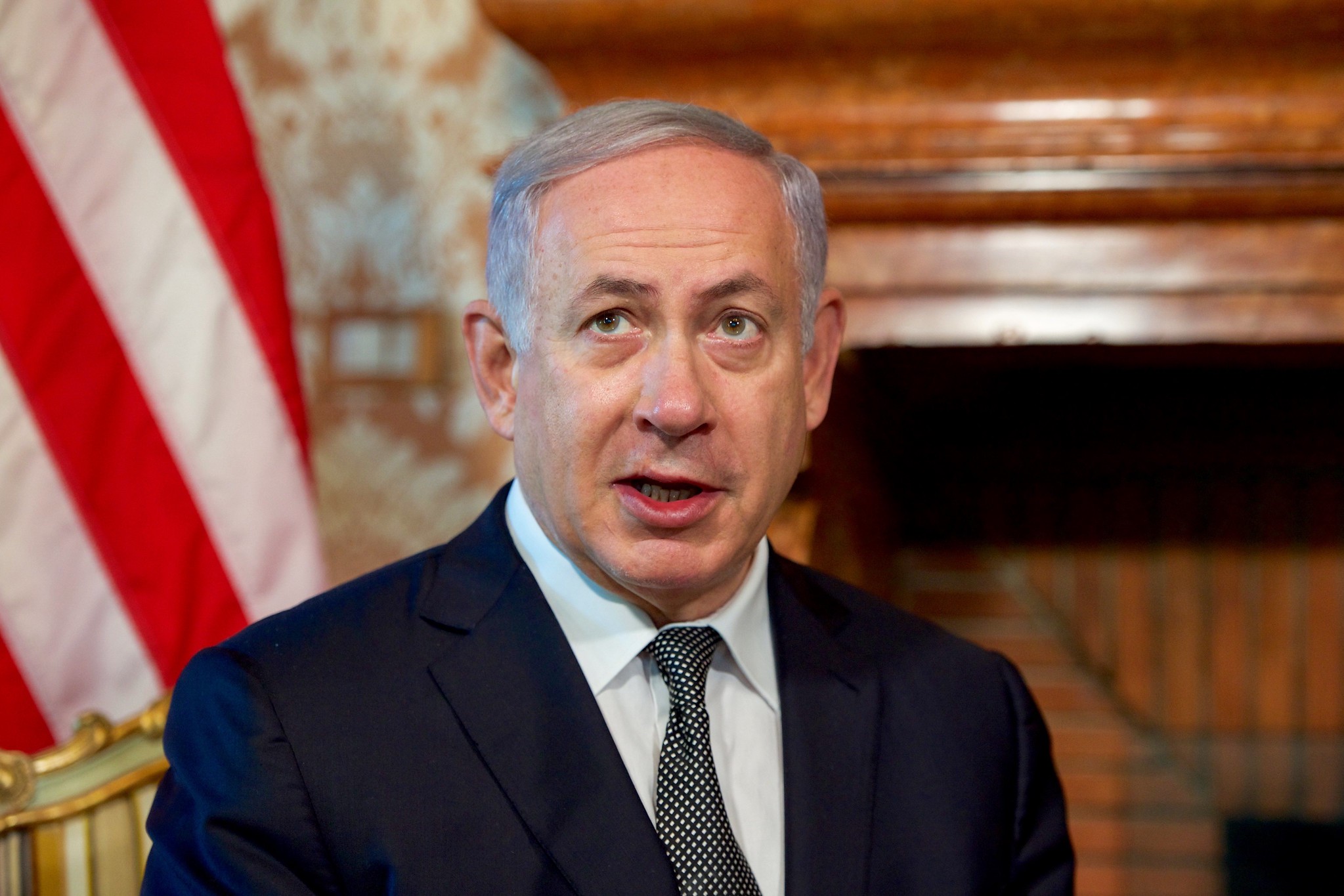 Today Israeli Prime Minister, Benjamin Netanyahu, delivered a speech in the run up to the latest Israeli elections outlining his plan to annex the Jordan Valley of the occupied West Bank if he wins the election. However this plan would arguably be widely viewed as an illegal annexation of what is already an illegally occupied territory, the United Nation’s Special Rapporteur, Richard Falk, already referring Israel's occupation of the West Bank as "an affront to international law." Where does Netanyahu’s plan leave Middle Eastern peace talks, and what is the fate of 65,000 Palestinians living in the West Bank if these plans go ahead?
Stats of Viewpoints
Stalled
0 agrees
0 disagrees
Netanyahu has no intention for meaningful peace talks
0 agrees
0 disagrees
Further illegality and suffering
1 agrees
0 disagrees
Viewpoints
Add New Viewpoint

Palestine has now declared that the US cannot be a trusted mediator in the Israel-Palestinian conflict, and judging by the close relationship enjoyed by the Trump and Netanyahu administrations, this is a clear sign the Trump is in fact failing to deal with issues such as this. This may be empty rhetoric on Netanyahu’s part but demonstrates his clear intentions and is not going to help the situation, or opinions on Trump’s negotiation abilities, something that often comes under fire. This situation was originally stalled by Trump announcement to move the US embassy in 2017, is worsened by Netanyahu's rhetoric, was worsened with the proposal of Jared Kushner's 'econocentric' peace deal, and is dead in the water as of 2020 with top Palestinian officials comparing Trumps peace plan to apartheid.

Netanyahu has no intention for meaningful peace talks

This is old rhetoric that Netanyahu is using to try and get more votes in this very difficult political impasse that has led to repeated re-elections in Israel. This is nothing new from Netanyahu and may not be something he can seriously orchestrate, opposition inside Israel and internationally would be too strong. He is merely signaling to conservative voters and politically posturing rather than laying out any realistic plan, as he seeks political power not meaningful peace.

This plan involves what is widely regarded as an illegal annexation, and it will potentially accelerate the suffering of the Palestinians who are already suffering wide spread oppression and occupation by both Israeli forces and illegal settlers. This would also break many internationally backed agreements between Israel and Palestine and peace talks would be set back to square one. How can the international community and Israel’s opposition stand back and allow this to continue at this point? If he executes these plans Netanyahu and the Israeli government should be sanctioned in the same way Russia was for the annexation Crimea.