Is France still taxing some of its former colonies, and causing further economic difficulties in Africa? 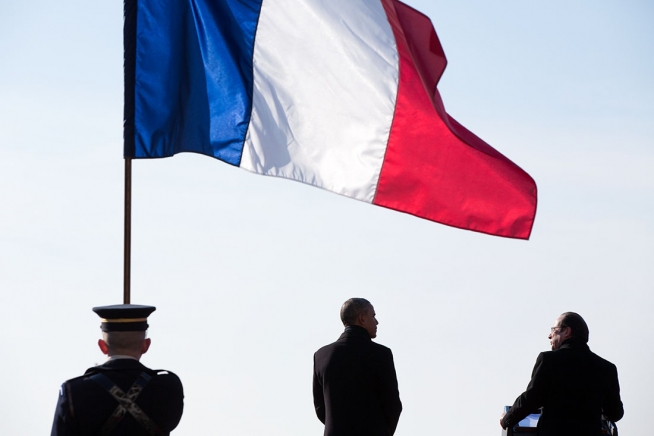 Numerous African heritage or history blogs claim that many African nations are still paying colonial debts for buildings and infrastructure built by the French, or through forcing African nations to keep foreign reserves in France’s central bank. Is there truth to these claims, are France purposely continuing to destabilise former colonies and extending their sinister legacy in Africa? afrolegends.com/2017/05/01/the-11-components-of-the-french-colonial-tax-in-africa globalblackhistory.com/2015/12/how-france-continues-slavery-colonialism-in-the-21st-century.html globalresearch.ca/frances-colonial-tax-still-enforced-for-africa-bleeding-africa-and-feeding-france/5547512
Stats of Viewpoints
Yes, the claims are true
0 agrees
0 disagrees
Yes, but more through military involvement than economic manipulation
1 agrees
0 disagrees
No, claims are exaggerated or out of context
1 agrees
0 disagrees
Viewpoints
Add New Viewpoint

Yes, the claims are true

The French stranglehold over several West African states goes far beyond questionable currency arrangements, and while a direct tax may not be paid colonial debts are still in place, with former French African nations still having to pay for their country’s infrastructure that France takes credit for building. In this way and through similar renting schemes African nations are paying rent for former French colonial buildings, a similar situation to paying on-going colonial taxes. Any other country would cause outrage if they imposed a colonial type monetary policy, in which foreign reserves were held by the country in question’s Treasury without investing in infrastructure or positive fiscal development, while also interfering militarily, covertly and overtly, without working toward peace, as can be seen in Libya and across sub-Saharan Africa. In this way France continues to be the unsung villain of international military meddling on a much larger scale than even the US or Great Britain given the size of African territories.

Yes, but more through military involvement than economic manipulation

Many things being quoted in the above mentioned articles are out of context, being sloppily presented or exaggerated but have some level of truth behind them. What they are describing is the ‘francafrique’ policy relationship between France and several former colonies, while not a direct tax on former colonial states it could be described as an unhealthy or exploitative exchange between France and several West African Nations. Furthermore France's historical backing of several African coups and current covert military involvement in situations such as the dire state of affairs in Libya are doing nothing but exercising a sort of neocolonialist influence while further complicating the matter. In the case of Libya France are even in direct opposition to the path being sought by the international community at large through their support of General Haftar.

No, claims are exaggerated or out of context

The majority of claims made in these articles are heavily exaggerated misleading or taken out of context and have been somewhat debunked. Users ChrisW and Larian LeQuella from the “skeptics” debunking message boards of the coding knowledge sharing platform stackexchange.com found stories that matched the claims of similar websites, and found that the numbers were exaggerated and taken out of context. Through matching the claims of these websites with other evidence it seems the claimed $500 billion yearly moving from African countries to France is actually a fixed $20 billion in foreign currency reserves kept in the French National Bank in order to fix the exchange rate between the Central and West African CFA francs and the euro, not a tax or a debt.