What is the Ramayana? 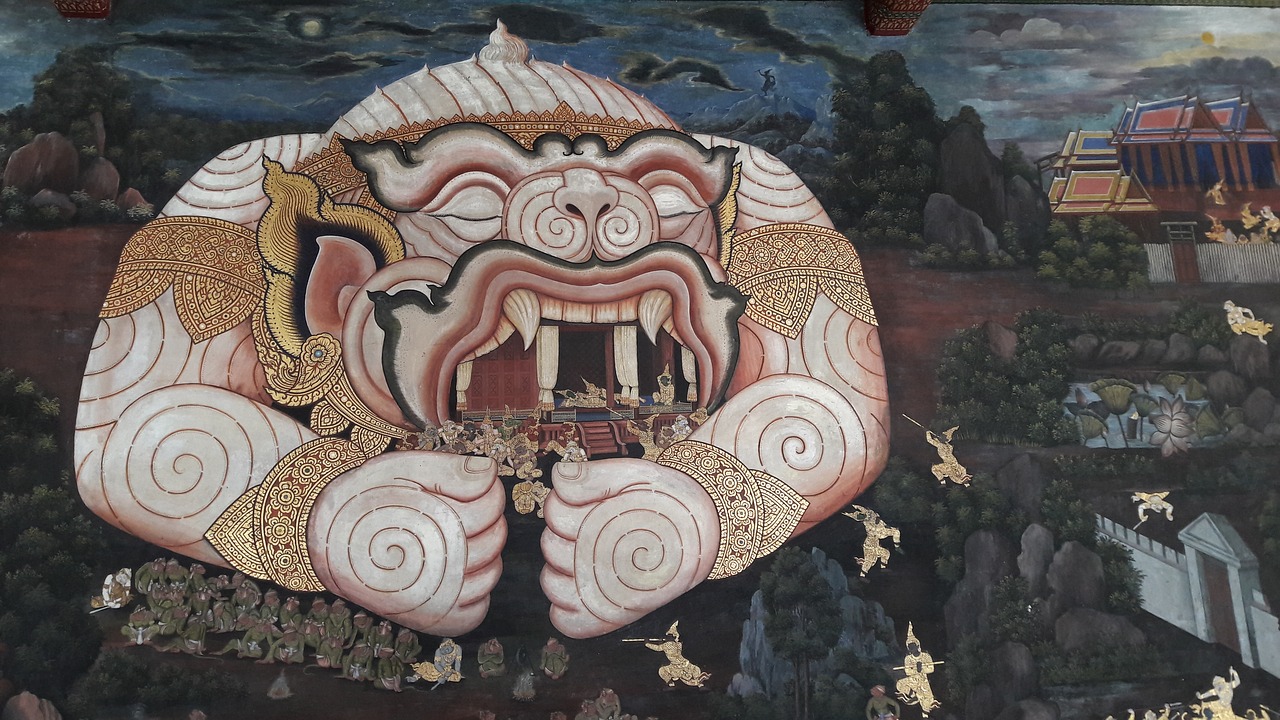 The story of the Ramayana consists of many different versions in many different cultures, with characters and legends also appearing in other stories and other traditions, demonstrating the nature of this story as one that stemmed from a long history of oral storytelling. In this respect the story of the Ramayana goes far beyond the Hindu centric world and has had profound impact on literature from other cultures of the Indian region, including Jains, Sikhs and Buddhists and has even influence literature as far west as Persia. Due to this long and ancient oral history preceding the written texts, the influence of the Ramayana is felt much further throughout East and South-East Asia as well, and in much more than literature having informed architecture, sculpture, dance, theatre, and poetry as far away as Japan, the Philippines and Indonesia.

The story of the Ramayana comes from an oral tradition that is thought to have first been recorded by Valmiki, the first poet of Sanskrit literature, at some time during the 7th-3rd century BCE. It follows the legend of Prince Rama and his wife Sita as they are banishment from their family’s kingdom, and the story ultimately covers the couple’s return to the kingdom and Rama’s eventual ascension to the throne as king. The poetic epic is written nearly entirely in ‘shloka’ poetic meter, a 16 syllable stress pattern, and deals with the main theme of truth ultimately defeating evil, but goes further to encourage the audience to forgo their inner evil and arrogance. The work is one of the most segnificant and oldest ancient epics.

The Ramayana is not just an epic ancient story, but to many across the world it is a philosophical work of deep truth and spiritual significance. The poem is considered to be the first poetic work of the Hindu tradition, conveying Hindu archetypal ideals and presenting the model of many of societies roles. This profound symbolic work is meant to also be representative of the body and mind, with the characters interactions acting as an analysis of how to balance those essential aspects of life.