Should guns be banned in the US? 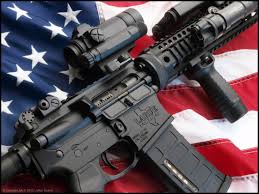 Yes and constitutional reform will enable this

Constitutional reform is needed to deal with this massive social catastrophe of American gun culture. The second amendment was written hundreds of years ago and American society was massively different back then, it was a newly independent colonial society of slave owners committing genocide against indigenous peoples and dominating societies by force. The America of today shares little resemblance to the America in which the constitution came into force. Since this time the constitution has been amended 27 times and gun crime and gun violence in the US have reached endemic proportions and desperately needs to be addressed.

Many other countries have had issues with mass murder and introduced stricter gun laws to ultimately solve the issue, Australia is often cited as an example, but Scotland and Finland have also done the same following mass shootings. Many countries have managed to control gun violence by placing better control on who can have a gun, mental-health evaluations, background checks and even proficiency tests have been used to ensure people with guns can be trusted. But the relation is clear, societies with less guns have less gun deaths and at this point the United States should be looking to ban guns to deal with their out of control gun culture, and reforming the constitution would be the best way to go about this. Even George Washington famously said "the basis of our political system is the right of the people to make and to alter their constitutions of government" [1].

Agree
Disagree
Latest conversation
Daniel Halliday
Approved
DH edited this paragraph
Many other countries have had issues with mass murder and introduced stricter gun laws to ultimately solve the issue, Australia is often cited as an example, but Scotland and Finland have also done the same following mass shootings. Many countries have managed to control gun violence by placing better control on who can have a gun, mental-health evaluations, background checks and even proficiency tests have been used to ensure people with guns can be trusted. But the relation is clear, societies with less guns have less gun deaths and at this point the United States should be looking to ban guns to deal with their out of control gun culture, and reforming the constitution would be the best way to go about this. Even George Washington famously said "the basis of our political system is the right of the people to make and to alter their constitutions of government" [1].

Not banned, but controlled

Banning is a completely losing argument in the US, a country that is home to around 46% of all the world’s gun owners, but greater gun control could be a possibility and is clearly needed. The gun situation in the US is seemingly out of control currently, with mass murders being frequently carried out using semi-automatic assault weapons, firearms that do not have a use in hunting or sport, and are arguably excessive even in self-defence situations. The need for some gun control is becoming so apparent that opinion is beginning to change around the issue, Fox News conducted a survey in August 2019 and 90% of people asked said they were in favour of background checks, 81% were in favour of removing guns from at-risk individuals and 67% were in favour of banning assault weapons.

The country was founded on a right to bare arms and this is enshrined in the US Construction and amending the Constitution remains an unpopular idea, but the idea of a well arm militia is antiquated and in a country that values life this is an inevitable choice that needs to be weighed up. There was a 60% drop in gun-related homicide in Australia when gun control was introduced quote needed, so there is a clear guideline for America to follow as many countries have long since dealt with this issue. This would not only go a long way to address violence in the country, but also the US suicide rate, the whole country has a comparatively high rate of suicide and states with higher gun ownership have higher suicide rates.

No, guns can improve safety

Despite dominating the headlines, mass shootings and mental health problems account for a tiny fraction of gun violence in the United States, with the majority involving suicide and gang violence or criminal use. Why would anyone advocate for banning a potentially useful self-defence tool before advocating for at least a study into why the suicide rate is so high in the richest country in the world? Secondly, why would you ban guns to reduce suicide when there are many other ways to commit suicide, and more importantly why ban guns when the second most common reason for gun violence is criminal activity? No, the US doesn’t need to ban or control guns but instead should educate its citizens further about how to use these valuable self-defence tools safely, while putting resources into tackling suicide and crime in the country, both of which will continue regardless of gun legislation.

Guns are tools and are not inherently evil, a responsible trained gun owner could in fact be a force for good potentially making themselves, their family and their community safer, making it more difficult could leave people less able to defend themselves in dangerous circumstances. Likewise any efforts to control issues like guns by banning them would also have negative consequences as a black market would develop around their trade, preventing responsible people from accessing guns and limiting them to individuals with criminal connections. Responsible gun ownership should be encouraged, the more people have guns the more people will be able to stop violent crime and adequately defend themselves.

The link between guns, immigration and drug reform

The problem in the United States is bigger than just guns, and the latest shootings are evidence that the mass murder problem is beginning to evolve into a white-supremacist terrorism problem, much more complex than just the legal status of gun ownership. A multitude of factors are at play in this climate also, racism, extreme political rhetoric, and the criminalisation of immigration, and while guns, racism and ‘trumpisms’ may be difficult to address directly in America, immigration and drug reform may go some way to address this problem in the medium term. Treating migrants and drug users with compassion may help relieve racial tensions and drug epidemics somewhat, but on a larger scale the US ‘War on Drugs’ pushes drugs underground, generates a lot of money and power for cartels. These cartels making living conditions south of the US border much worse in some regions, ultimately causing larger levels of immigration and exacerbating the issue.

Abolishing or reforming ICE (U.S. Immigration and Customs Enforcement) may help to reform the process of immigration in the country, and making legal immigration easier would go some way to deconstruct the black market around immigration in a similar way to the drug market. Taking the issue of immigration from a criminal to a civil issue would also free up law enforcement to concentrate on more serious crimes (such as mass shootings for example). But real long term changes to address the scale of immigration and its underlying causes would go a lot further to addressing the issue and others related to it, and the war on drugs, which rather than prevents, actually fuels violence across Latin America, exasperating the American immigration situation, racism and mass shootings. The issue of gun violence runs much deeper than just gun legislation, and needs to be addressed holistically or such social problems will not go away, banning guns would be placing a bandaid on a gunshot wound.

How should article 2 of the United States constitution be interpreted?

The debate on gun control in the United States is concerned with how to interpret Article 2 of the United States Constitution.A well regulated militia being necessary to the security of a free state, the right of the people to keep and bear arms, shall not be infringed.

Agree
Disagree
Latest conversation
Daniel Halliday
Submitted
DH edited this paragraph
This is the main reason people defend gun ownership and the second amendment of the US constitution so passionately, the idea that the government should not be trusted to be the arbiter of gun ownership is a commonly held view that has arguably become an inseparable part of American culture. This is based on the knowledge that the Founding Fathers of the United States wrote the constitution with the sole intention of limiting the US government to be a very minimal force in the country, so that states would be in greater control of issues that effect them at a more local level, and to help facilitate in maximising citizen’s freedoms. As the modern US Federal Government has stretched to such a great level over the centuries, many Americans have lost trust and have doubled down on the protection of their constitutional rights. Pro-gun Americans often believe any large government that seeks to limit the freedoms of its citizenry is a dictatorial force and at odds with the initial goals of the Founding Fathers. There are many justifications use to defend gun rights in the United States but the explicit mention of the "right to bear arms" in the US Constitution remains the most popular validation. https://www.cram.com/essay/The-Second-Amendment-Of-The-American-Culture/PKWWZS53UYKQ
Translate