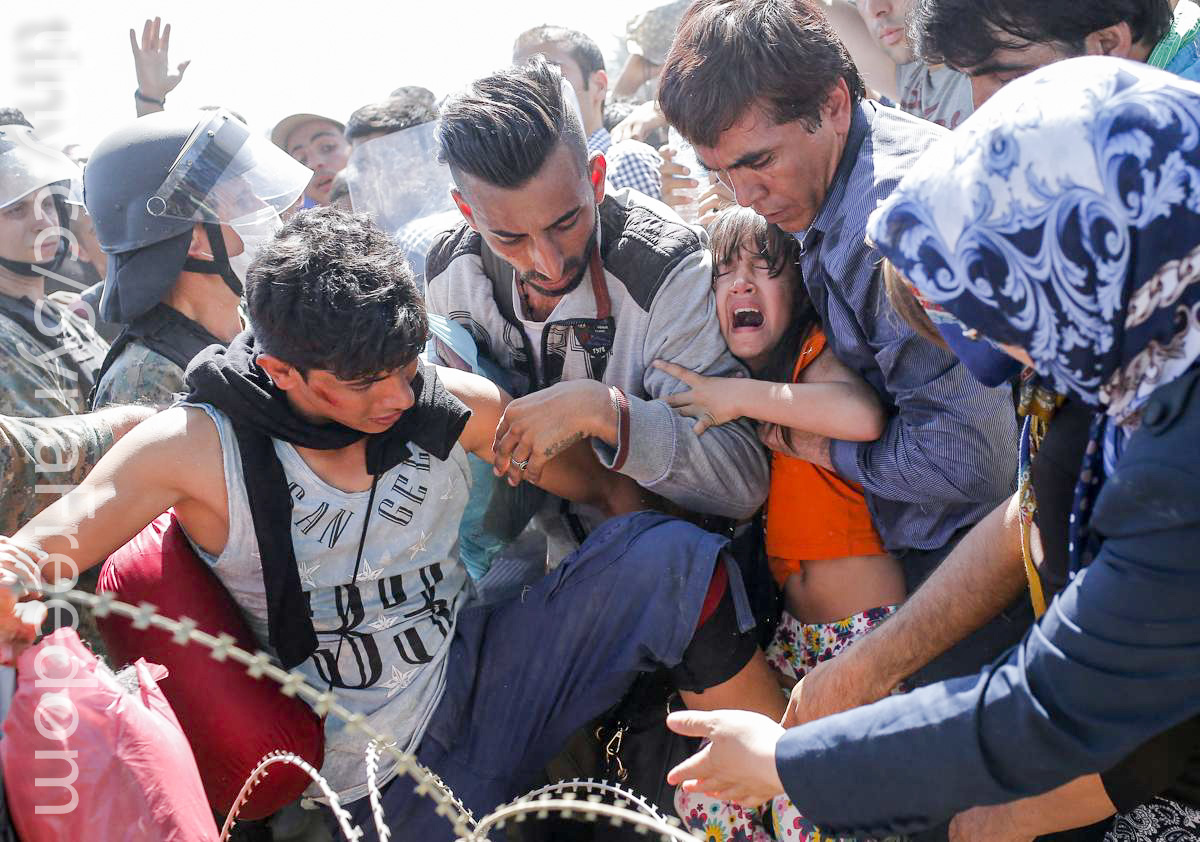 Thousands of mostly Syrian migrants have become trapped between Greece and Turkey as Turkish President Recep Tayyip Erdoğan opened the Turkish border in late February 2020, allowing migrants to continue on to Europe. The last three months have seen a period of massive displacement in Syria, with nearly a million Syrians fleeing recent fighting in Idlib, by crossing the border into Turkey. But the situation became a migration stalemate when Erdogan allowed migrants to leave the country and they were subsequently halted from entering Greece following many years of growing anti-migration sentiment in Europe. Was President Erdogan right to open the border for Syrian migrants to enter Europe? theguardian.com/world/2020/feb/29/erdogan-says-border-will-stay-open-as-greece-tries-to-repel-influx nytimes.com/interactive/2020/02/14/world/middleeast/syria-idlib-displaced.html
Stats of Viewpoints
No, this is all based on Turkish Kurdophobia
0 agrees
0 disagrees
Yes, Europe needs to change
0 agrees
0 disagrees
No, blackmail
0 agrees
0 disagrees
Yes, a deal as good as broken
0 agrees
0 disagrees
Viewpoints
Add New Viewpoint

No, this is all based on Turkish Kurdophobia

While this move is a seeming breakdown of diplomacy over one of the most hot button global issues, if you look at the driving forces behind it in Turkey they are just as anti-migrant and anti-minority as European objections to Syrian migration. Turkey's plan is not just to house migrants, Erdogan wants to demographically reshape the Syrian border to be more Arab, using the threat of Kurdish terrorism to distance Kurdish settlements form the Turkish border. Turkey is currently lacking EU and US support, and Turkey’s role in Syria is starting to be questioned by the opposition, so Erdogan punishing and pressuring the EU under the threat of unchecked migration of refugees and a reversal on the 2016 migrant pact. This is all based on Turkish Kurdophobia, and should be called out for what it is.

Europe has become exceedingly isolationist and anti migrant and it needs not to be as it poses economic, civic, and even democratic threats to European societies that are currently in the grip of a wave of far-right populist movements. If they are not going to support Turkey in handling the fallout of a war mainly backed by the US and Europe, the US and EU need to take more migrants, or fund Turkey to house them, at the end of the day Erdogan is just going to look after his interests and his country. The US and EU are failing diplomatically and will do economically if they do not rethink their relationship with migration, many states in both regions have falling native populations and ultimately need to use emigration to fuel innovation and economic growth.

The political use of migrants by the Turkish state is horrible, Erdogan has long used this issue as a diplomatic wedge to blackmail EU countries, and this latest example is no different. Erdogan has used the migrant issue to gain aid and for logistical support from Europe and it has worked, the EU have previously paid Turkey 5.6 billion euros as part of an EU-Turkey migrant pact. Despite this agreement Erdogan has repeatedly threatened to open the border unless the EU funds a building project to build houses 30 kilometres into the north of Syria, saying “either that happens, or we open the gates” [1].

Yes, a deal as good as broken

Turkey had reached migration breaking point, with 800,000 new migrants flooding into the country in the last three months, adding to the 3.5 million already seeking refuge in the country. In 2016 Turkey closed it borders with Europe following a deal to curb Syrian migration into Europe, but the EU has failed to keep its side of the deal with Turkey. President Recep Tayyip Erdoğan has stated that Turkey has spent $40bn supporting migrants while the EU has only delivered on half of the $6bn pledged in 2016, Erdoğan said “we will be forced to open the gates, we cannot be forced to handle the burden alone”. Turkey is overburdened with the massive amount of migrants the Syrian Civil War has produced, and the Greek centre-right government trying to crack down on immigration is not the fault of Turkey.