What more can be done to boost public recognition and support for the KuToo movement? 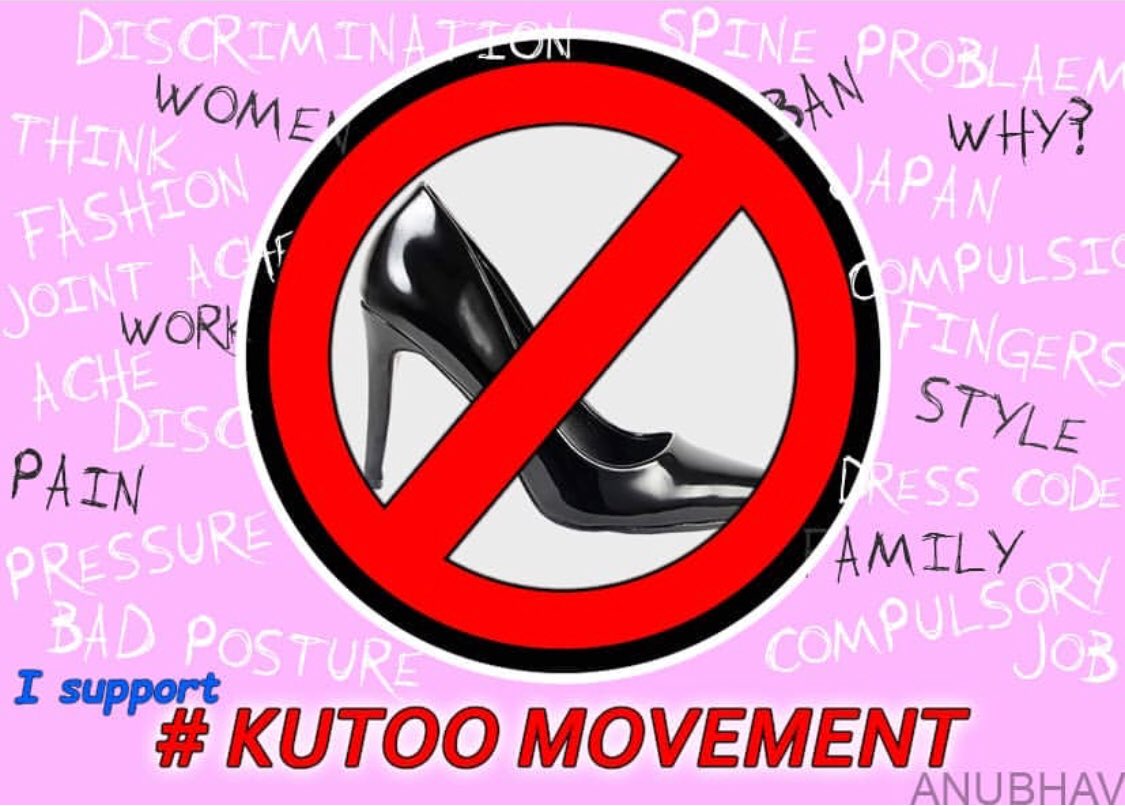 The KuToo movement against compulsory high heel shoe policies was started by Japanese actress Yumi Ishikawa in 2019, and sought to end the discriminatory requirement for women to wear high heels, common in Japanese workplaces. KuToo is a reference to the #MeToo movement, and the Japanese words kutsu (靴) meaning shoes, and kutsū (苦痛) meaning pain, the movement is using the comparison to foot binding to get the issue across to people, and to raise awareness around the real health concerns associated with high heel footwear. Ishikawa has gained enough support for a government petition for the issue to be discussed by the Japanese government, however many remain dismissive of the movement and the issue. What more can be done to boost public recognition and support for the KuToo movement? How can the scope of KuToo be expanded to lead to great gender equality in Japan?
Stats of Viewpoints
Really change will happen through pop culture
0 agrees
0 disagrees
Viewpoints
Add New Viewpoint

Although social movements are important and can raise awareness on fringe issues and can, like in the case of KuToo, force governments to take a hard look at injustices in societies, social movements can also sometimes alienate many people with more conservative views. It is common for social movements to even create a backlash for example with the “all lives matter” movement being started in response to BlackLivesMatter in the United States. However pop culture is often a better arbiter of long lasting social change, as views that go against the mainstream narrative of a society sometimes become the mainstream through dramatic, musical or fashionable representation. In this way music and movies are likely to hold more power for popularising such social movements, for example Little Miss Sumo is a movie highlighting sporting inequality in Japan. Cultural artefacts such as this may do more in the long term for real peoples views a society than government petitioning or online campaigning.