Do you really think Trump will be impeached as a result of the Ukraine scandal? 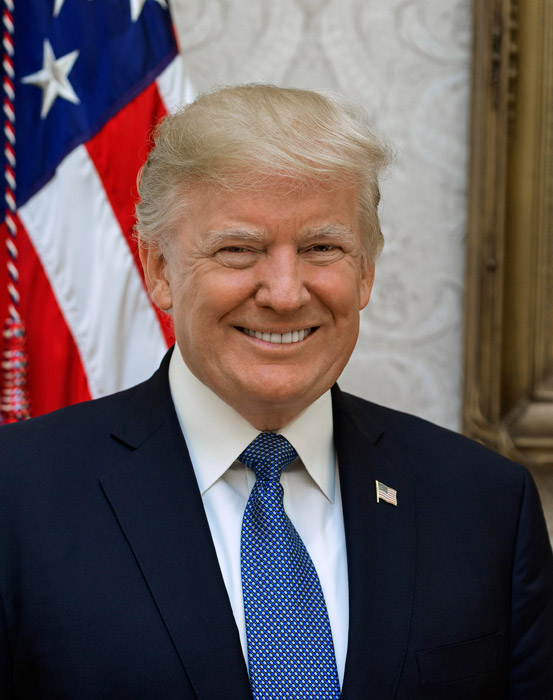 This scandal started from an insider’s accusation about a phone call between US president Trump and Ukrainian President, Volodymyr Zelensky, on July 25, 2019.During Trump’s phone conversation with President Zelensky, he is accused of asking Zelensky to investigate Joe Biden’s son, Hunter Biden, who is involved with a Ukrainian business, in a quid pro quo deal involving military assistance. Joe Biden is a potential democratic candidate for the 2020 presidential election, and Trump's main competitor. So the Democratic Party claims that Trump used his authority to interfere and attempted to influence the next election. If this iillegal request made to the Ukraine president is true, Trump should be impeached. Trump’s guilt has been argued over the last four months.
Stats of Viewpoints
No, but this will backfire for democrats
0 agrees
0 disagrees
Yes, the admission of guilt and abundance of evidence
0 agrees
0 disagrees
No,there is not enough evidence to prove his guilt at this time
0 agrees
0 disagrees
Viewpoints
Add New Viewpoint

No, but this will backfire for democrats

Ultimately Trump is guilty of many things but the whole scandal that became known as Ukrainegate is one of the weaker instances of corruption to prosecute Trump for, and impeaching him for this will be viewed as entirely political and will backfire for democrats. The case of impeachment against Trump for Ukrainegate may indeed lead to his impeachment, but would not withstand legal scrutiny as a criminal case, as it is questionable as a matter of bribery or extortion, and there is no evidence of a ‘quid pro quo', it is merely an accusation. Furthermore, no president has been removed from office following impeachment, with an impeachment trial needing a supermajority of the Senate to vote to impeach Trump, this would be unlikely considering the Republican support Trump enjoys, and Trump is only vaguely implicated in wrongdoing here. The democratic front runner on the other hand is going to have his history and that of his family raked over the coals by Trump, making this impeachment the bad choice and bad timing that will probably help secure Trump’s win in the 2020 presidential election. These impeachment proceedings will not address the deep decay that has beset American politics, but instead may highlight the failings on both sides of the political aisle, further solidifying the anti-establishment rhetoric that Trump used to get into power in the first place. In this way Ukrainegate joins Russiagate as a fake news narrative used to blame Trump for winning the presidency, distracting from the failings of the democratic establishment and will backfire for democrats as they were using impeachment to try and remove a political rival down partisan lines.

Yes, the admission of guilt and abundance of evidence

As soon as the whistleblower came forward to accuse Trump of misusing his office and endangering national security in the 2019 Ukraine scandal, Trump was quick to implicate himself by openly admitting to pressuring President Zelensky. Trump’s lawyer, Rudolf Giuliani, publicly acknowledged pressuring Ukraine also, implicated both himself and Trump, but denied there was any withholding of military aid tied to that, refuting the “quid pro quo” that the whole impeachment case became based upon. This favour for a favour amounted to arranging criminal interference of a foreign nation in a US election, a very serious charge, a clear misuse of presidential powers and hugely corrupt. This criminal intent was then verified when Bill Taylor, Trump’s senior Ukraine diplomat, testified that he was told U.S military aid to Ukraine was being used as leverage until Zelensky publicly announcing investigations into Joe and Hunter Biden. Gordon Sondland, US Ambassador to the EU, then corroborated these claims confirming a quid pro quo was the direction he was given by Trump in regard to Ukraine, and Trump’s guilt was confirmed again in a House Intelligence Committee report in December 2019. This came to ahead when the House of Representatives finally impeached Trump on December 18th 2019 on charges of abuse of power and obstructing congress. Although he was later acquitted by the Republican led senate, a non-partisan government oversight agency/watchdog, the Government Accountability Office, concluded in January 2020 that the White House had broken federal law by withholding Congress approved military aid from Ukraine. Trump was impeached and remains guilty, despite acquittal.

No,there is not enough evidence to prove his guilt at this time

Reason / First of all, the biggest key point of this controversy is whether Trump threatened Zelensky with withholding American military aid from Ukraine. There is evidence that clarify that president Trump did not use American military aid as leverage in a scheme to interfere in the next election. According to the transcript of President Trump's July phone call with Ukrainian President Volodymyr Zelensky, there was no sentence that Trump threatened Zelensky. Their conversation,in short,was about celebrating the victory of the election of Zelensky,eradicating corruption in Ukraine,supporting Ukraine and asking to investigate Hunter Biden. They did not talk about stoping American military aid to Ukraine at that time. It means Trump could not use that as a threatening material. Also when he asked to investigation, Zelensky had been ready to cooperate that because the corruption involving Hunter Biden was important problem for Ukraine too. It turns out that Trump did not put pressure on him. Even if the Democratic Party is the majority of the House of Representatives, the Republican Party is the majority, and the Senate Wall, which requires more than two-thirds of the Senate, is large. While about over 80% of Republican is against Trump’s Impeachment at this time, it could be difficult to remove him without certain proof of abuse of authority. washingtonpost.com/graphics/2019/politics/key-documents-trump-impeachment en.m.wikipedia.org/wiki/Trump–Ukraine_scandal google.co.jp/amp/s/amp.cnn.com/cnn/2019/11/26/politics/trump-cnn-impeachment-poll/index.html fortune.com/2019/10/21/republican-senators-impeachment/amp