What can be done about North Korean missile tests? 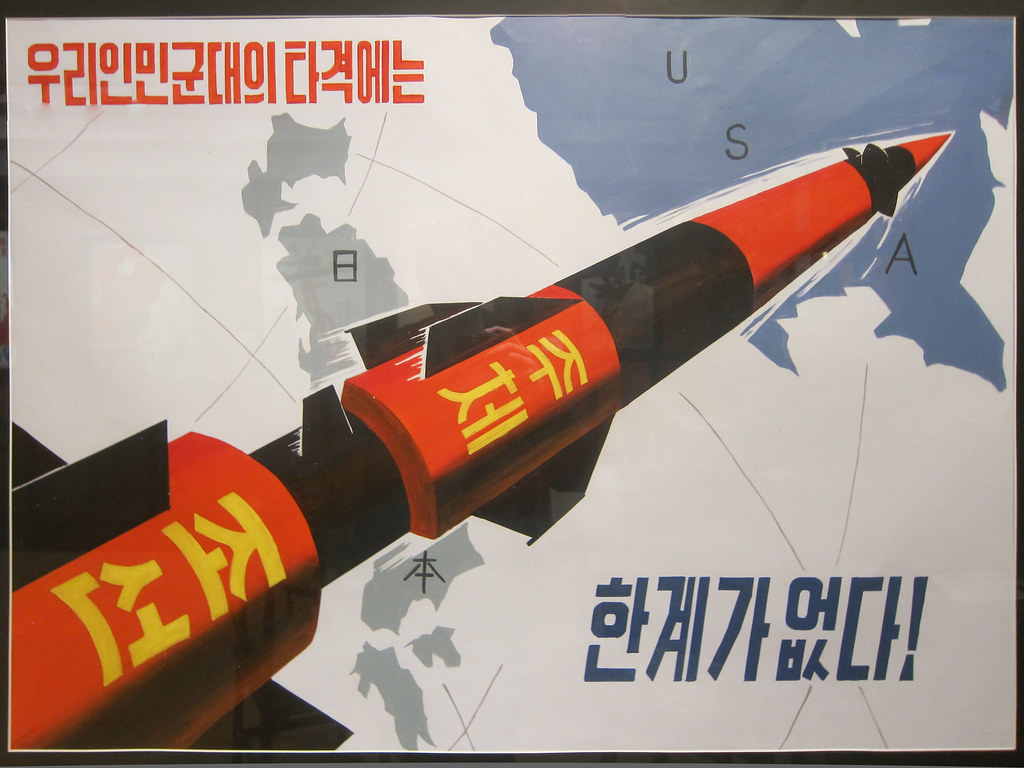 On 2nd March 2020 North Korea fired two as yet unidentified projectiles eastward into the sea. This is just the last of a long list of missile testing the rogue nation has conducted over more than three decades and is one of a growing number of missile tests carried out in recent years, and many of the tests are over or close to neighbouring countries. In October 2019 North Korea launched a missile from a submarine, a distinctly worrying development in the isolated state’s weapons capabilities. But what can be done about dangerous weapon testing North Korea continuously carries out? en.wikipedia.org/wiki/List_of_North_Korean_missile_tests#2020
Stats of Viewpoints
Intervention, the Korean War needs to end
0 agrees
0 disagrees
Viewpoints
Add New Viewpoint

Korea is a grave lesson of what can happen if a war doesn't end and belligerents fail to sign a peace treaty; since this conflict became frozen diplomacy has failed, negotiations have failed and people are actively suffering and dying both in Korea and elsewhere. The way in which North Korea tests weapons will spread this suffering internationally the more they are allowed to continue, and the nuclear issue injects this issue with an alarming urgency that should not be ignored – Kim Jon Il and Kim Jong Un have tested 5 nuclear devises since 2006. Leaving Korea in a state of frozen conflict will just enable the North to develop ever more sophisticated weapons to enable the perpetuation of the world’s longest stand off, this needs to end and military intervention should be considered, considering the danger the world faces here.