Why did the banking bailouts of 2008 fail? 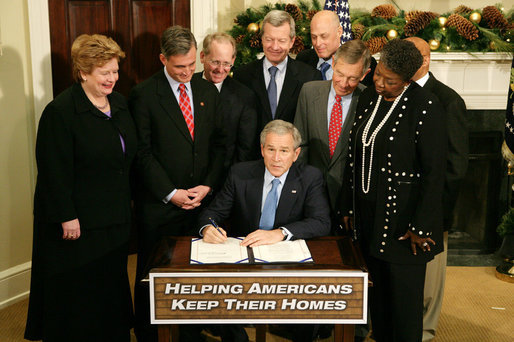 The Great Recession from 2008 onwards was the most severe financial crisis since the Great Depression of the 1930s; it started with a collapse of the American real estate market and resulted in the collapse of the finance sector internationally. It was the failure of these banks, which were thought to be “too big to fail”, that formed the major response to the recession, with numerous politicians believing that a monetary bailout of the big banks would avoid a complete collapse of the world economy. The response in the United States was the passing of Emergency Economic Stabilization Act of 2008, which set up a relief program to buy several hundred billion dollars worth of distressed assets from major financial institutions, it was passed under president Bush and continued under Obama. Over a decade later the bailouts are widely seen as problematic to varying degrees with the world economy showing further signs of an immanent down turn. So, what was behind the failure of the Emergency Economic Stabilization Act of 2008? What could have been done differently?
Stats of Viewpoints
They benefitted banks not borrowers
0 agrees
0 disagrees
Viewpoints
Add New Viewpoint

They benefitted banks not borrowers

The Troubled Asset Relief Program (TARP) was set up as part of the 2008 Emergency Economic Stabilization Act, but TARP ultimately failed to increase lending to small business, banks instead used taxpayer cash for anything they wanted with zero accountability. According to Mark Fitzgibbon, research director at Sandler O’Neill & Partners, banks mainly used the bailouts to increase lending, absorb losses, bolster capital and for “opportunistic acquisitions”, majority of banks seeing this as a no-strings-attached get-out-of-jail-free-card rather than a way to help individuals and small business borrow and make the financial system healthier. The US government could have bailed out tax-paying homeowners at the beginning of the subprime debt crisis, as this money would have gone to the banks anyway, banks that mis-sold mortgages in the first place, and arguably tax-dollars going back to tax payers to stop them losing their home. Instead tax-dollars went to banks to carry on risky and opportune lending practices.