Should Hagia Sophia be a cathedral or a mosque? 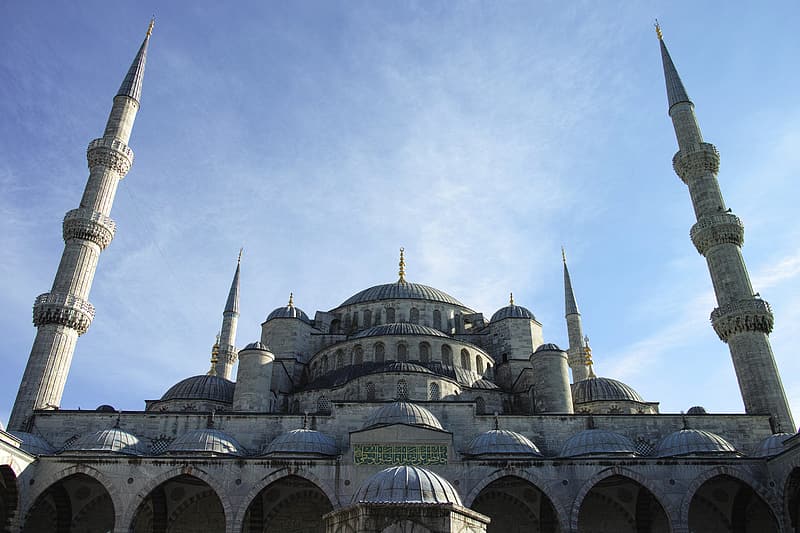 The UNESCO world heritage site of Hagia Sophia in Istanbul, Turkey has been the most important Orthodox Christian cathedral, the largest central Ottoman mosque, and more recently a on of Istanbul's most popular museums. However Turkish president Recep Tayyip Erdoğan has spoken of reconverting the building into a mosque in recent years. The Hagia Sophia was constructed in the 5th century CE under the Eastern Roman emperor Justinian I, and remained the centre of Eastern Orthodox Christianity until Constantinople fell to Mehmed the Conqueror in 1453 and it was converted into a mosque. The building remained a mosque until converted into a museum in 1935 by Turkey’s first President Mustafa Kemal Atatürk. But moving forward, what should this marvel of Byzantine architecture function as? And what is the wider significance of Erdoğan’s plan to change it to a mosque?
Stats of Viewpoints
Cathedral
0 agrees
0 disagrees
Mosque
0 agrees
0 disagrees
Viewpoints
Add New Viewpoint

The Hagia Sophia has been a Cathedral for most of its history, it was built as one in AD 537, and it was the world's largest cathedral for nearly 1000 years, it is of massive importance to the Orthodox Christian community and should therefore remain a cathedral. President Erdogan's decision to convert the Hagia Sophia into a mosque is purely a political move, a spiteful response to recent difficult relations with Greece, a country with around 90% of the population belonging to the Orthodox Christian church. This move has been widely panned, is seen as a breach of the UNESCO World Heritage titling, and has gained international criticism because of the political nature of the conversion, the move is widely seen as a further deepening of tensions between the two countries. However the move may also have wide implications, with the spiritual leader of Orthodox Christians, Ecumenical Patriarch Bartholomew I, warning that the buildings conversion could "turn millions of Christians across the world against Islam" [1].

It will be a mosque; the decision at the end of the day lies with the people in charge, and Erdogan has now declared the reversion to a mosque following a court ruling that the site was part of the Ottoman Sultan Mehmet II’s estate, which is still managed by his trust. With the Turkish court finding the 1935 conversion to a museum illegal, the site will now be used as it had been since 1453, and its use will be more representative of the population of modern Turkey. It is not just culturally and religiously fitting to revert Hagia Sophia, architecturally the site is a good fit with Istanbul’s mosques, this site served as the inspiration for the Blue Mosque, the Şehzade Mosque, the Süleymaniye Mosque, the Rüstem Pasha Mosque and the Kılıç Ali Pasha Complex and now joins these Byzantine masterpieces once again.