Why was Siam never colonised? 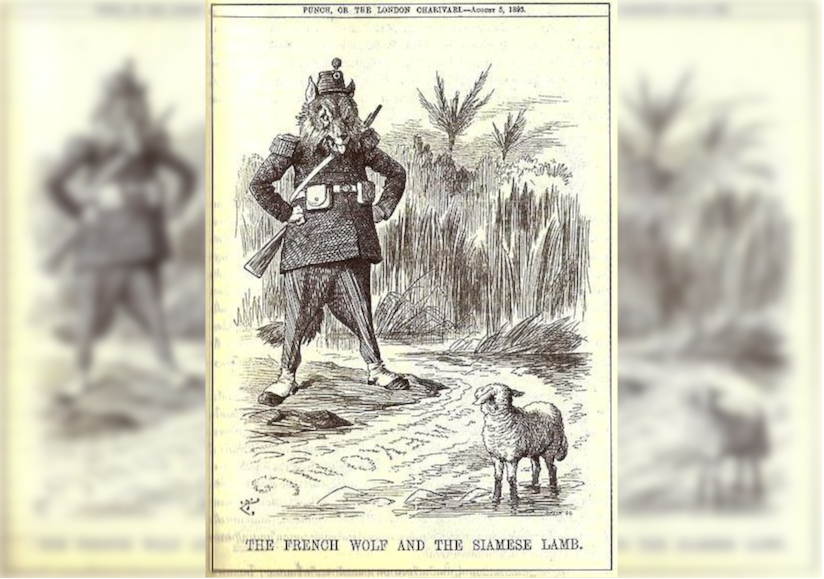 The brief colonisation by Japan

Although its commonly held that Thailand was never colonised and remained neutral in the Second World War, this largely concentrates on the European colonialism of the 19th century and neglects that fact that Thailand was colonised by Japan, albeit briefly. Thailand fell to the Japanese on 8th December 1941 after a very brief conflict, and by December 14th Prime Minister Plaek Phibunsongkhram agreed to secretly send Thai troops to aid the Japanese campaign into the Malay Peninsula. Thailand openly declared war on the US and UK by the 25th January 1942, and effectively remained an ally/puppet of Japan until the Thai legislature refused to pass two government bills on July 24th 1944 and forced the Prime Minister to resign.

Caught between two of the biggest colonial superpowers of the day Siam owed its independence throughout this period to its own genius diplomatic efforts. After first failing to persuade the British empire to defend their ally against French incursions, Chulalongkorn, King Rama V, was forced to cede territory to the French, encouraging the French to push for taking over Siam in a joint agreement with the British. In 1896 the French and British foreign ministers carried out negotiations in Paris over the fate of Siam. However the Siamese Ambassador was not invited to these meetings, so he privately lobbied the British to support Siamese independence to defend British Burma from sharing a border with the French Indochina, and to stop the region falling under the growing influence of Germany and Russia. In the same year Britain and France signed a treaty to support Siamese independence to protect against Russian or German colonisation, a diplomatic miracle for Siam and the main reason the region was never colonised.

While politics clearly played the largest role in Siam's resilience in the colonial period, the ancient martial art of Muay Thai, being such an inherent part of the country's culture, is thought by some to have played a role in the country's military strength and resilience. Muay Thai's history is intertwined with Siam's royalty, and without the strong disciplined mindset instilled by the artform Siam's strongest leaders may not have been fearless enough to defend the regions freedom even through the massive threat of European colonialism. But Muay Thai may not have only translated into military strength, but have also been an effective tool of ideology/propaganda, instilling fighters with a deep respect for martial arts, the monarchy, and the country's history and identity, reinforcing a strong sense of nationhood.

Siam may not have been fully colonised in the 19th century, but it was partially colonised by both colonial France and Britain and only survived to form Thailand during the 20th century as it was repeatedly forced to make territorial concession to these colonial powers. In the 19th century Siam was the strongest power in Southeast Asia, with its influence spanning much further than modern Thai borders. France took control of Saigon in 1859, and then proceeded to conquer the regions that are modern Cambodia in 1867, modern Laos in 1893, and continued to make territorial encroachments into Siam in 1904 and 1907. Britain was Siam’s biggest ally during this period, most trade, military, financial support was from Britain and Siam’s gold reserves were exclusively held by the British empire; however Britain refused to support Siam over France, and themselves annex the Shan states into Burma in 1893.

While military strength or will may explain some of Thailand's prevalence in the region historically, Siam was simply and somewhat fortunately caught in between the power struggle of the two foremost world superpowers. France and Britain occupied the territories surrounding the then Kingdom of Siam, but reached deadlock around the country. France did desire to carve up Thai territory between itself and Britain to avoid costly war efforts, France even fought the Franco-Siamese War of 1893 to take advantage of the situation and acquired the territory of Laos from the Kingdom of Siam. However the British decided to side with Siam and maintained it independence as a buffer between itself and France.