What can we take away from Trump’s 2020 budget proposal? 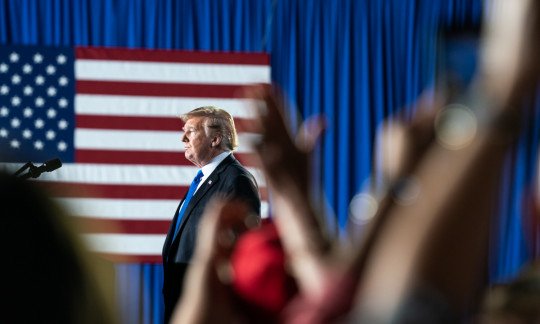 In early February 2020 President Donald Trump proposed his third budget for the year he has to run for re-election. But this budget follows a significant period of Trump’s presidency, a lengthy impeachment procedure ended in acquittal and a massive popularity boost for the president. Is the budget likely to be passed by congress? What effect will it have on American society and the upcoming election? What can we take away from Trump’s 2020 budget proposal?
Stats of Viewpoints
A dangerous suite of cuts to what America needs to most
0 agrees
0 disagrees
Viewpoints
Add New Viewpoint

A dangerous suite of cuts to what America needs to most

The vast majority of spending changes proposed in Trump’s 2020 budget are cuts, and those cuts span a wide range of the most important social dilemmas that the country currently faces, such as climate change, housing, infrastructure, healthcare and education. Trump is attempting to cut away at America’s social safety net, most shockingly by cutting $845 billion from Medicare and $1.5 trillion from Medicaid, despite promises not to, but cuts also include Social Security, Supplemental Nutrition Programs, and Student Loan subsidies, further undermining or failing America’s most vulnerable citizens. This budget, if passed, will undoubtedly have a negative effect, it is a true statement of Trump’s values, cutting social spending, pandering to defense contractors and wall street billionaires, and abusing the fallacy of budget deficit to redirect government spending to security and commerce. Most worrying and in fact the deepest cuts however were proposed to the environmental protection agency, an unbelievable proposal considering the country's recent battles with wildfires and the looming threat of climate change.