How did Juan Domingo Peron destroy the Argentine economy? 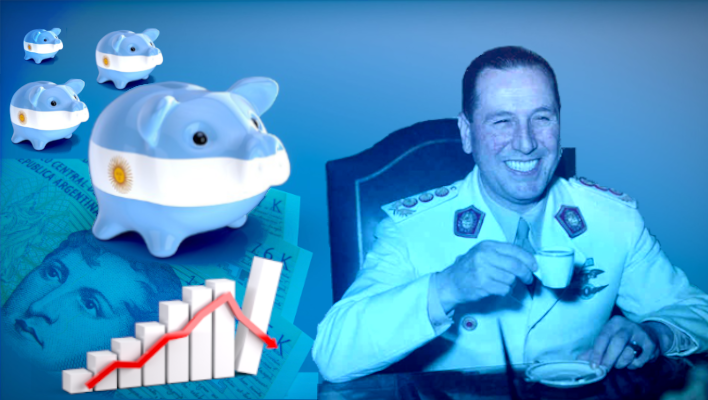 Peronist and military governments have dominated the history of Argentina, often bringing distinct economic challenges to the country with them. Juan Domingo Peron came to power during a tumultuous time in Argentinian political history and Peronism has since dominated Argentine politics for seven decades, remaining a popular political ideology to this day. Who was Juan Domingo Peron and what is Peronism? How did Peron destroy the Argentine economy, and how has this history shaped Argentina today?
Stats of Viewpoints
Isolationism
0 agrees
0 disagrees
Viewpoints
Add New Viewpoint

Before the Great Depression Argentina was a very affluent country, but this global economic recession led to instability that culminated in a military dictatorship, of which Peron was part. Peron was sent to study governance in fascist Italy and he idolised Mussolini, he went on to become the President of Argentina in 1946 and put in place a sort of corporate nationalism that many historians compare to fascism. Peron instilled a toxic nationalism that, like fascism, left the country inward facing and isolationist and hurt the economy and relations for decades to come, and which is something that it still playing out today. In fact the Kirchners who have together dominated Argentine politics in the 21st century, and taken Peron’s legacy even further, have attempted to imposed a near self-sufficiency nationalistic model on the economy.