What has the Black Lives Matter movement accomplished? 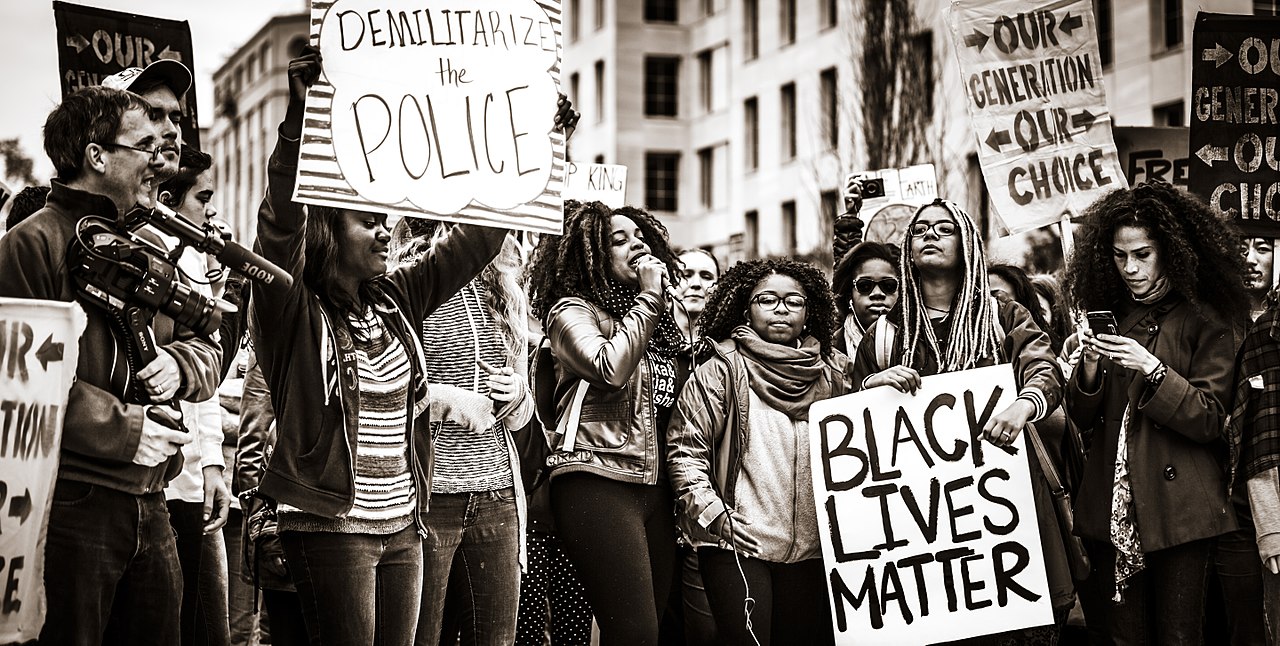 Black Lives Matter (BLM) is the foremost activist movement aimed at campaigning against institutionalised racism towards black people. The social movement began following George Zimmerman's acquittal for shooting Trayvon Martin, an unarmed black teen, in 2012, and gained international recognition protesting the shooting of Michael Brown and the brutal strangulation of Eric Garner in 2014. The latter's finally words "I can't breath" were mirrored when another black man was choked to death on the 25th May 2020. George Floyd had his neck crushed under officer Derek Chauvin's body weight for 9 minutes as he and bystanders pleaded for his life, and the bystander's video has sparked a huge national backlash. What effect has the BLM movement had on shifting the narrative around racism and police brutality in its 8-year history? What has the movement achieved? What has changed between 2012 and 2020?
Stats of Viewpoints
Already leading to social/voting changes
0 agrees
0 disagrees
Pushed a far-left agenda
0 agrees
0 disagrees
Not enough
0 agrees
0 disagrees
The sacking of the offending officer
0 agrees
0 disagrees
Mainstream recognition
0 agrees
0 disagrees
Viewpoints
Add New Viewpoint

According to a study conducted by Shom Mazumder at the Harvard University, tracking levels of racial resentment over the last decade shows that the Black Lives Matter (BLM) protests had the effect of lowering racial resentment. White participants of the study were found to harbour less racial resentment in counties where a BLM protest had taken place, compared with counties that didn't experience protests. This study shows that there also seemed to be some modest correlation between counties with BLM protests and voting for the Democratic Party, indicating the presence of protests having some affect on politics also. Even with black people being more likely to die from the coronavirus, many BLM activists are willing to risking their health to stand up for racial justice, but it seems to be a risk that is paying off socially and could even pay off politically in time.

Black Lives Matter has used exaggerated police shooting statistics to further a Marxist narrative of modern American politics both in the black community and to a new generation of radical left activists. A number a black conservatives have pointed out that police killings of black men have declined by 80% since the late 60s according to the US CDC (Centers for Disease Control and Prevention), while, of the approximately 1,000 Americans killed by police annually, only 4% involve a white office killing an unarmed black man. Furthermore organisers within the Black Lives Matter movement have openly described themselves as “Marxists”, while pushing not just police reforms and racial justice but controversial far-left policies, attempting to popularise Marxism by misrepresenting the issue of police violence.

Black Lives Matter (BLM), as a movement, has failed to organise people in a cohesive manner, causing the protests sparked by George Floyd's murder to quickly descend into anarchy and riots that have overwhelmingly damaged black businesses. This has come in the middle of a pandemic that has overwhelmingly affected black people in America, and while the Black Lives Matter may have done a lot of awareness raising around police brutality, it has not done enough to educate on more subtle realities of race inequality, and exposure to the virus is now likely to spike amongst the most vulnerable. BLM has failed to generate a cohesive and peaceful protest movement, enabling many people to overlook the message and concentrate on the damage.

The sacking of the offending officer

In the case of George Floyd, the massive amount of pressure through both the protests and Black Lives Matter movement that helped organise and strengthen this reaction, allowing for justice to be sought in a much shorter time frame. It took five years for Eric Garner’s killer, Daniel Pantaleo, to be fired from the police force, as he was put on paid administrative leave until very recently. In the case of George Floyd, the mayor fired the four offending police officers almost immediately, with Derek Chauvin being charged with second-degree murder following several autopsies, and the other three former officers charged with aiding and abetting murder. This is a small shift but a decisive win that has largely been achieved by the Black Lives Matter movement, but as police officers are still allowed to use lethal force, and the country relies on violent police repression, the protests continue.

Massive international protests followed George Floyd's death as the bystander's video revealed the callousness of the incident. Likewise the murder of Philando Castile was live-streamed to Facebook by his girlfriend, immediately connecting the online world with the reality of police violence against black people in the US. The Black Lives Matter movement successfully and organically helped foster a space online to help these horrific event gain recognition in mainstream consciousness, while more importantly connecting the worlds of online social networks with real world activism. The fact that global BLM solidarity protests are now a common occurrence shows that the BLM movement has gained mainstream recognition and acceptance amongst large swaths of communities around the world. Furthermore the recently embrace of the movement by formerly apolitical celebrities, such as Michael Jordan and Beyonce, demonstrates this also.