What can we learn from the Pentagon Papers? 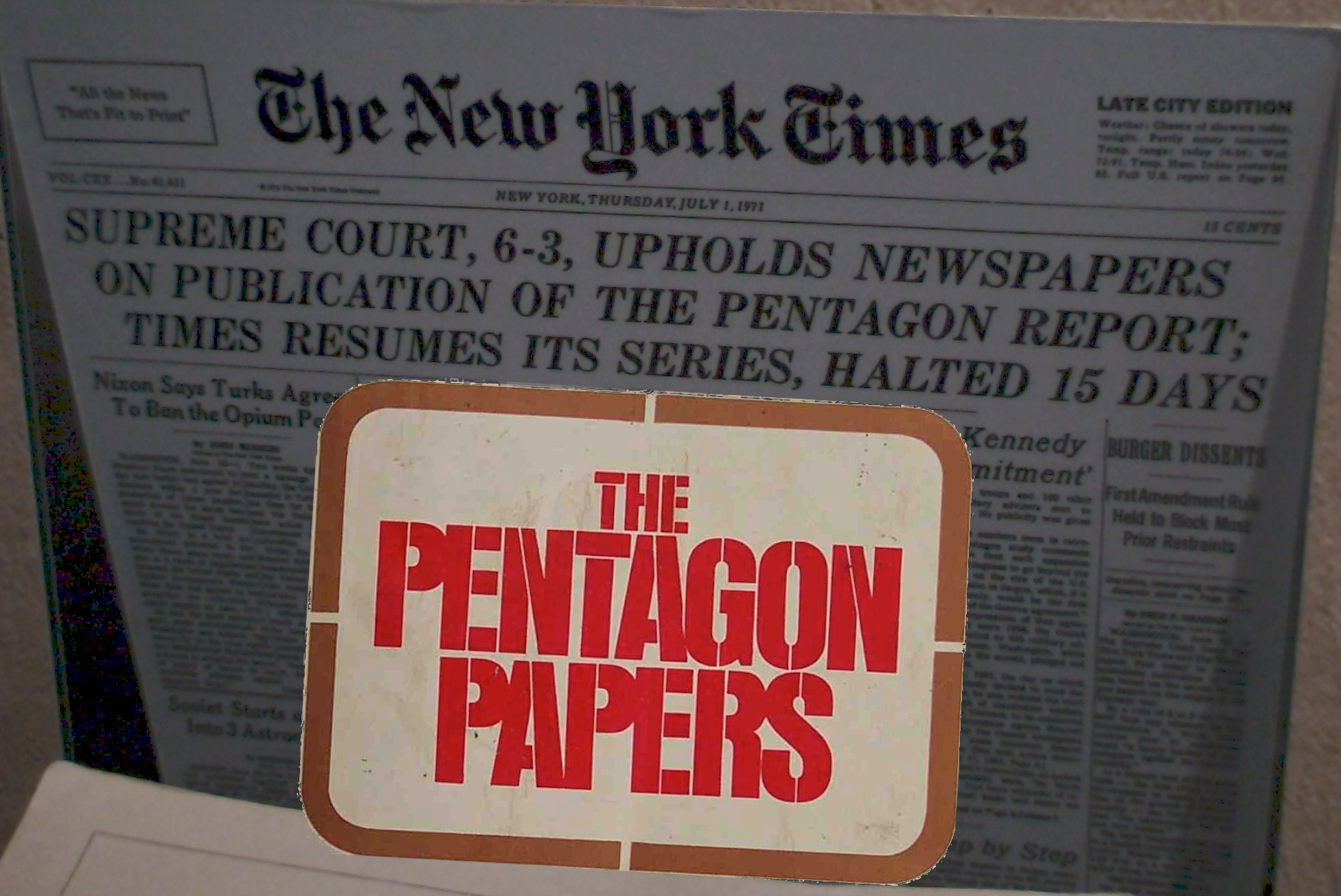 On June 13th 1971 the New York Time published the ‘Report of the Office of the Secretary of Defense Vietnam Task Force’, commonly known as the Pentagon papers. This document was leaked to the press by whistleblower Daniel Ellsberg and revealed government secrets regarding the Vietnam War, and set in motion a sequence of events that would lead to the end of Richard Nixon’s presidency. How are the Pentagon Papers still significant today? What parallels can be drawn? What can we learn from the Pentagon Papers?
Stats of Viewpoints
The Ellsberg-Assange parallel
0 agrees
0 disagrees
Massively undermined faith in the government
0 agrees
0 disagrees
Viewpoints
Add New Viewpoint

In 1971 Daniel Ellsberg was the whistleblower that released the Pentagon Papers, helping to hasten the end of the Vietnam War and deeply embarrassed previous US government. President Richard Nixon used this as an excuse to crack down on journalistic freedom in an effort to stop such leaks and Ellsberg was charged under the Espionage Act of 1917, facing a maximum sentence of 115 years. However government misconduct and interference in his case led to his trial being dismissed, which significantly contributing to the downfall of the Nixon administration. Fast forward nearly 50 years and Julian Assange is a startlingly similar situation as the Trump administration is seeking his extradition under the Espionage Act of 1917 for publishing embarrassing leaks. The cases are so similar Daniel Ellsberg himself has drawn parallels, “I have followed closely the impact of [the Wikileaks revelations] and consider them to be amongst the most important truthful revelations of hidden criminal state behaviour that have been made public in US history. I view the Wikileaks publications of 2010 and 2011 to be of comparable importance [to the Pentagon Papers].” [1]

Massively undermined faith in the government

While the implications to the Pentagon Papers were wide-ranging, arguably the most lasting impact was to undermine peoples trust in the government, following the repeated lies and even illegal activities of presidents Johnson and Nixon respectively. President Johnson campaigned during 1964 vowing not to widen the scope of the war in Vietnam, but ultimately did this first covertly and then by planned escalation in the spring of 1964, a year before the depth of US involvement was revealed publicly. However, the papers also revealed this was nothing special, as presidents Truman, Eisenhower, Kennedy, and Johnson had all misled the public on the war, however the most memorable and shocking outcome was the result of Nixon's interference with the trial of whistle-blower Daniel Ellsburg that became the famous Watergate scandal. Not much as changed presently: with Trump make a similar calls to Johnson in Afghanistan, and Trump efforts to dig up dirt on his political opponents, something the Watergate scandal also implicated Nixon in. Yet Trump continues as president without shame, no wonder America has such low voter turn out.