Should the UK revoke colonial control of Chagos Islands? 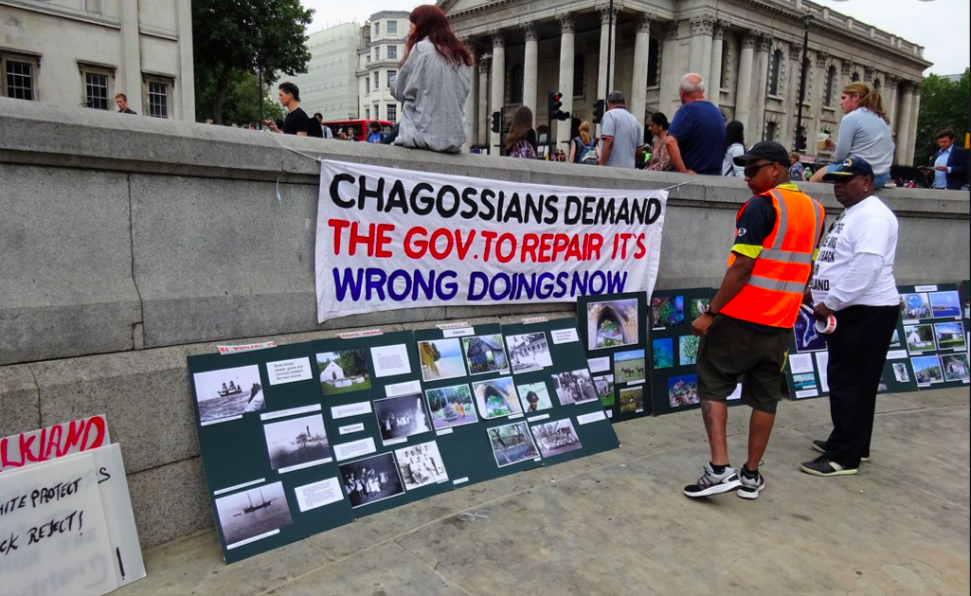 The United Kingdom claims sovereignty over the Chagos Archipelago as part of its British Indian Ocean Territory (BIOT), and the UK and US staff a joint military base there. However in order to construct this base the British government split the Chagos Archipelago from Mauritius and other Islands from the Seychelles while forming the BIOT in 1965, shortly before Mauritian independence, and forcibly removed the Chagossian population from the islands between 1968-1973. The Chagossian diaspora now lives in poverty in Mauritius, Seychelles and the UK, while Mauritius has continually sought to regain control over its former territory. The United Nations and International Courts of Justice have declared the UK’s administration of the Island chain unlawful in recent years, and in 2019 ruled that Britain return the islands to Mauritius, however the British government refuses, and has declined to negotiate while refusing the return of Chagossians. What are the implications of the UK refusing the ICJ, and should they return the Chagos Island territory to Mauritius?
Stats of Viewpoints
Yes, the UK should respect international law
0 agrees
0 disagrees
Viewpoints
Add New Viewpoint

Both the United Nations and International Courts of Justice have continually pressured the UK government to return the island chain to Mauritius. The UK which officially began the process of decolonisation following the Second World War, and should by now recognise the lack of moral and legal standing in this dispute, as the implications of denying the ICJ are a demonstration to the world that Britain is willing to undermine international law. Due to leaked evidence of a clear attempt to turn the archipelago into a marine park or reserve with the sole intention of denying the Chagos Islanders the right to return to their home, it is clear that UK government cannot be trusted on this matter, so the US should really lead the way here. To prevent both the UK and US facing further isolation internationally the Island should be handed back to Mauritius who have expressed no desire to evict the United States military, but merely to reinstate the home of the former Chagossian evictees.