Can Bolton’s book lead to a second impeachment? 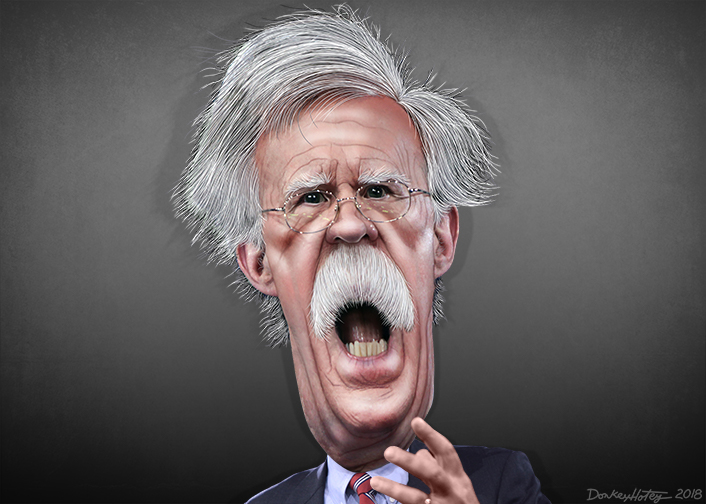 Former US National Security Advisor, John Bolton, published a damning memoir in June 2020, making numerous embarrassing and salacious allegations against President Donald Trump. The main accusation was that Trump suggested Chinese leader Xi Jinping use his country’s economic capability to help Trump win the 2020 election, something he has denied. Similar allegations were the subject of Trump’s impeachment that ended in acquittal earlier in the year. This has caused many to wonder, will Bolton’s revelations lead to a second impeachment of Donald Trump? If not what can we take away from John Bolton’s book? theguardian.com/us-news/2020/jun/17/john-bolton-book-trump-china-dictators-saudi-arabia
Stats of Viewpoints
No, but it still had some positive outcomes
0 agrees
0 disagrees
No, but it may have cost Trump the election
0 agrees
0 disagrees
No
0 agrees
0 disagrees
Could do, but probably won’t…
0 agrees
0 disagrees
Yes, democrats are already looking into it
0 agrees
0 disagrees
Viewpoints
Add New Viewpoint

No, but it still had some positive outcomes

While John Bolton’s highly criticised memoir may not have had much of an effect on the Trump presidency, and was itself clearly inspired only by Bolton's $2 million advance payment from publisher Simon & Schuster, it may have actually led to some positive secondary outcomes. Trump sanctioned China to distract from allegations published in Bolton’s memoir, finally addressing the repression of the Uighur population of China’s Xinjiang region as the reason for doing so. This is an issue that the US, and indeed much of the world, has previously remained upsettingly quiet about, and what may have been highly dubious and possible untrue nevertheless led to this one positive outcome. This may have been for the wrong reason and even the wrong message, but it is undeniable that this is morally the right stance to take on the matter, and helps shine light on an issue that should have been dealt with much sooner.

No, but it may have cost Trump the election

In 2020 Donald Trump lost both the popular and electoral vote in the 59th US presidential election, and John Bolton’s book, The Room Where It Happened: A White House Memoir, is thought by some to have contributed to Trump losing the election. Indeed the Trump administration thought so, using a government pre-publications review process to slow the release of the book, and as late as June 16th sought to block the books release, just days before it release on June 23rd 2020. The damning claims in the book are thought to have hurt Trump’s reelection chances, the worst allegation being that Trump was so desperate for re-election that he asked Chinese President Xi Jinping to interfere in the US 2020 elections in his favour, similar behaviour to the Ukraine scandal that caused Trump’s first impeachment. In showing that Trump probably did in fact encourage election interference both in Ukraine and in China mere months before the election, Bolton’s book may have mobilised non-voters to come out in the record-breaking vote for Biden in 2020, costing Trump the presidency.

The allegations in John Bolton’s post-firing smear campaign of a book are just accusations and hearsay, not useful and definitely not impeachable. John Bolton he is not a good person, he has a questionable past being intimately involved in the illegal Iran-Contra scandal, he is not someone to believe on anything. International leaders have been quick to call out Bolton’s claims as inaccurate, China rejected Bolton’s claim stating, "We have no intention to and will not interfere in US internal politics” [1], and Turkey has called them “misleading” and “manipulative presentations” [2]. These denials have been backed up by U.S. Trade Representative Robert Lighthizer who was present in the meeting Xi Jinping, and testified during a Senate Finance Committee hearing that the allegations are “absolutely untrue [and] never happened” [3]. Trump is now suing John Bolton for his claims, and for what Trump claims to be an effort to leak classified information, if anything Bolton is more likely to be prosecuted here than any form of prosecution against Trump.

Could do, but probably won’t…

Bolton’s memoir backed up allegations that Trump wanted to withhold military aid to Ukraine and added new ones such as Trump pandering to dictators in China and Turkey in a similar fashion to Ukraine, which begs the question, why was Bolton not made to testify in the first impeachment inquiry? This huge stone left unturned means that the revelations in Bolton’s memoir are most likely not going to lead to a second impeachment, and the democrats will probably find something equally as useless of the first impeachment if they choose to impeach Trump for a second time. Bolton is just fitting the pattern of Trump staffers, who never have a problem or speak out until they have been ousted, so these revelations should not be taken too seriously. A number of former Trump staffers have published memoirs shortly after leaving their positions, and some have been negative, but few have led to any major political scandal.

Yes, democrats are already looking into it

John Bolton’s memoir is not just filled with deeply embarrassing information for Donald Trump; it has detailed instances of Trump abusing the office of President and trying to bribe countries to interfere in US elections… again. This is excruciatingly similar to the issue with Ukraine that built the framework for his 2019/20 impeachment, but this time is also quite different, given the pandemic and massive BLM protests, Trump would be under insurmountable pressure and would be compelled to step down in embarrassment. If he doesn't step down impeachment is a likely option, and is something Adam Schiff is reported to already be lining up against Trump, as part of ongoing investigations into suspicions of blackmail, money laundering and bribery.