Was the 2013 Euro-Maidan Uprising in Ukraine a far-right coup? 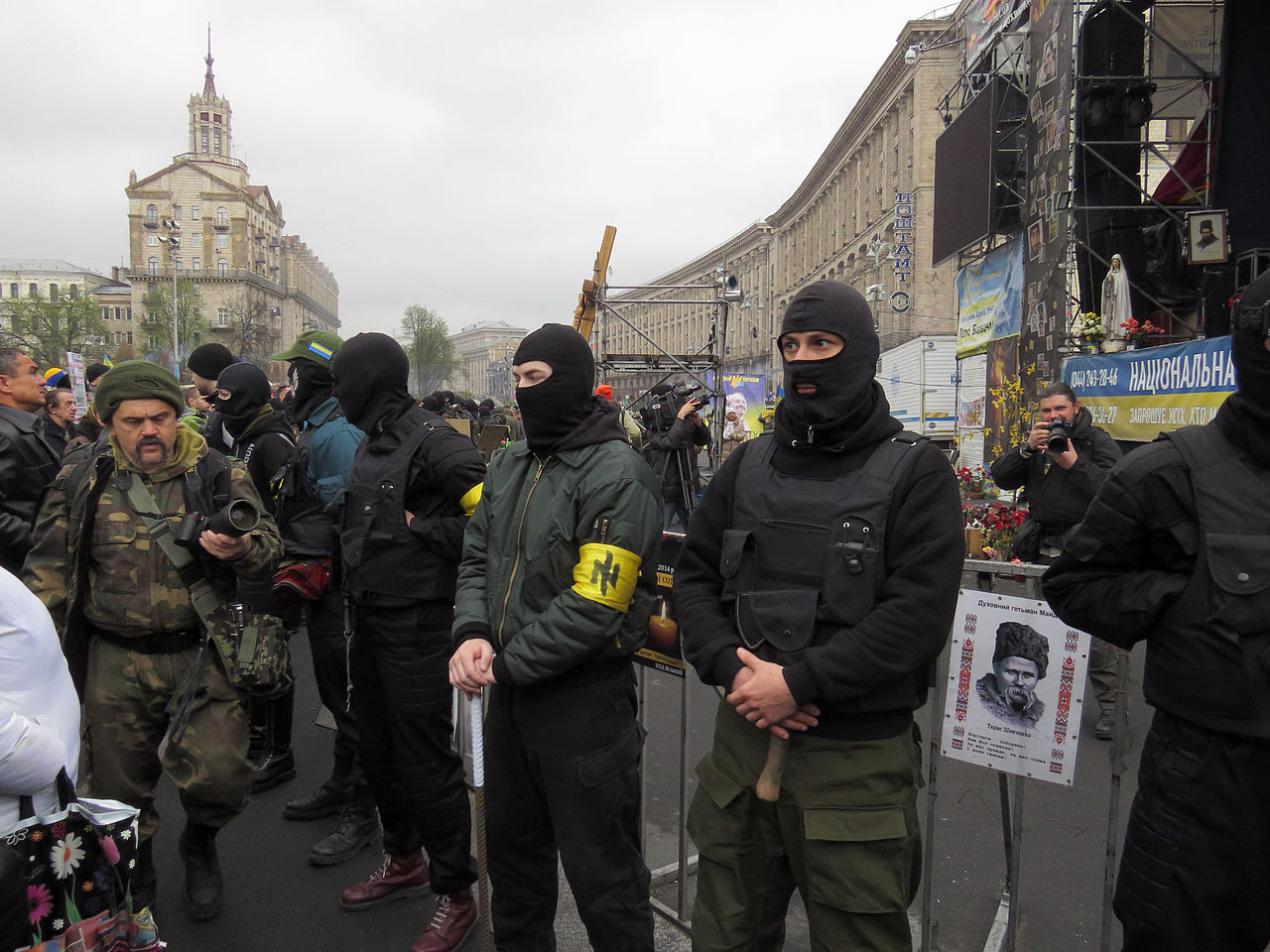 Despite its common representation as a citizens uprising, many have questioned the presence of far-right groups and militias for their role in the 2013 Euro-Maidan protests that ousted Pro-Russian Ukrainian President Viktor Yanukovych. Toward the violent end of the uprising in Kyiv’s Maidan Nezalezhnosti (the central square of Ukraine’s capital) it became clear from the number of fascist/Nazi flags and symbols used that there was a heavy presence of neo-Nazi groups involved in the conflict. But comparing to the subsequent events in Crimea that are often denounced as undemocratic and a violation of international law, why is an undemocratic overthrow of the Ukrainian leader remembered with comparative fondness and a lack of critique? Is this a double standard? Should we be concerned about such a strong presence of violent far-right groups in Ukraine? Could this be part of a larger trend in Eastern Europe?
Stats of Viewpoints
Yes, missed by an agenda ladened media
0 agrees
0 disagrees
Viewpoints
Add New Viewpoint

A study conducted by the Kiev Polytechnic Institute’s Department of Sociology found that the far-right Svoboda party was the most active agent in the Maidan protests, while the far-right paramilitary group ‘Right Sector’ was largely responsible, along with the police, for the violence of the protests. These groups have been accused of being neo-Nazi’s or having members that clearly are, but the involvement of other groups that are more outwardly neo-Nazi in there actions (including the Azoz Battalion, the National Corps, the Congress of Ukrainian Nationalist and The Ukrainian National Assembly – Ukrainian People's Self-Defence) increasingly paint the picture that there was a clear neo-Nazi majority involved in the dislodging on the Ukrainian President. More worrying is the appearance of some of these groups in a United Nations Higher Commissioner for Human Rights report, connecting them with war crimes including torture.

The widespread portrayal as a citizens uprising contradicts these findings then, and as this suits the various anti-Russian narratives used in the media in recent years, it seems this is part of a complex web of media anti-Russian scapegoating. Neglecting the nuances and framing this as an anti-Russian uprising fit especially well into an increasingly anti-Russian western media landscape, and in doing so such institutions have begun to lose track of what real racism, anti-Semitism and neo-Nazism looks like. In more recent years we have seen the political landscape be dominated by the falsities of the ‘Russiagate’ investigation in the US, and the far-right are rising to power across Europe while left wing Israel critics are being smeared as anti-Semitic. Russia, racism and anti-Semitism are being so widely misused in the politically partisan idiocy of the media that they are missing the clear signs of neo-Nazi coups internationally, and this continues presently - as can be seen most recently in Bolivia.