Are Chinese hydroelectric dams having a positive or negative impact in Cambodia? 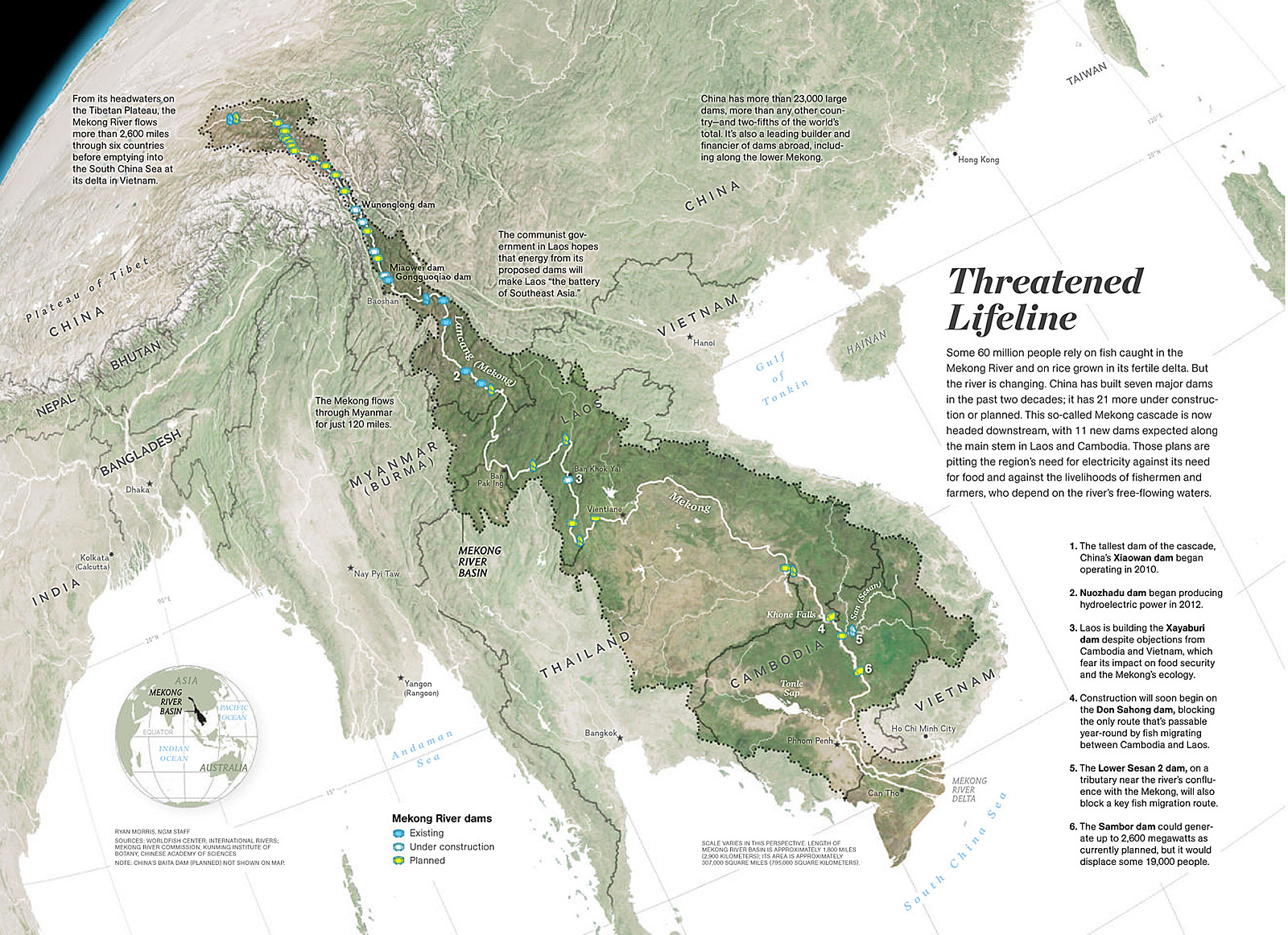 China has a large network of development projects planned along the Mekong Basin, with 28 dams constructed, being built or planned along this multi-nation-spanning river. However the plans have attracted some controversy especially toward the end of the Mekong in Cambodia, with various political, social and environmental concerns being raised especially surrounding the proposed Sambor Dam. What impact will Chinese investment in hydroelectric development of the Mekong River have in Cambodia? Do the benefits outweigh the costs to those who depend on this massive waterway?
Stats of Viewpoints
Chinese dams are damaging lives in Cambodia
0 agrees
0 disagrees
Viewpoints
Add New Viewpoint

The Sambor Dam project, along with many other hydroelectrical projects on the Mekong, have caused a variety of social and economic concerns for Cambodians who rely on the river for livelihood and food. The Mekong River feeds Tonle Sap, Cambodia’s biggest freshwater lake, which represents 60% of Cambodia’s fishing waters, it is believed that the proposed Sambor Dam alone will restrict water and fish migration in this area while displacing around 19,000 people directly in the vicinity of the Sambor region. Similarly studies have raised concerns that dam projects are blocking the natural flow of sediment down the Mekong, which could have a devastating effect on agriculture in Cambodia and the lower Mekong Delta. The Mekong feeds and supports millions across Cambodia, Vietnam, Thailand and Laos, and Chinese construction projects seem to be ignoring the human cost for economic gain, such projects will disrupt countless lives and represent a net negative for Cambodia.