What should racist statues be replaced with? 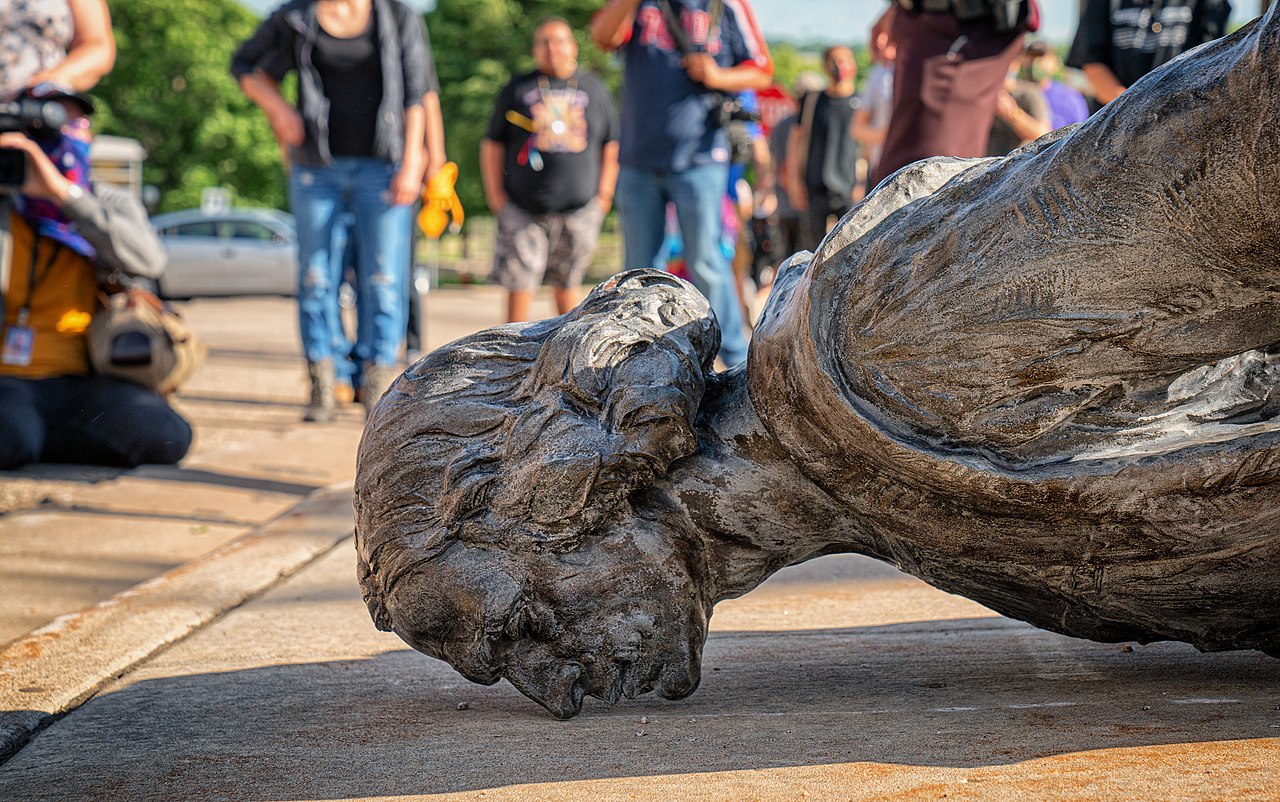 [A statue of Christopher Columbus at the Minnesota State Capitol, pulled from its pedestal by American Indian Movement protesters] Around the world statues and monuments synonymous with slavery, racism, imperialism and genocide are being town down or moved as part of, or in response to, the on-going George Floyd protests and the Black Lives Matter movement. On May 31st 2020 protestors in Birmingham, Alabama toppled a statue of Charles Linn, a Confederate Navy captain, the next day the mayor responded by removing the Confederate Soldiers and Sailors Monument. This sparked a wave of similar controversial monument removals by protestors, local governments or institutions worldwide. But now, with many of these monuments removed, destroyed or waiting to be relocated to a museum, what should be put in their place? What should the racist, imperialist, or otherwise controversial statues removed during the BLM movement be replaced with?
Stats of Viewpoints
The exact same statues
0 agrees
0 disagrees
Art - Mexico’s anti-monuments
0 agrees
0 disagrees
Viewpoints
Add New Viewpoint

Many people disagree with removing or destroying statues as there is, and should be, legal protection for such public property, and mob rule should not override this no matter how impassioned the protest movement is that is behind it. Removing monuments to historical figures with a racist history will only move racism out of the public eye, to really deal with racism properly the positive AND negative reasons for having that historical figure in a public space should be clearly defined on the monument. The removal of these statues is not rational but wild and emotional, protestors and activists need to take a step back and realise eliminating racist figures from history or from the public sphere will not erase racism from the present.

Mexico has shared some of the same questionable venerations of tyrannical figures of history as the US, with figures like Christopher Columbus commemorated in monument form in Mexico City. But alongside these colonial monuments, surrounded by high-rise buildings, Mexican artists have been constructing “anti-monuments”, semi-permanent works of art to commemorate issues that the government often fail to adequately address, tragedy, violence, repression and impunity. Monuments usually require permits and government planning and are used to commemorate the narrative and legacy of the governing authority, anti-monuments are representative of the people and issues that really matter, a call for justice. A similar form of graffiti-style sculpture should be put in place of the horrible legacy of figures like Columbus, these guerrilla monuments represent a creative use of the right to protest, and are much more fitting with the society modern people want to publicly emulate.