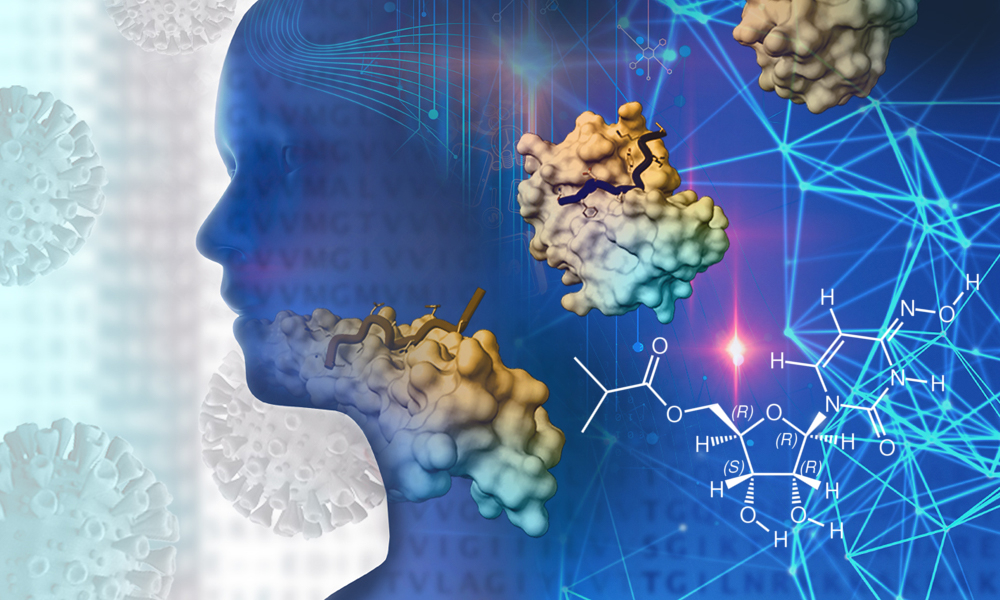 The new oral anti-viral drug Molnupiravir is rapidly gaining interest as it seems to be effective against SARS-CoV-2. Originally developed as part of a project targeting Venezuelan equine encephalitis virus at Emory University in Atlanta, the drug demonstrated efficacy against various RNA viruses, such as influenza, Ebola, chikungunya, and coronaviruses, and clinical trials for treatment of influenza began in 2019. By early 2020 research was redirected to look into the drug’s efficacy against SARS-CoV-2 and the drug was licensed to bigger pharmaceutical companies for further investigation, Ridgeback Biotherapeutics who eventually partnered with Merck & Co. Molnupiravir has demonstrated promising results but has not yet been approved by the United States’ FDA (Food and Drug Administration) or any other regulatory body, however we have already seen extensive use of ground-breaking vaccines during the pandemic, yet the virus rolls on. Could this ground-breaking antiviral drug help us finally beat COVID-19?
Stats of Viewpoints
Health is the elephant in the room
0 agrees
0 disagrees
Vaccines are the way forward
0 agrees
0 disagrees
Yes
0 agrees
0 disagrees
Unlikely
0 agrees
0 disagrees
Viewpoints
Add New Viewpoint

Health is the elephant in the room

More pharmaceutical interventions is not the answer to COVID-19, health, the immune system, and real preventative healthcare is the elephant in the room that no one seems willing to talk about. There is an epidemic of obesity in much of the developed world, and emerging data suggests that obesity is one of the major risk factors in an infection of COVID-19 leading to hospitalisation and death. Drugs like Molnupiravir reduce the risk of hospitalisation and death by just 48% and could still have extreme side effects such a metagenesis in the long term, the active metabolite of Molnupiravir has been found to produce DNA mutations in a mammalian cell cultures, there are still concerns that the drug is potentially carcinogenic in humans. Meanwhile better diets and healthier lifestyles, especially increased exercise, have been proven to boost the immune system and lower hospitalisation and death from SARS-CoV-2 infection. A big part of the COVID-19 pandemic is due to how unhealthy modern life is for the human body, dealing with health through lifestyle and diet will cost much less than more pharmaceuticals.

Vaccines are the way forward

Vaccines are still our greatest hope in tackling the COVID-19 pandemic, Molnupiravir may be useful together with the vaccine, but preliminary studies have shown that this new antiviral drug reduces the risk of hospitalisation & death by 48%, still lower than nearly all vaccines available for COVID [1]. While vaccine efficacy has been found to be mostly lower than initial data demonstrated, most are still considered 70-90% effective at preventing disease and infection. Moving forward the mechanism used by drugs such as Molnupiravir will be tested against other viruses that the WHO have designated as having high epidemic potential, and it may be here that Molnupiravir will really shine. The one area that Molnupiravir may be advantageous over vaccines is the possibility for oral administration of the drug, meaning it will be easier to distribute and administer, so in this way it may even go some way to help fight the COVID-19 pandemic, in remote locations that are yet to see a vaccine.

Molnupiravir is an antiviral drug that has already shown promise being effective against all variants of COVID, and it is orally active which is also a big plus. The drug is designed to appear to the body, and as a result the virus, as a building block of RNA, however when these genetic building blocks are used by viruses inside human cells during replication the drug causes genetic mistakes leading to viral error catastrophe and preventing the virus from replicating or spreading altogether. Its ground-breaking antiviral technology, and furthermore manufacturer Merck, known as MSD in the UK, have already promised to fairly price the drug in lower income markets, and plan to license the drug to generic manufacturers to increase availability. Trials of the drug have already been stopped early due to the drugs efficacy and convincing evidence to the benefits of Molnupiravir, a very exciting drug.

If there is anything that the COVID-19 pandemic has taught us, it is that roll out of any new medicine to combat the virus will be slow, disorganised and mostly horded by richer nations to the detriment of everyone. Just look at the roll out of vaccines, the highest income countries were vaccinating more than 20 times faster than the lowest. As a new drug, Molnupiravir will likely be extremely expensive to produce and companies like Ridgeback Biotherapeutics & Merck & Co. are unlikely to bypass their monopoly and pass up the chance to profit monetarily, as a result new antiviral drugs are likely to do as well as vaccines have as they will be so slow to roll out globally. If we look at the other antivirals that saw limited use in the COVID19 pandemic, such as Remdesivir, the situation looks less than promising, side effects were awful with around 25% of patients that received the drug suffering very severe side effects, including multiple-organ dysfunction syndrome, septic shock, and acute kidney injury. We really need side effect data before we can say anything, but some other nucleoside analogue drugs, similar to Molnupiravir, have even caused birth defects in animal studies, it would be a miracle if this drug was not without serious side effects.