Why has the US admitted their knowledge of UFOs? 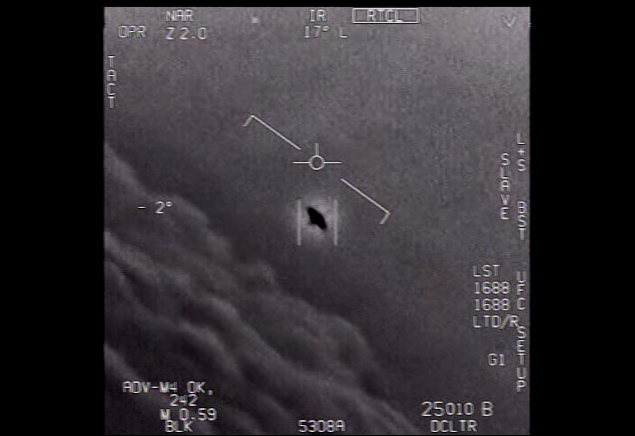 2020 was an unforgettable year in many ways, but the weirdest of 2020’s stories has to be the United States’ declassification of evidence of unidentified flying objects or unidentified aerial phenomenon (UAP). The US Navy verified three videos that show UAP in 2020, two became publicly available in 2017 and one more in 2018. Likewise the Pentagon declassified two programs to investigate such unexplained phenomenon in the hearing of the United States Senate Select Committee on Intelligence in June 2020, the Advanced Aerospace Threat Identification Program, and the Unidentified Aerial Phenomenon Task Force. A former intelligence officer of the Advanced Aviation Threat Identification Program, Luis Elizondo, has stated that he is convinced that objects of unknown origin have been retrieved for study by the program. Meanwhile, as part of the National Defense Authorization Act for 2020, Trump as established the United States Space Force as an independent branch of the military. Why have the US Navy and Department of Defense admitted their knowledge of UFOs in 2020? Is does this indicate US knowledge of UFO’s and extraterrestrial life, or is it a cynical attempt to gain support for more military spending? nytimes.com/2020/07/23/us/politics/pentagon-ufo-harry-reid-navy.html
Stats of Viewpoints
Gradually working up to making knowledge of aliens public
0 agrees
0 disagrees
Viewpoints
Add New Viewpoint

Gradually working up to making knowledge of aliens public

The gradual recognition of knowledge of the existence of extra terrestrial life, or at least materials or crafts from extraterrestrial sources, by the US Department of Defence (DoD) comes after a string of credible DoD contractors have come forward and made this information public. Luis Elizondo, the former head of the DoD's Advanced Aerospace Threat Identification Program, publicly stated in 2017 that there is "very compelling evidence we may not be alone" [1]. Independent scientists have also had the opportunity to study materials as DoD sub-contractors, and one such scientist, astrophysicist Eric W. Davis, has commented that the materials he worked on were “off-world vehicles not made on this earth”, and described the materials as something “we couldn’t make it ourselves" [2]. Following the unrelated but corroborating evidence of UFO sightings by numerous US Navy pilots in recent years, the existence of these things is undeniable and likely to be made common knowledge in coming years.