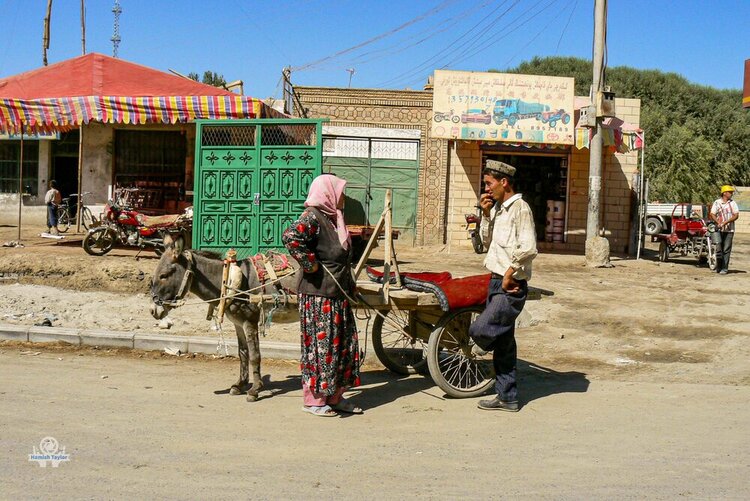 Since 2014 the Chinese government has been processing the ethnic Uighurs of the Xinjiang Uighur Autonomous Region through opaque “re-education centres”. The majority of international observers are describing this as the biggest mass detention of an ethnic minority since the Holocaust, and many organisations, activists and governments are calling genocide. The Chinese government maintains that these vocational training centres are an effort to fight religious extremist terrorism and to alleviate poverty in Xinjiang; riots, bombings, and knife attacks have been carried out by Uighur separatists of the Turkistan Islamic Party numerous times over the last decade, the UN recognises the Turkistan Islamic Party as a terrorist organisation. However a series of allegations from former detainees living abroad have raised concerns about torture, rape, forced labour, forced marriage, sterilisation and even medical experimentation and organ harvesting in Xinjiang, while academic studies have asserted that Chinese policy is one of cultural eradication. There have also been a number of dissenting views in the media on this issue, with some journalists pushing back against this narrative and questioning the evidence presented to support the claims of genocide. Is China committing genocide in Xinjiang? Where is the evidence?
Stats of Viewpoints
It is impossible to know...
0 agrees
0 disagrees
Viewpoints
Add New Viewpoint

It is impossible to know...

So many reports on the situation in Xinjiang focus on events that are “almost certainly” happening, and so many claims that are impossible to back up or verify it is hard to ascertain any clear facts. The "academic consensus" that a genocide is taking place in Xinjiang is largely based on just two studies conducted by born-again Christian researcher Adrian Zenz, whose shocking methodology was largely based on speculation. Zenz's research was also funded by the Victims of Communism Memorial Foundation and the neoconservative Jamestown Foundation, two organisations largely linked to US government and intelligence agencies, so is hardly impartial or independent. There is a real need for a truly independent inquiry, legal experts suspect China’s action in Xinjiang may fall short of actual genocide [2], so these remain allegations and until the Chinese authorities allow an impartial investigation it is actually impossible to know what is happening in Xinjiang.