What is driving the conflict in Mozambique? 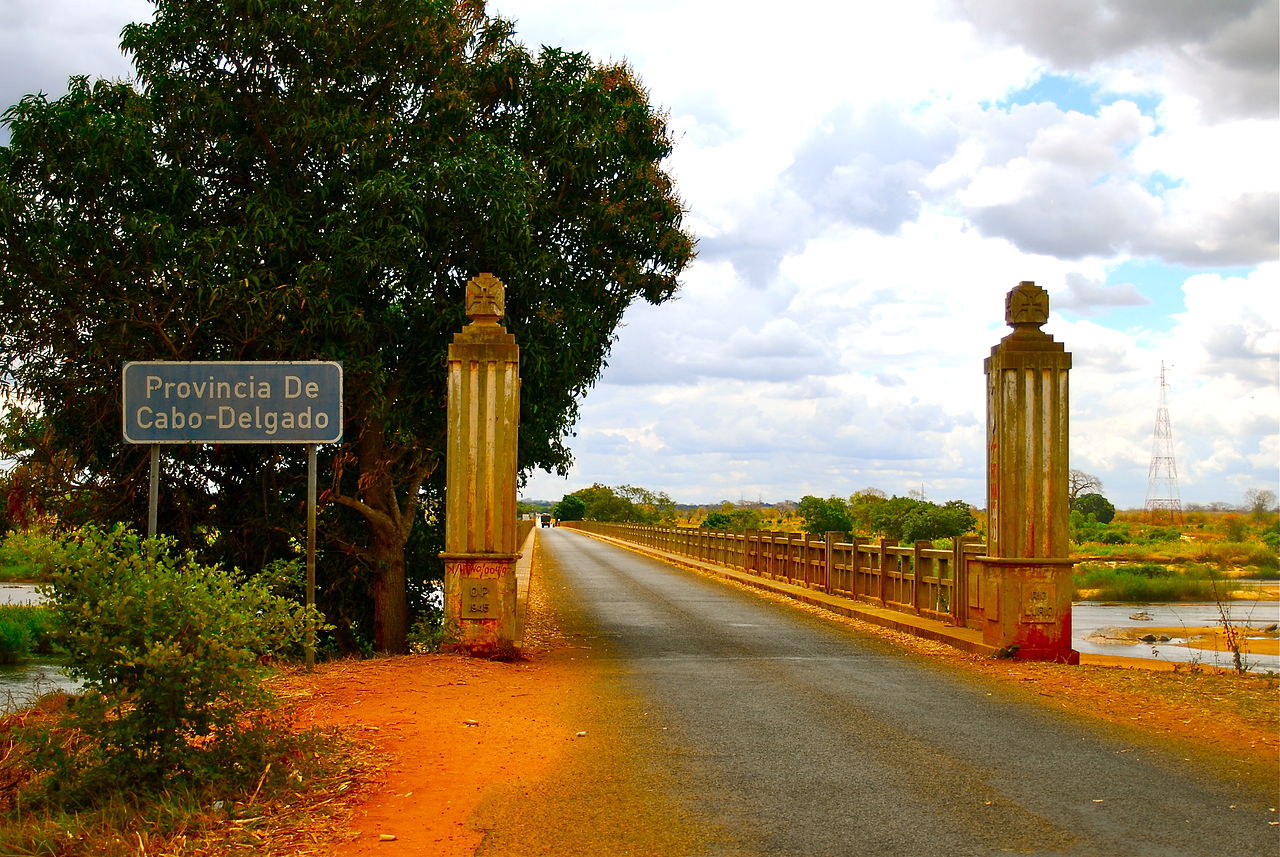 A humanitarian crisis has sprung up in the Cabo Delgado region of Mozambique as fighters thought to be part of the Islamic State Group have recently carried out shocking attacks in which dozens of people were beheaded. The attacks have helped the group seize Mocimboa Da Praia, an area near offshore gas projects worth tens of billions of dollars, and the Mozambican government is now pleading with the international community for help in dealing with this apparent insurgency. Currently not much is know about the Islamic militia operating in this area as they have not released a mission statement or made demands. Thousands of people have been displaced in the conflict between these groups and government forces, and there are countless reports of military repression making this situation increasingly complex. Who is behind the attacks in Mozambique? Is it the work of an international terrorist network or is this a more regional issue? What is driving the violence in the region? What should happen moving forward with this crisis?
Stats of Viewpoints
Privatisation and the history of conflict
0 agrees
0 disagrees
Ethnic divides
0 agrees
0 disagrees
Islamist insurgency
0 agrees
0 disagrees
Poverty
0 agrees
0 disagrees
Viewpoints
Add New Viewpoint

Privatisation and the history of conflict

While conflict in Mozambique has always been complex, the country became a proxy conflict of the Cold War as fighting between major government factions came to be backed by international actors to maintain their spheres of influence. The Mozambique Civil War was fought between the dominant socialist party FRELIMO ('Frente de Libertação de Moçambique' - Liberation Front of Mozambique) and the anti-communist insurgency of RENAMO ('Resistência Nacional Moçambicana' - Mozambican National Resistance) supported by South Africa and Rhodesia, backed by the CIA. It is no surprise then that the Mozambican Civil War ended following the collapse of the Soviet Union; this government conflict spilled over from the Civil War in the form of the RENAMO Insurgency however, following contested elections in 2014.

Today in Mozambique, privatisation of the country's resources, encouraged by international corporations and the IMF, is causing further destabilisation, localised poverty, and neocolonialist dynamics, as ruby, oil and gas mining companies worsen regional disparity and prolong or worsen conflict. This has reached a breaking point in Cabo Delgado, known as the forgotten cape, where bleak poverty and the flow of Afghan heroin to South Africa have created a perfect storm for Islamic extremists. But the root problem here remains poverty and private extraction from the region, and private security companies are only making the situation worse, the conflict continues as the region has long been forgotten by the only ones in a position to change anything. These dynamics that prolonged the Mozambican Civil War for so long needs to end before conflict can...

Despite being reported under the banner of a religious terror insurgency, according to demographic data analysis by Fraym, ethnicity is a major underlying factor in the conflict in Cabo Delgado province. In Cabo Delgado, the dynamics and ethnic politics between the province's major tribes are behind a lot of the insurgent violence, these groups have not managed to sort out their grievances despite centuries of being neighbours. Scholars have found that Mweni people, an alienated minority ethnic group in Cabo Delgado, are predominantly joining Islamic State aligned militias such as Ahlu Sunna wa Jama, despite most not even being Muslim. These groups have been targeting Makua, which are the largest ethnic group, and the Makonde, who live along the border with Tanzania, and a growing number of attacks on foreign workers involved in Cabo Delgado's booming gas industry.

This is all taking place in a country so destabilised that even the security forces are carrying out summary executions in public places and mismanaging counter terrorism operations by mishandling detainees, and arbitrarily detaining people and even journalists. This is just the latest turn in a highly regional conflict that requires government leadership, the government could send a powerful message by fixing its own political instability before hoping to foster greater stability regionally. There are currently billions of dollars of gas extraction plants in Cabo Delgabo, but there are similar projects in Tanzania, and if Mozambique’s projects become too costly security-wise, international actors will lose interest in helping the Mozambican government. A demonstration of reconciliation between government factions that have continually vied for power since the 70s would send a message to the international community also, that it is worth investing in Mozambique's government and security.

Islamic fundamentalist terrorist organisations are using the long-term destabilised situation in Mozambique to try and gain a foothold in Central Africa. Locals have designated such groups as “al-Shabaab”, but the groups do not have a direct connection to Somalia's terror organisation and self-identify as “Ansar al-Sunna”. The Islamic State of Iraq and the Levant have claimed that factions of these groups have joined Islamic State’s Central African Province. Salafist jihadist groups from the Democratic Republic of the Congo to Mozambique are now cooperating as a terror network in order to form an Islamic State in Central Africa, supporting and complicating international terrorism in other part of Africa and in the Middle East.

In Mozambique’s Cabo Delgado province the jihadist group Ahlu Sunna wa Jama has escalated violence throughout 2020, carrying out beheadings, displacing around 670,000 people and causing major food shortages. States that have suffered similar ISIS terror attacks in recent years should be seeking to help the Mozambican government in solidarity. The prime example should be France, a country that has suffered numerous grotesque terror attacks over the last decade and whose Total energy is one of the large energy companies operating in Cabo Delgado. But likewise the international community needs to come together to stop Islamic State fighters from relocating to take advantage of the lack of security in Mozambique to rebuild their international terrorist network, a potential threat to democracies internationally.

Agree
Disagree
Latest conversation
D H
Approved
DH edited this paragraph
In Mozambique’s Cabo Delgado province the jihadist group Ahlu Sunna wa Jama has escalated violence throughout 2020, carrying out beheadings, displacing around 670,000 people and causing major food shortages. States that have suffered similar ISIS terror attacks in recent years should be seeking to help the Mozambican government in solidarity. The prime example should be France, a country that has suffered numerous grotesque terror attacks over the last decade and whose Total energy is one of the large energy companies operating in Cabo Delgado. But likewise the international community needs to come together to stop Islamic State fighters from relocating to take advantage of the lack of security in Mozambique to rebuild their international terrorist network, a potential threat to democracies internationally.

The situation in Cabo Delgado is representative of a deep developmental divide in Mozambique, and a complete political failure to deal with the situation. The group behind the beheadings in November 2020 are Ansar al-Sunna, an Islamic extremist militant group that have released one statement swearing allegiance to ISIL, but the links are tenuous, and it is misleading to think portray them with similar aims to start an Islamic state in Mozambique. Unemployment and poverty are main drivers behind this insurgency, Mozambique has been an unstable country afflicted by prolonged civil war, violence has been common place here and even beheadings are sadly nothing new.

This history has given rise to an uneven society where high unemployment and lack of economic opportunities live along side multi-billion dollar foreign gas plants. Recent oil and gas discoveries have meant nothing for local unemployed men living in poverty, but more information is needed before the Mozambican Ansar al-Sunna's aims, intentions and connections with ISIL are fully understood. But what is known so far is that the group is a very small band of locals who resent the government, started by attacking police and then moved on to attack villages before taking over towns. They are therefore more likely a desperate and impoverished local Islamic militia than part of an international terror network with genuine connections to the Islamic State group.