What lessons does the UK need to take from the murder of David Ames? 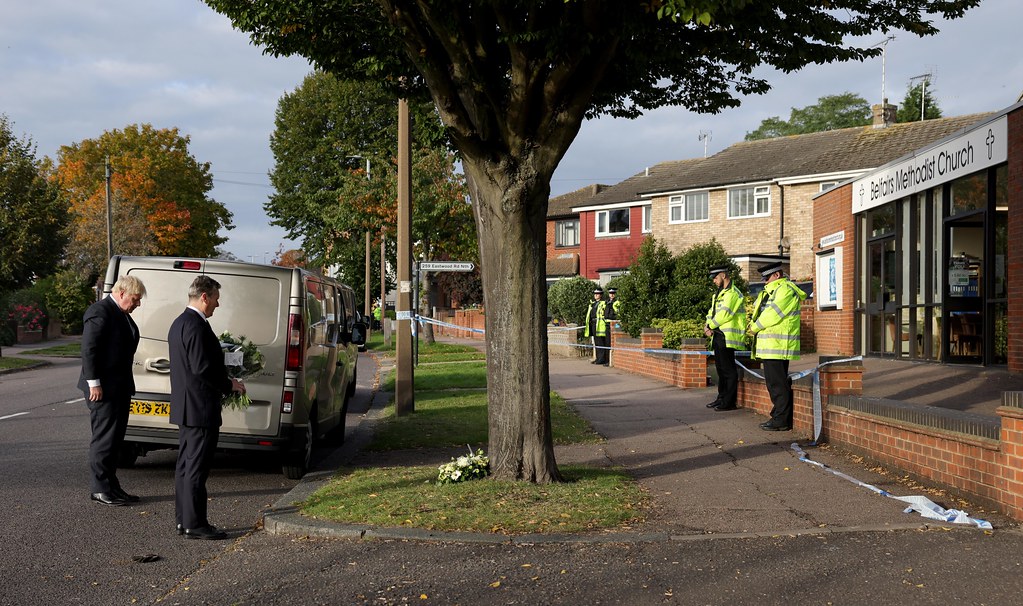 On the 15th October 2021 British Member of Parliament David Ames was stabbed to death during a meeting with his constituents at a local church. The police are treating this as an act of terrorism, and have arrested 25 year old Ali Harbi Ali on suspicion of murder; Harbi Ali is the son of Harbi Ali Kullane who served as Somalia's Communication Minister and as an advisor to the Prime Minister of Somalia. This murder follows a similar case of the murder of Jo Cox MP in 2016 who was murdered in the street by a far right extremist on the way to a similar a constituency surgery. Why is there an increasing in violence against politicians in Britain in recent years? What lessons does the UK need to take from the murder of David Ames?
Stats of Viewpoints
The need to protect our MPs
0 agrees
0 disagrees
Incompetent policing
0 agrees
0 disagrees
Viewpoints
Add New Viewpoint

The need to protect our MPs

The clearest take away from the assassination of David Amess MP is the need for better protection for MPs in the UK either by police or private security. While political assassinations are a rarity in the UK there are huge security gaps surrounding politicians who often conduct meetings with their constituents called "surgeries", this incident raises serious questions about the nature of this unusual openness in the British political system. Following the murder of Nigel Jones MP in 2000 by a mentally ill man, and the assassination of Jo Cox MP in 2016 by a far-right terrorist and now David Ames, the UK's "open door" policy needs reform. Similar policies are a rarity in other western democracies, they are rarely conducted in Italy and Spain, and in the US and Canada meetings with a politician is a tightly controlled procedure, while in Germany constituents are required to schedule private appointments well in advance. At the very least some form of screening should take place ahead of in-person meetings with UK politicians, but likewise online meetings could be the answer especially in a post-pandemic new normal, but if UK MP surgeries carry on it is now increasingly clear that MPs in the UK are in need of better security.

Police are not taking issues related to threats and violence against politicians as seriously as they need to in the UK, former MP Paula Sheriff has recently spoken out about the terrible handling of death threats and harassment by the police, who laughed at her and even sympathised with one of her harassers. Failure of the police’s counter terrorism campaign has also clearly failed, Ali Harbi Ali was already on the Police's Prevent counter-terrorism watchlist, and this is yet another clear mishandling of suspects known to the authorities but still able to commit crimes. The UK is one of the most surveilled countries in the world but this could possibly be just too much information for the police to process, but what is clear is that Prevent is clearly not preventing anything. But not taking these issues seriously is not limited to just the police in the UK, after the murder of Jo Cox in 2016 now Prime Minister Boris Johnson said in parliament "the best way to ensure every Parliamentarian is properly safe, & we dial down the current anxiety is …. in this country is to get Brexit done! [sic]". This was in spite of the fact that Jo Cox was murdered for her stance on Brexit, the police and current government headed by Johnson are in no place to learn lessons from this shocking murder.