Who should win in Samoa’s 2021 election? 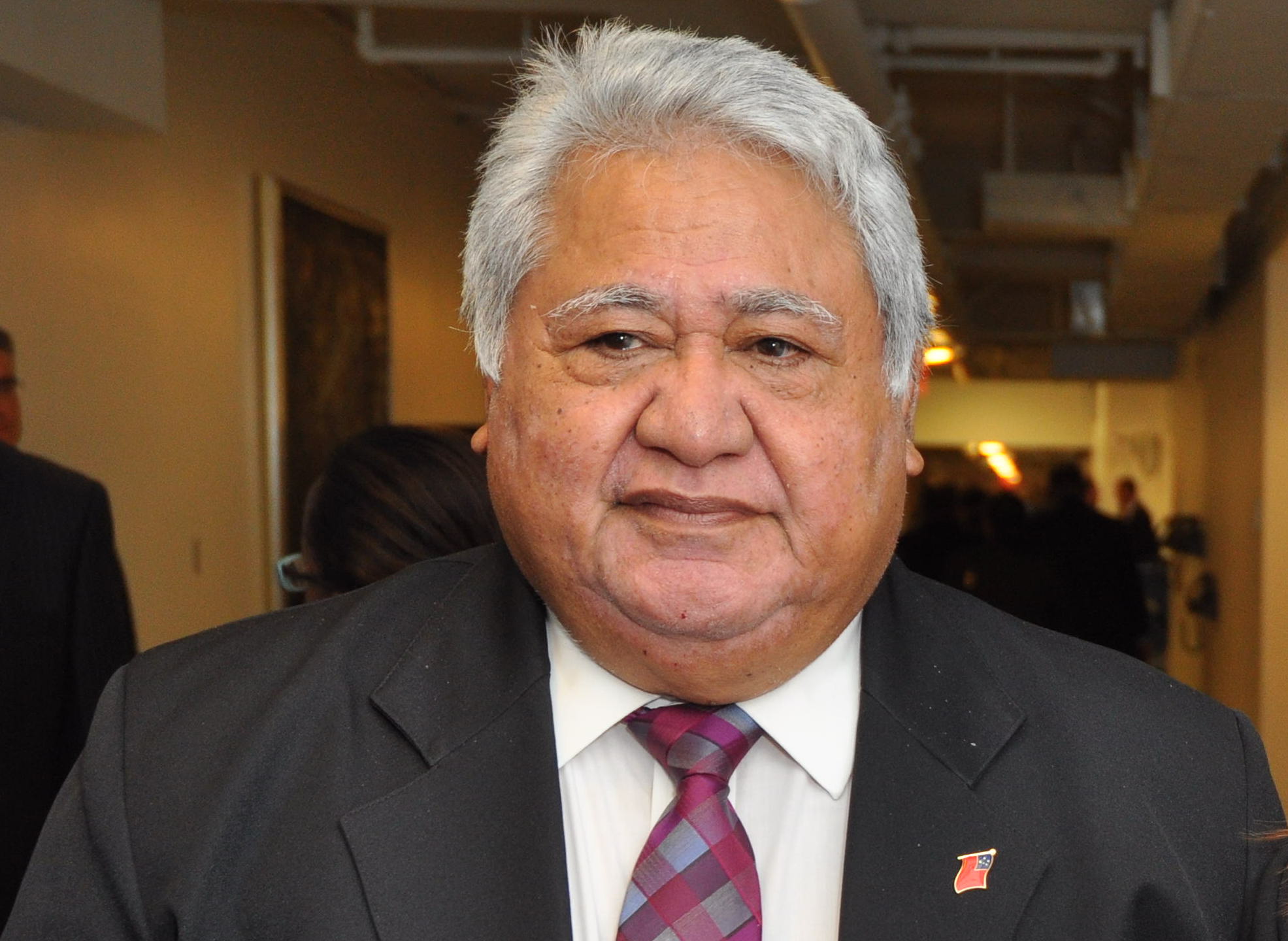 The Prime Minister of Samoa, Tuilaepa Sailele Malielegaoi, has led the Human Rights Protection Party (HRPP) for 23 years of the 40 years the party has been in power, but run up to the upcoming election has been intense. In September 2020, three leading opposition parties formed a coalition to offer stronger opposition to the HRPP, a coalition that came to be led by former deputy Prime Minister, Fiame Naomi Mata'afa, by March 2021. In the same month Prime Minister Tuilaepa launched an investigation into his former deputy and several other opposition MPs for alleged “treasonous activities”. Is it time for change in Samoa? Or in such a tumultuous period within a global pandemic, and accusation of treason, is continuity of more importance? Who should win Samoa’s 2021 election?
Stats of Viewpoints
Afualo Wood Salele
0 agrees
0 disagrees
Fiame Naomi Mata'afa
0 agrees
0 disagrees
Tuilaepa Aiono Sailele Malielegaoi
0 agrees
0 disagrees
Viewpoints
Add New Viewpoint

The most prominent candidate to stand in the 2021 election is Afualo Wood Salele, an economist and president of the Tautua Samoa Party, Salele has negotiated a campaigning alliance with the Samoa First Party and Sovereign Independent Samoa Party and agreed to strategically not contest each other's candidate's seats. After 22 years in the top job, Tuilaepa Aiono Sailele Malielegaoi is the second-longest serving prime minister in the world, and has gained criticism for controversial traffic, date line, and land reform policies, as well as a disastrous handling of the 2019 Measles outbreak, something that still lacks public inquiry despite Malielegaoi opening inquiries into his political opponents. Furthermore Samoa’s Prime Minister has shown the classic signs of an autocratic leader, encouraging his supporters to crash FAST party fundraisers to intimidate their supporters, and he has even been the target of three assassination plots during his time as prime minister, it is clearly time to step aside. Salele could potentially be leading the strongest challenge to the ruling party in 20 years, it was announced that his Tautua Samoa Party had been in talks with the FAST party with the hope of building a wider coalition to oppose the government.

Fiame Naomi Mata'afa was Samoa's first female Cabinet Minister, and former deputy Prime Minister to Tuilaepa Aiono Sailele Malielegaoi, but rebuked the Prime Minister and resigned in protest over a controversial bill pushed through during the COVID pandemic. Mata'afa became the leader of the Fa'atuatua i le Atua Samoa ua Tasi (FAST) Party in March 2021 to run against the long-sitting Prime Minister for which she is the subject on an ongoing inquiry for "treason". The Constitution Amendment Bill, Land and Titles Bill, and Judicature Bill, that caused Mata'afa to resign, is widely viewed as a threat to human rights, the rule of law, and even freedom of religion and was also opposed by the Samoa Law Society, Samoa's Supreme and District Courts, as well as Samoa's Ombudsman. Mata'afa is in a unique position to have the experience of helping to run the country, but also to have the moral backbone to fight for her constituency and oppose damaging legislation proposed by an individual who has held power for longer than could be expected for a health democracy.

During the on going COVID pandemic, and with Prime Minister Tuilaepa Aiono Sailele Malielegaoi having such a long time in office, a change of party now could be catastrophic for this small island nation. What’s more with on going treason investigations into some of the major opposition figures this seems a dangerous time for a changing of the guard politically. Indeed, none are more confident of a HRPP win than Prime Minister Tuilaepa himself, who has predicted he will not only win, but increase his party's seats in the Samoan Parliament to 45.