Is it time for Boris Johnson to resign? 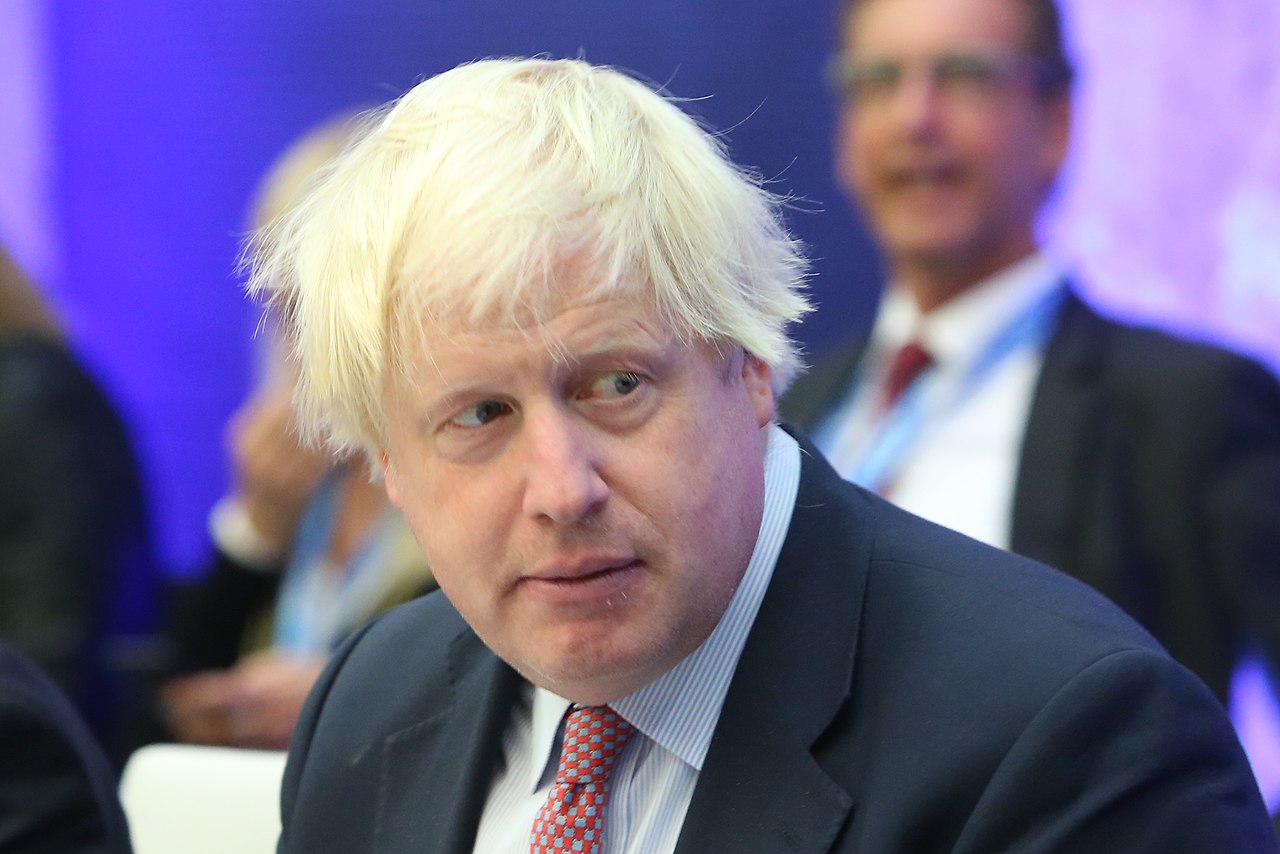 Despite some of the highest spending, and being at the forefront of vaccine research, the UK has suffered under one of the worst responses to the COVID pandemic of any country in the world. UK Prime Minister Boris Johnson was one of the first global leaders to contract the virus due to his own negligence [1], and his government have repeatedly failed to deliver on much of their COVID strategy, overseeing a shocking number of logistical and public messaging disasters. Despite ministers having knowledge of the severe danger of second spike through the winter none of these logistical or public messaging fiascos were dealt with, which has led to one of the largest death tolls thus far in the COVID pandemic. Now UK hospitals are overwhelmed to the point of warning that they may have no choice but to turn patients away in the coming weeks. Furthermore the Johnson government has been the subject of a number of cronyism scandals throughout the pandemic, seemingly profiteering from the public health disaster by giving contracts to friend's and family member's companies. This scandal seems to have even affected meal subsidies for children in poverty, as Johnson's opaque privatising of 'free school meals' during the pandemic has resulted in one sixth of the usual meal cost making it to vulnerable hungry children. Is it time for Boris Johnson to resign? [1] youtube.com/watch?v=n3NAx3tsy-k
Stats of Viewpoints
Yes, the failure to deliver even on positive policy choices
0 agrees
0 disagrees
The various pandemic scandals alone should be enough
0 agrees
0 disagrees
Boris Johnson’s racism and homophobia
0 agrees
0 disagrees
Starmer needs to step down – Labour needs new leadership
0 agrees
0 disagrees
He already plans to...
0 agrees
0 disagrees
No
0 agrees
0 disagrees
Yes
0 agrees
0 disagrees
Viewpoints
Add New Viewpoint

Yes, the failure to deliver even on positive policy choices

During the pandemic the response of the Tory government of Boris Johnson has been marred by procrastination, indecision, scandal and misjudgement. However the under reported side of things is even more worrying, and it is becoming increasingly clear that even the policies that the UK could be praised for (such as their furlough scheme) have fallen apart in delivery or are starting to fall apart in later lockdowns. According to Trades Union Congress, from a survey of more than 50,000 women, over 70% of furlough requests from working mums have been rejected. This level of failure demonstrates that the incompetence of the Johnson government goes far beyond Boris Johnson himself, and should have prompted urgent resignations from across the government.

The various pandemic scandals alone should be enough

As if scandalous profiteering from the pandemic was not enough, now the Tory's seem to have been profiteering from poverty simultaneously during a pandemic, any decent government would have resigned in light of such shocking conduct. The Johnson government's pandemic response was found to be rife with corruption and cronyism in 2020 as billions of pounds of contracts were signed to companies with ties to the government. More recently however the Johnson government seem to have been profiteering from poverty-stricken families with mismanagement of a lockdown school meals program, privatising and outsourcing it to companies who have failed to deliver and deprived many hungry children throughout the lockdown. Meanwhile in Holland the whole government have stepped down following an eerily similar mismanagement of a childcare subsidies scheme, whereby families were accused of fraud and mistakenly made to pay back subsidies, based mostly on racial profiling. How many scandals will it take for Johnson's government to do the right thing?

As a journalist and a politician Johnson has had an unbelievable string of scandals and gaffes, involving racism, sexism, xenophobia, chauvanism, homophobia, drug use, and dishonesty, any of which would have caused a reasonable person to resign. It is the man's unbelievably self-centredness, to the point of narcissism, that clouds any good judgement that Johnson could muster in order to resign, and it's a shocking sign of the times that such a character could have been elected in the first place. This xenophobic attitude continues into the present with Johnson's recent Sinophobic remarks to distract from his pandemic performance, blaming Chinese medicine for COVID-19 despite their being ample evidence that the virus was circulating in Europe long before the outbreak in Wuhan. Its crazy that Labour Party were called out so harshly for antisemitism when Prime Minister Boris Johnson has repeatedly proven himself to be a racist, sexist, homophobic, Islamophobic, xenophobe, this alone should be enough to end a political career.

Kier Starmer needs to step down more urgently than Boris Johnson, many others have proven themselves equally as inept in the Tory Party, Johnson stepping down would just thrust another one if his ilk centre stage. Real change, and real strategy, needs to come from government opposition and Britain needs a functioning opposition party, Kier Starmer is clearly not leading one, the Labour Party needs new leadership. Footballer Marcus Rashford is the country’s real opposition leader, repeatedly holding the government to account and successfully intervening against toxic government policy numerous times through personal publicity campaigns throughout 2020 and 2021. Rashford has single handedly pressured the conservative government into u-turns on a number of disgusting issues, while Starmer has repeatedly failed to hold Johnson accountable for anything.

He already plans to...

In October 2020 Tory MP’s claimed that Johnson planned to resign in spring 2021 because his £150,000 salary was too small, the comments were seemingly made despite the on-going pandemic and when Brexit negations were still looking like they could fall apart. Similar rumours were circulating two months earlier when Humphry Wakefield, Johnson's chief adviser Dominic Cummings' father-in-law, claimed that Johnson planned to quit in early 2021 due to lingering health problems caused by COVID-19. Ex-Prime Ministers often make large sums of money giving speeches and private lectures, Theresa May has earned over £1 million since resigning, while David Cameron earns around £120,000 per speech, and Tony Blair has managed to amount a £22 million fortune from lecturing and consulting.

Boris Johnson is not to blame for COVID, the country along with the rest of the world was hit by an unprecedented pandemic, no one saw this coming and many other countries have had an equally bad performance. Johnson has just accomplished the milestone of Brexit, something predecessors were seemingly unable to deliver, and despite some clear mistakes he has overseen the first COVID vaccination campaign in the world, rolled out before many larger nations and economies. This is all in spite of being the first leader that contracted the virus and some have speculated that he may have been recovering for the symptoms long after leaving intensive care [1]. The UK has also faced a significant number of hurdles that other governments have not been faced with, such as a new variant of the virus and large sections of the public who refuse to follow the rules.

In British history Prime Ministers that have failed to lead in an unprecedented time of crisis have often resigned. The failure of the UK pandemic response has clearly resulted from top down incompetence and it is Johnson's disorganised ineptitude and fatal inability to lead that have caused this situation, the fact that Johnson has not resigned already demonstrates how tragically unaware he is, even his own failure. Johnson's leadership has led to a clear lack of strategy, delayed actions, inadequate public communication, logistical failures, employment failures, multiple cronyism scandals, clear examples of lying, and the inability of Johnson and his staff to follow their own pandemic guidelines. Its unthinkable that such a historic public health disaster has been handled so badly and yet the person responsible has not resigned, Johnson will go down in history with Neville Chamberlain and Anthony Eden as one of the worst Prime Ministers in British history.