What happened during the Malmö riots? 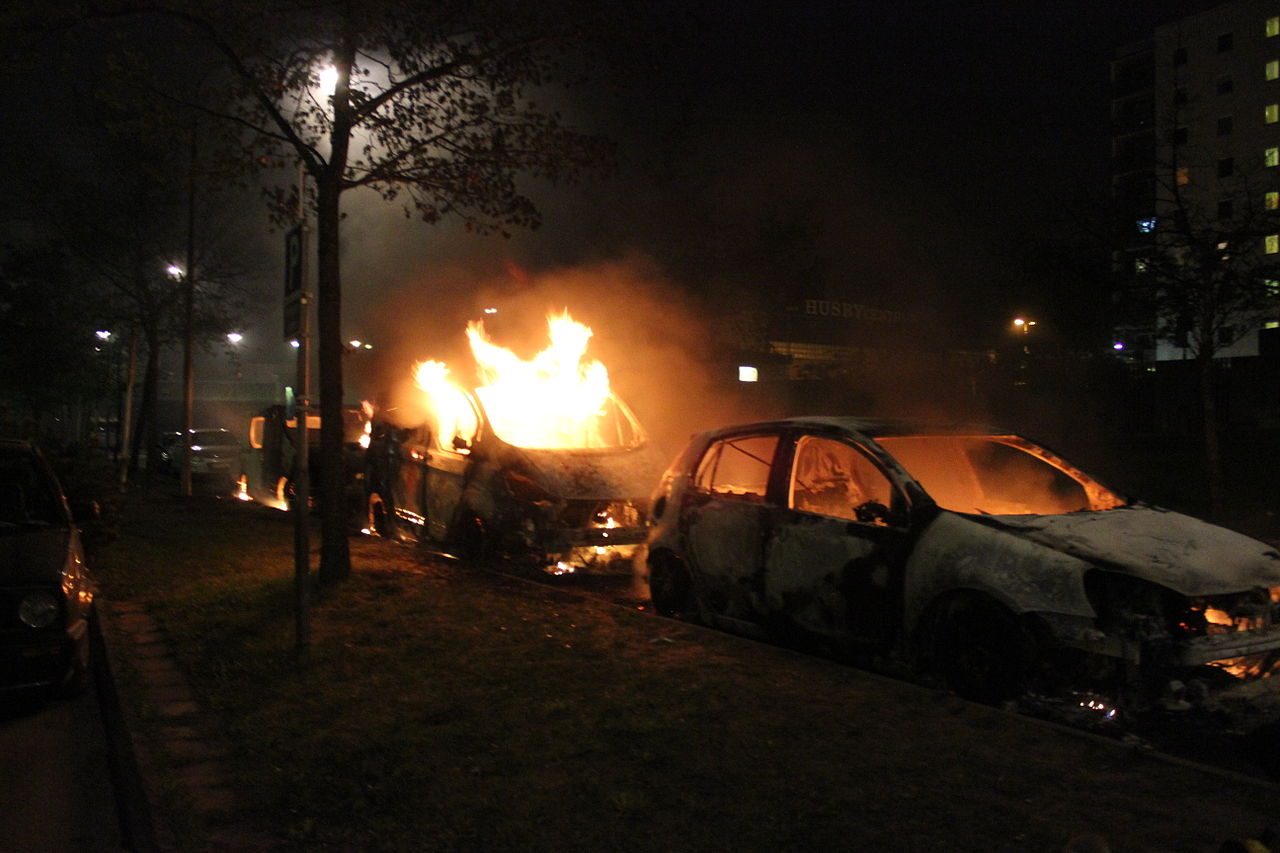 [Picture from Second day of riots in the Stockholm suburb of Husby in 2013] Riots broke out in the cities of Malmö and Ronneby in late August 2020, with 300 people involved in throwing rocks and concrete, destroying bus shelters, destroyed lampposts, and setting fire to tires and other objects. The riots took place in cities with large migrant populations, and are understood to have started as a counter protest to far-right event held in the Rosengard district of Malmö. What caused these riots in the Swedish cities of Malmö and Ronneby? Where they acts of civil disobedience that got out of control or simply needless violence? What is the wider significance of these riots?
Stats of Viewpoints
Response to a disgusting attack on Islam
0 agrees
0 disagrees
A history of rioting in Sweden’s most dangerous district
0 agrees
0 disagrees
Viewpoints
Add New Viewpoint

Response to a disgusting attack on Islam

These riots followed the burning, kicking and spitting on a Quran at a far-right rally in Rosengard, a predominantly immigrant neighbourhood of Malmö, Sweden. The rally, named “Islamization in the Nordic countries", was linked to the Danish far-right politician Rasmus Paludan, leader of the Danish extremist party Hard Line, who had been deported and banned from entering Sweden for inciting hatred. Inciting hatred is what his followers did in his absence, for which three people were arrested, but carrying out such an Islamophobic attack in an area with a high Muslim population inspired the riot that only came to an end after residents, police and religious leaders took to the streets to promote calm. This was a disgusting provocation of the Muslim population by Swedish fascists in an area of Sweden with a long history of anti-racist riots, the Båstad riots of 1968 for example broke out against apartheid in South Africa and Rhodesia when both countries were participating in a Tennis tournament in Sweden.

A history of rioting in Sweden’s most dangerous district

The Malmo riots took place in Sweden’s migrant capital following the burning of a Quran at a far-right rally, rioters responded by attacking police and causing damage until 3am, and even tried to set fire to a local church according to one eyewitness, Naem Sufan. This is just the latest of a long string of riots and a rise in violent crime in Swedish migrant neighbourhoods, starting in 2008 with the Malmö mosque riots, riots continued in Malmö in 2009, in Rinkeby in 2010, in Husby in 2013, in Norrköping and Borlänge in 2016 and in Rinkeby again in 2017. The 2016 riots led to numerous studies and most researchers concluded that social segregation and failed integration of first and second generation immigrants were the main driving force of the this growing trend in Sweden's problem areas. Areas like Malmö are quickly gaining the reputation as 'no go' zones, being Sweden’s capital of violent crime, due to growing trends of gang crime linked shootings and bombings, with fatal shootings increasing ten fold in the last two decades.