What were the pros and cons of the 2008 banking bailouts? 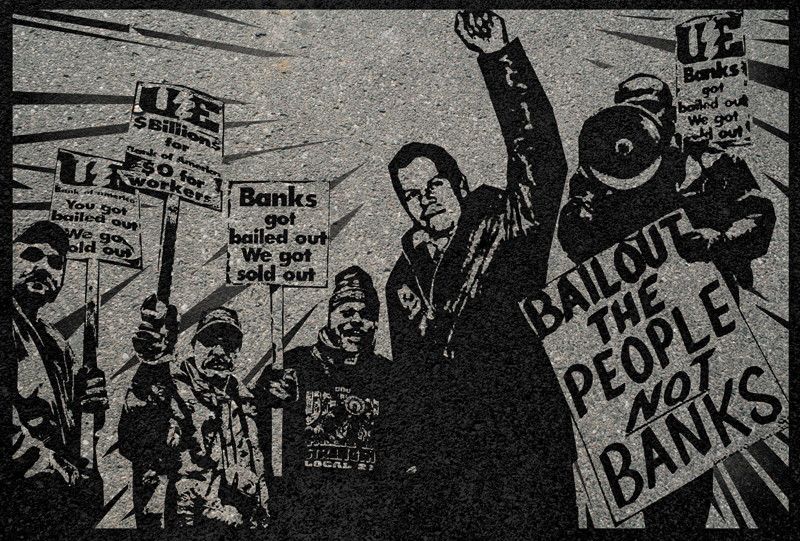 In 2007 and 2008 a global financial crisis struck the world as a housing bubble in the US, caused by banks conducting increasingly risky practices, quickly escalated into a global economic shock. The US government under George W. Bush passed the Emergency Economic Stabilization Act of 2008 in response to the Great Recession that followed, using $700 billion to purchase distressed assets to prop up the failing financial institutions. Just days later the UK announced the 2008 United Kingdom bank rescue package, a $850 billion to stabilise British banks and the stock market and restore investor confidence. The great recession also gave rise to the European sovereign debt crisis starting in 2009, and similarly the EU responded by providing EU member states with loans from the European Central Bank and the International Monetary Fund. Although different these bailouts were defining moments politically and economically over the next decade, and the economic repercussions of the bailouts are still being felt into the present. Positive or negative, what effects did these bailouts have on these countries, their economies or the world at large?
Stats of Viewpoints
Con – failed to eliminate toxic banking practices
0 agrees
0 disagrees
Pro – Taxpayers profited from the bailouts
0 agrees
0 disagrees
Viewpoints
Add New Viewpoint

The 2008 financial crash was caused by companies like AIG, Goldman Sachs, Lehman Brothers, JP Morgan Chase, Bank of America and Morgan Stanley who engaged in the mass scale sales of legally questionable, increasingly risky, and fraudulent securities that were backed by mortgages. Federal regulators and prosecutors allowed the worst players behind this mass defrauding of the banking system to get away behind carefully orchestrated minor settlements, small fines that were payed by the banks themselves using yet more shareholder money. This failure to prosecute anyone is widely thought to have set a negative precedent and these risky practices are thought to be continuing following a Trump presidency that rolled back most of the regulatory laws passed in the wake the Great Recession. The revolving door between finance and government has kneecapped financial regulation to the point where a new precedent of toxic banking practices were reinforced, and the "too big to fail" ideology has led to large bailouts becoming the norm as the next bubble continues to grow.

Pro – Taxpayers profited from the bailouts

The UK taxpayer profited from the bailouts, and that may be the same in the US but could be a con in the US after inflation, but by the same logic the bailouts spared a bigger and longer lasting economic downturn so could be seen as an investment in this way. In the United States the government created the the Troubled Asset Relief Program (or TARP), which invested $426.4 billion for a total return of $441.7 billion, making $15.3 billion profit to the taxpayer, a 0.6% annual rate of return. Likewise The UK government sold out of the bank Lloyds banking Group for £21.2bn, and after being bailed out for £20.3bn in 2008, that benefitted the taxpayer to the sum of £894m.