Is the Myanmar coup protest part of the Milk Tea Alliance? 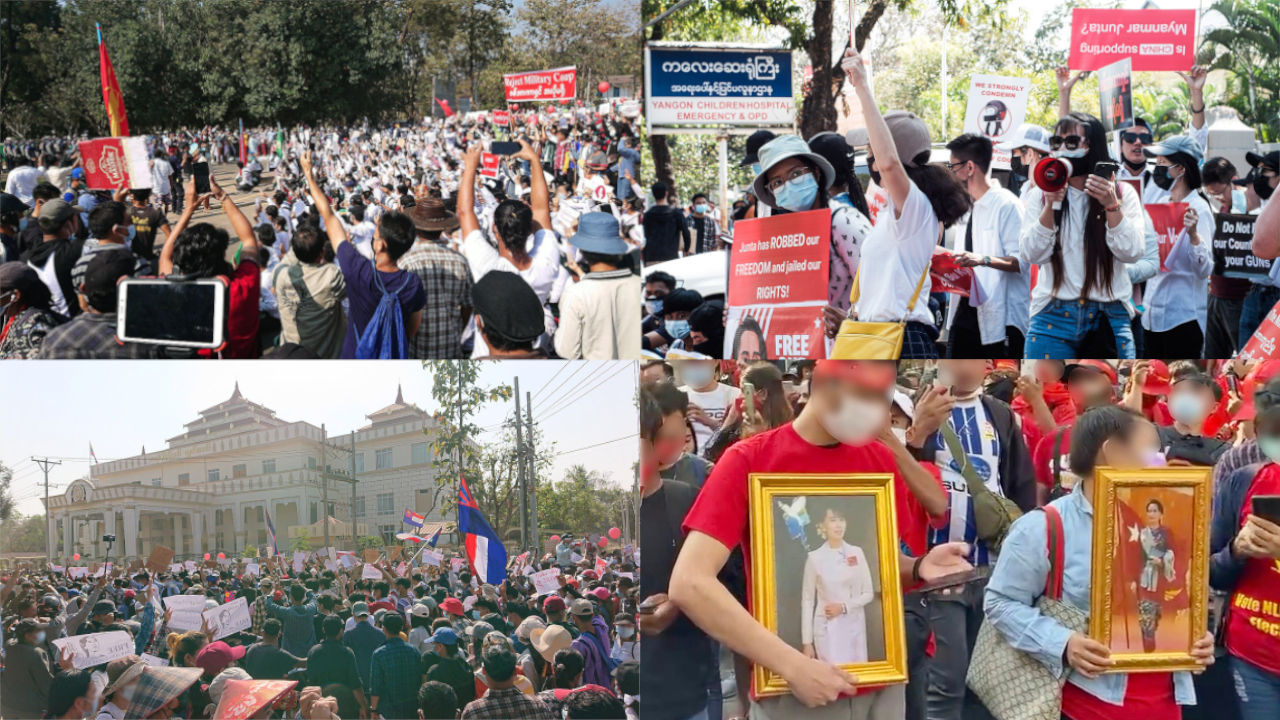 The Myanmar military orchestrated a coup d’état on the 1st February 2021, imposing a year-long state of emergency and detaining President Win Myint, State Counsellor Aung San Suu Kyi, and civilian ministers and members of Parliament. Protests against the coup d’état broke out in Myanmar the next day and have since widened into labour strikes, civil disobedience, pot-banging and military boycott campaigns, but the military has instigated a counter-campaign of an internet blackout, protest arrests and the use of violence against demonstrators. The Milk Tea Alliance was initially an Internet joke but became a Internet solidarity movement drawing parallels between Hong Kong, Taiwan, and Thailand, all nations drink milk tea and have recently seen pro-democracy protests and/or clashed with Chinese trolls/nationalists on social media. Activists in Myanmar and Thailand have shared pictures of Royal Myanmar Tea bags online in solidarity with protesters in Myanmar, while some activists have clearly used anti-China placards and memes both in Myanmar's protests and online. The three-finger ‘Hunger Games’ salute seen in Thailand’s protests has also been used in Myanmar as activists borrow symbols from other protest movements in the region. What factors are driving these current protests? Is it simply the military coup, or part of a wider stand for democracy and human rights, or the start of an anti-China stance spreading across Asia?
Stats of Viewpoints
Myanmar joins the Milk Tea Alliance
0 agrees
0 disagrees
Viewpoints
Add New Viewpoint

The Milk Tea Alliance are joined in their campaign for the respect of civilian lead democracy and sovereignty, and the restoration of a transparent civilian government in their respective countries. From the fact that the military have already shot a woman in the head, Myanmar is clearly a much more dangerous country for protesters than the others, but the movement of inspiration from Taiwan to Hong Kong to Thailand to Myanmar is clear. Kyaw Nanda, a graphic designer that has used his art as protest, claimed to have been "inspired by how Hong Kong and Thai protesters used creativity and humour in their protests" [1]. Inspiration is now moving both ways as Thai protesters take up the pot and pan beating campaign, tradition in Myanmar to ward off evil spirits, and arguably Hong Kong’s protest movement may enter a new more effective phase if it were to take on the strike action we have seen in Myanmar.