Is the UK becoming a rogue state? 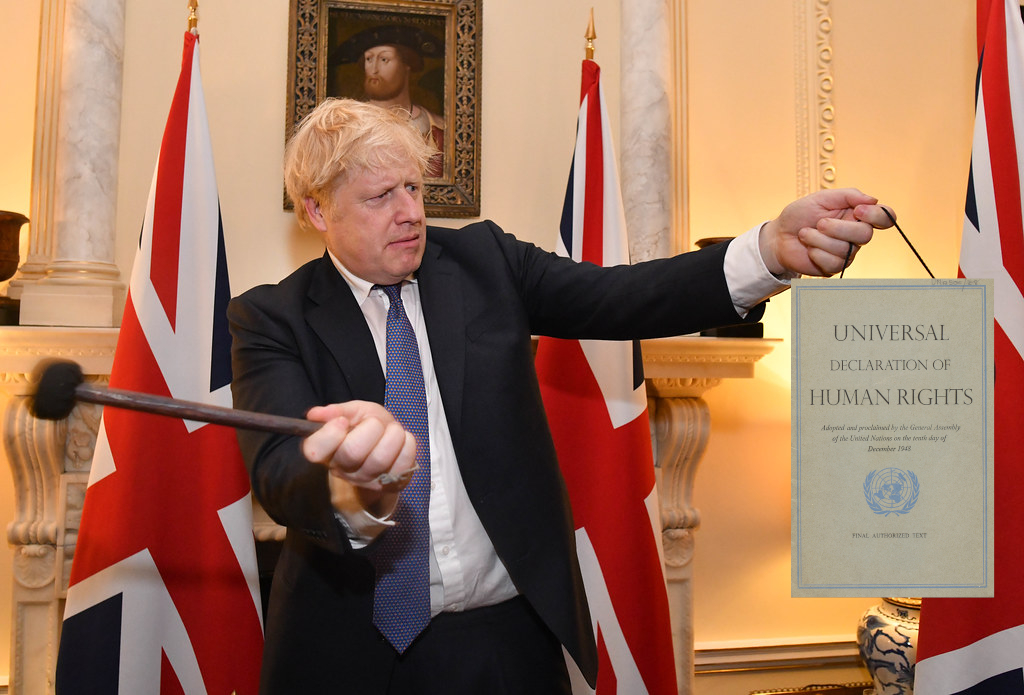 The push to the far-right by European figures such as Viktor Orban has been called a push towards authoritarianism and even fascism, but with painfully similar policies being passed by the UK conservative party, is the UK heading in the same direction? The UK conservative government seems to be making full use of leaving the European Union, as issues as bold as reviewing the Human Rights Act, and even legalising torture have been put forward by Boris Johnson's government. The COVID pandemic response has also led to more cronyism than we have seen in most countries and a distinct repression of rights as the Conservative government has sought to ban protests which cause annoyance, something that protests do by default. Short of ruling by decree, something that Orban’s Fidesz Party decided to establish during the pandemic, the UK Conservative government are seemingly taking the country in a much more despotic direction. Can the UK accurately be compared to increasingly authoritarian states such as Hungary? Is the UK becoming a rogue state? Or, is the UK looking set to become an increasingly fascist or repressive state following its exit from the European Union and the COVID pandemic?
Stats of Viewpoints
Yes
0 agrees
0 disagrees
Viewpoints
Add New Viewpoint

In one week in the UK parliament passed a repressive policing bill, Johnson announced massive nuclear stockpiling plans, and even suggested placing secret police in nightclubs, in response to the recent police mishandling of the murder of a young woman carried out by a policeman. This follows massive cronyism financing scandals, effective nursing pay cut scandal, and the use of new COVID legislation to fine a protest organiser £10,000 for trying to protest nurses pay during the pandemic. Also in 2020 the UK government attempted to add changes to the "Overseas Operations Bill" that effectively decriminalises torture and broke international law as part of the Brexit negotiation process.

These plans were largely hinted at in November 2019 in the Conservative manifesto, which demonstrated Boris Johnson's intention to make deep reforms to UK political system. Even then these reforms sounded overtly regressive and potentially dangerous, with mentions of revising the relationship between the Government, Parliament and the Courts, and updating the Human Rights Act set the tone for such legislative choices. The examples of these intentions put into action are too numerous and serious, under the Johnson government the UK looks set to pursue a North Korean trajectory, never mind Hungary.