Who is responsible for the crisis on the Belarusian border? 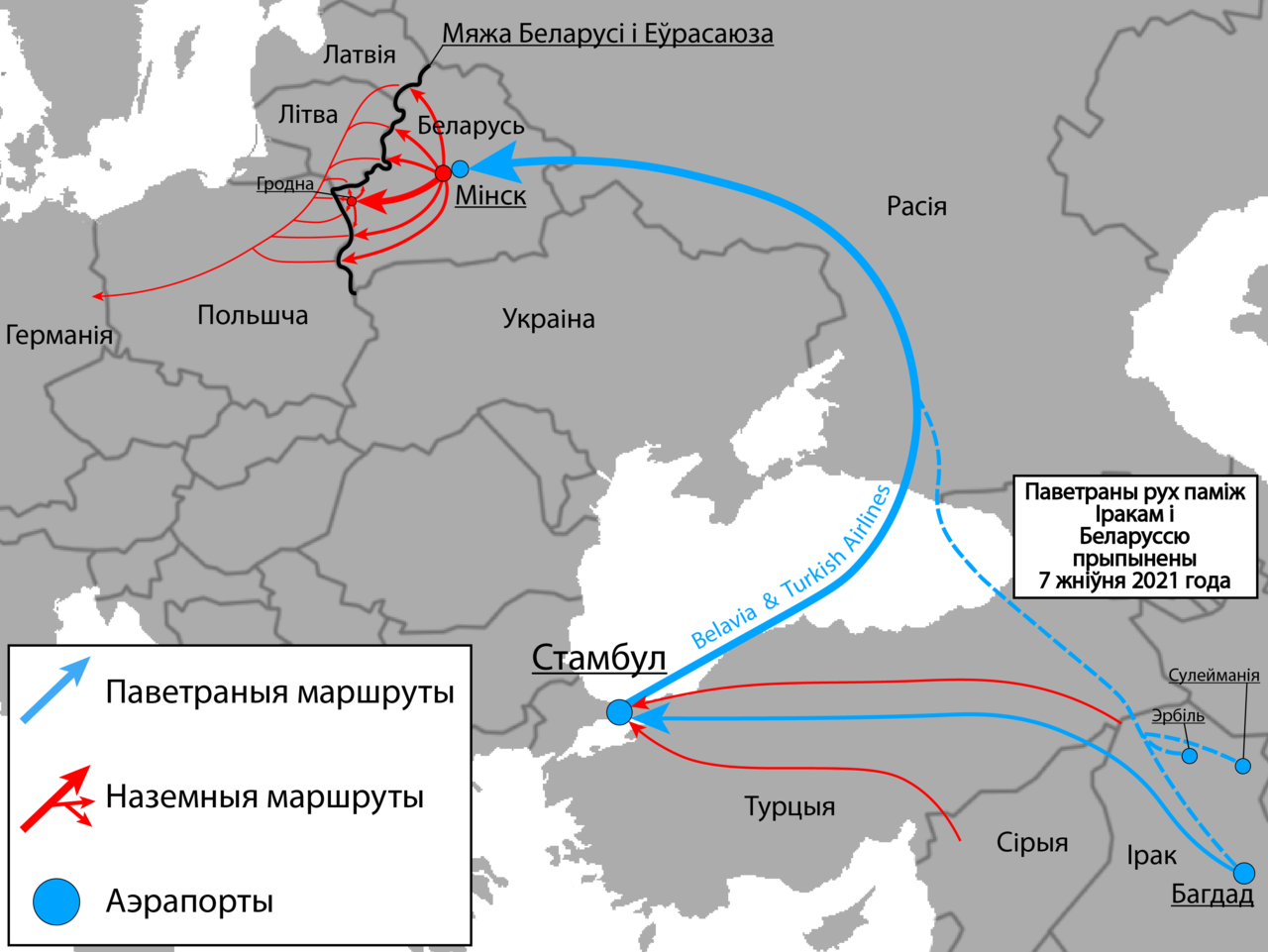 The European Union has place sanctions on Belarus for the governments violence, repression and election fraud following the disputed Belarusian presidential election in 2020, which Alexander Lukashenka claimed victory for his sixth consecutive term as the country’s president. Following a year of protests and international incidents with dissenting Belarusian nationals, a migrant crisis on the Belarusian border with Poland, Lithuania and Latvia has recently caused relations between the Belarus and the EU to become increasingly troubled. The EU blames the recent surge in asylum seekers trying to enter Poland, Lithuania and Latvia through Belarus on the Lukashenka regime, accusing Belarus of using migrants as a form of hybrid warfare. However human rights organisations have also voiced concern over the use of illegal asylum seeker pushback policies by EU countries which EU member states seem to be in support of. While the problem has clearly been brought on by Belarus, does this crisis stem more from the EU's unsolved problem of immigration xenophobia? Does the EU actually have the bigger role in making this a bigger crisis than it had to be? Who is responsible for the crisis on the Belarusian border?
Stats of Viewpoints
EU
0 agrees
0 disagrees
Viewpoints
Add New Viewpoint

Anti-migrant European sentiments are driving this despicable use of refugees by Lukashenka to crisis proportions and only worsen the situation. Yes Lukashenka doesn't care about refugees but it's clear that neither does the EU or its member states that border Belarus, Poland, Lithuania and Latvia. Contrary to what is quickly becoming popular belief in Europe there is no obligation on refugees to claim asylum in the first safe country they reach, according to the Geneva Conventions and EU law, and refugees are entitled to seek asylum in EU states.

But despite this numerous EU member states have a clear problem with migration, it has been highly politicised since the migrant crisis in 2015 and EU refugee policy has become one of the most toxic and divisive political issues in the continent, more than even economics or climate. The death of an Iraq man on the Lithuanian border recently is in effect manslaughter due to the leadership negligence demonstrated here, and both the Belarusian and Lithuanian authorities are implicated through their actions. However these EU nations are more directly breaking asylum legislation in their blocking of migration at the border, this is not hybrid war it is a humanitarian disaster of Poland's, Lithuania's, Latvia's, and, the longer it takes to act, the EU's making.