What are the pros and cons of the Brexit trade deal? 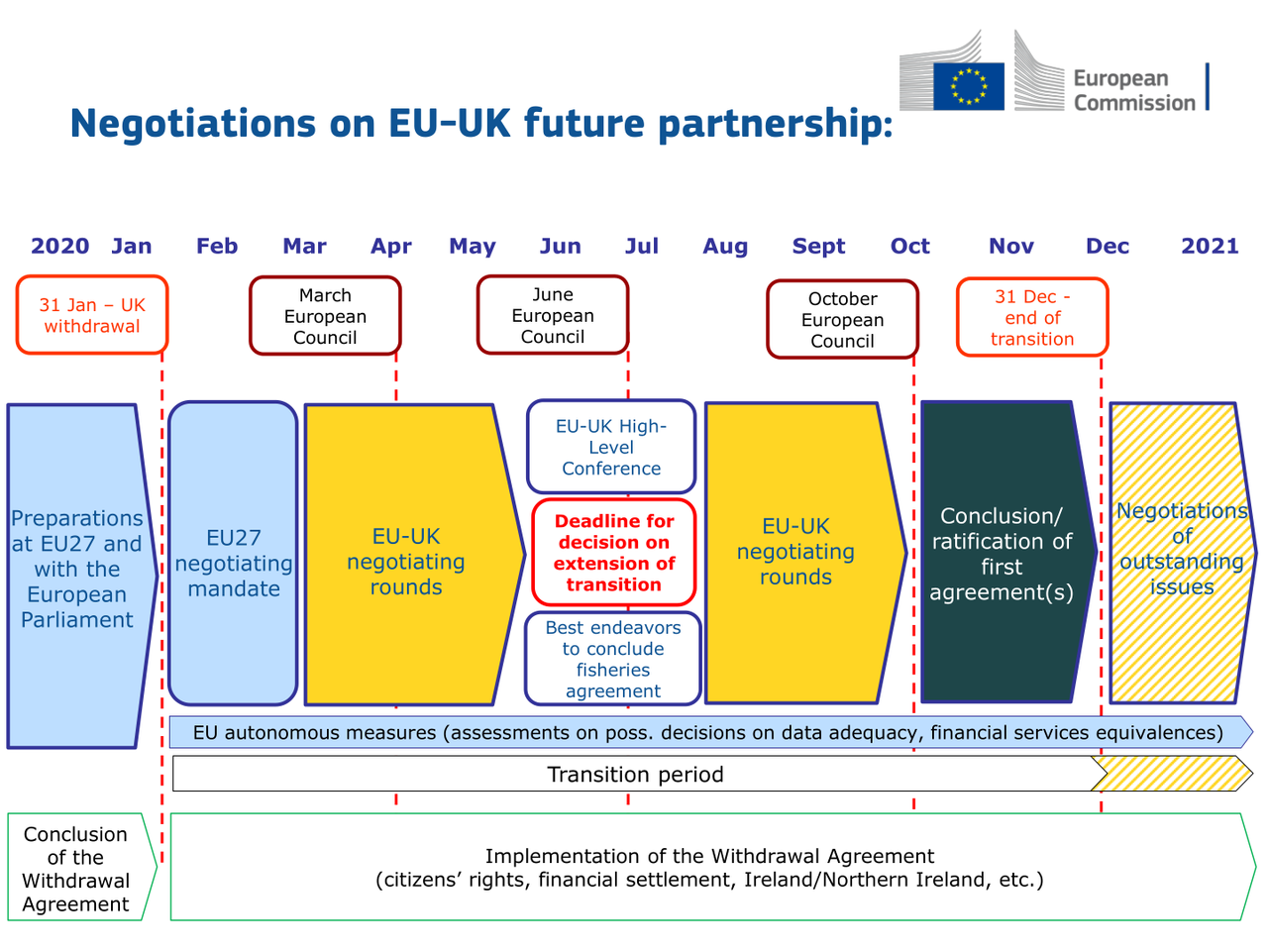 Any trade benefits do no make up for non-trade losses

The few, very questionable, trade benefits that the UK has secured in this trade deal do little to rectify the huge losses of non-trade positives that the country has as a member of the EU, and this deal does little to make the process of Brexit less difficult for UK citizens. Positives such as the free movement of people will see Britons having to navigate visa costs, roaming charges, border checks, while rights to work or study and even pet passports may be increasingly difficult to acquire. Meanwhile qualifications will no longer be automatically recognised, possibly making it harder for UK citizens to apply for jobs in the EU, and further limiting the ease of movement even for UK professionals. Likewise Britain's inclusion in EU programs and projects such as Erasmus, NextGenerationEU, SURE, Galileo encrypted military signal, Horizon Europe will see the country missing out on key cultural and technological exchange programs and suffer in future isolation.

While the Brexit trade deal was largely touted as a end the ECJ jurisdiction and the return of British sovereignty from the EU, Britain may not be so free from Jurisdiction of the European court of justice after all. Upon looking into the fine print of the Brexit deal it is clear that EU judges will still be able to enforce order in the UK in relation to EU programs and activities that are set to continue post-Brexit. It seems that the UK government compromised on this matter as projects number of projects will still be subject to European courts: Horizon 2020 - an initiative aimed at securing Europe's global competitiveness, the Euratom nuclear research programme, the ITER project to build the world’s first functioning nuclear fusion system, the earth monitoring project Copernicus, and EU satellite surveillance and tracking services.

Con: Addressed goods but not services

The Brexit trade deal has received widespread criticism for its limited scope when it comes to the UK's largest trade asset - services. The current agreement is largely a foundation for the trade of goods crossing borders, addressing service much more breifly, which may make it significantly harder for UK firms that export services to keep doing business within the EU market. Sectors such as financial services and architectural firms employ many in the UK that work within the EU providing services, and trading rules over such sectors will need further ratification at a later date.

Pro: Jurisdiction of the European court of justice will end

The Brexit trade deal was not limited to simply trade, as so many other issues are interwoven with how nations trade, and one of the big successes of the Brexit trade deal is it takes back British sovereignty by ending influence of European Court of Justice (ECJ) over the UK. One of the key reasons for Brexit supporters voted to leave was the issue of sovereignty and going into the Brexit trade negotiations Britain established any role for the ECJ in British affairs as a red line. This trade deal has succeeded in ending ECJ oversight, and has been praised for this on both left and right-wing euroskeptics.

Con: State aid regulations are, so far, up in the air

State aid regulation is in place to help competition and limit how a state can interfere with certain sectors to make them more profitable, through state subsidies for example. The EU has strict state aid laws and many view provisions on state aid in the Brexit Trade Deal as ambiguous and problematic. This major issue could become a sticking point in all future negotiations, and could leave the UK unable to act in protecting certain sectors if they want favourable trading terms with the EU moving forward. This may limit them in gaining the ability to support certain sectors as they see fit, so the Brexit Trade Deal is far from 'the cutting of red tape' that was it advertised as.

No matter how the UK government try and spin the matter, the UK has ultimately lost major trade benefits with its biggest trading partner. While the UK has retained some of its frictionless trade benefits moving forward, there is no agreement on conformity assessments, and this will likely lead to trade barriers in the future, for example all goods may have to be checked twice to be certified. Areas such as air and road transport are also likely to form significant barriers to trade in the short term, but other border issues remain unresolved that will likely hinder trade.

The Brexit trade agreement fails to cover each region's sanitary and safety standards for exporting animal food products, which will add significant cost to products headed into the EU single market, bad news for the British agricultural sector. But probably the most significant sticking point in negotiations was the issue of a level playing field on trade, and to overcome the issue the UK has signed up to yet unknown tariffs that the EU can impose if the UK veers too far from EU regulation in the future. The Brexit trade deal is far from being a comprehensive trade agreement, far from the economic freedom the UK government is now bragging that it is, and trade is likely to be an ongoing sensitive issue between the EU and UK long into the future.

While the Brexit trade deal remained an agonised negotiation, the agreement is the first real step in the UK taking back control of its laws and regulations; the country is now ready to operate outside the customs union while retaining full access to the European single market. This zero-tariff, zero-quota access to the EU single market will allow the UK to operate outside of EU rules and deregulate to aid business and British competitiveness, while disputes with the EU can be settled by an independent arbitration panel already established in the Withdrawal Agreement. The trade deal comes with a four-year "get out" clause for either side if the £668billion agreement is deemed to be not working fairly moving forward. Concessions have been secured on rules of origin for goods, customs streamlining and 'trusted trader' schemes, while the financial services sector has been insulated pending further agreements. According to an internal government document 43% of major issues in the Brexit trade deal were a win for the UK, while 17% were deemed favourable to the EU. The deal is a huge sigh of relief for both sides of the English channel, but with this trade deal the UK has ultimately taken back control...

One critic of Boris Johnson's Brexit trade deal was ex-prime minister Theresa May, who pointed out that aside from trade there are many security implications that have so far been left untouched and possibly leave the UK more susceptible to security threats moving forward. The UK will immediately lose access to criminal records, fingerprints and wanted persons lists as it has no arrangement to deal with access to key EU security database that are regularly used by British police at present. Moving forward this kind of data will only be available under much stricter conditions, and will therefore take much longer also. So far an agreement has only been reached on extradition, and the UK have negotiated the right to sit in on Europol meetings but will lose any say in decisions made. Overall, the speed which the UK can access key data that could help safe guard the nation's security will be reduced, and the country's influence on security decisions beyond its borders has effectively ceased, possibly leaving the country less able to fight crime and terrorism moving forward.

Pro: The UK is now free to make its own trade deals

By finalising a trade deal with their biggest trading partner - the EU, the UK is now set to pay more attention to international trade and sign innovative independent trade deals with other nations. This is already underway as the UK has recently finalised a free trade agreement with Turkey worth £18.6 billion, the county's fifth-largest trade deal following the bilateral agreements already signed with Japan, Canada, Switzerland and Norway. So far the UK has signed 62 such trade deals that are set to come into effect on January 1st 2021, but many of these deals are also seen as major stepping-stones to the prospect of future membership to larger trading blocks that were unavailable to the country when it was a member of the EU. For example the UK government has expressed interest in joining the likes of Japan, Australia, Canada and Vietnam in the Trans-Pacific Partnership.

Boris Johnson is widely regarded to have sacrificed the interest of Fisherman in order to reach an agreement, directly sacrificing fishing quota percentages to get the deal through. The UK is accepting to take back only 25% of EU fishing quotas after initially negotiating for 80%, in an agreement set to be in place for five and a half years from January 1st 2021. This is past the date of the next UK general elections, so Johnson will face the charge that he still hasn't “taken back control” all the way into the next elections – this will ultimately haunt Johnson’s career as a politician moving forward. Both fisherman and some politicians have called this a complete sell-out, the chairman of the National Federation of Fishermen’s Organisations has said fisherman feel “angry, disappointed and betrayed” and are “absolutely worse off” [1], [2], [3].

Pro: Not a complete no deal

UK manufacturers have long pleaded against the disaster of a “no deal” Brexit that would spur major economic damage, affecting supply chains and imposing complex barriers to trade with EU countries. The UK had a brief taste of such a supply chain shock on 21st December 2020 when a transport ban at the French border due to a spike in new COVID strain infections in the UK caused massive freight congestion and worries of food shortages in the UK. Instead Boris Johnson claimed it will enable more trade with Europe, claiming that this is the Canada/Japan style deal with the EU that he wanted, while this is a first step that will be built upon, it solidifies £660 billion a year in UK goods sold without tariffs or quotas. But at this late stage in Brexit negotiations the main positive to keep in mind is at least its something, some basis to build future deals upon, and not a complete "no deal".