Should Berliners take back their homes? 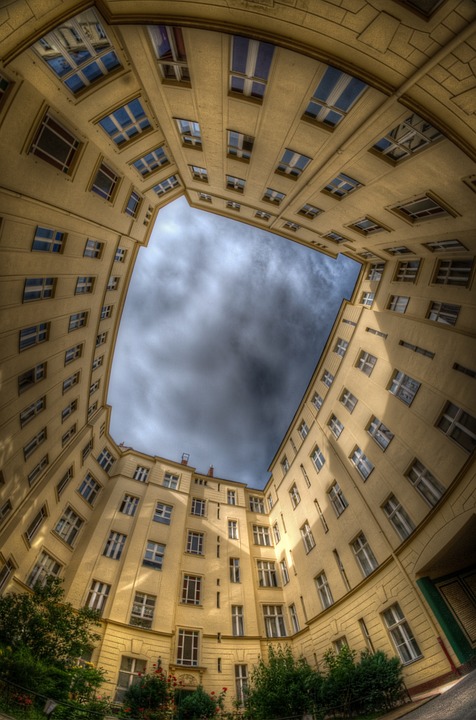 Global investment in Berlin’s real estate market is driving up the price of housing to record highs and many residents have been left priced out of the market, leaving the city altogether, while others have criticised booming property development in the city with changing Berlin’s character. There is now a serious push in the city to utilise Article 15 of the German Constitution, which states that property can be expropriated by the government in the public interest. However nationalisation of part or all of the housing market in the city could have massive economic consequences, and arguably there may be other ways to deal with the cost and availability of housing in the city. What do you think? What should Berlin do in its battle against property as commodity?
Stats of Viewpoints
Yes
0 agrees
0 disagrees
No, this is unlikely to happen
0 agrees
0 disagrees
Viewpoints
Add New Viewpoint

Such legislation would bar landlords or companies that own more than 3,000 homes operating in the city, this would include the city’s biggest property company Deutsche Wohnen AG, excess properties would be expropriated and converted into social housing that the capital is in such desperate need of. Berlin's city government are expected to try and delay this process, the city is currently owned by real estate corporations and the value is dictated by the stock market, whose only purpose is to make profits for their share holders at any cost. Germany is at the end of the day a democracy; social housing campaigners collected 240,000 signatures by the end of June 2021 to force a referendum on the subject, and polls have shown that there is a strong chance this referendum could pass with 47% supporting the proposal (43% opposed and 9% unsure). Berliner are now asking themselves what kind of life do they really want in the city, for many this historical referendum seems to be the answer, and if this bold legislation is the will of Berlin's population then it is indeed time for Berliners to take back their homes.

No, this is unlikely to happen

While there is significant support to nationalise a proportion of housing in Berlin, it will probably not enjoy enough political support to see fruition, as the only political party to have offered formal support for the proposal are Die Linke, a far-left party that occupy only 69 seats of Germany's 709 seat parliament. Even if the referendum is a success this plan is unlikely to be passed as legislation as the conservative parties that dominate Germany's government have expressed opposition to or completely condemned the proposals. Regardless of the political will even, nationalisation of part of the property market of Berlin will likely be overturned in court, there are more effective methods than nationalisation which would drive away investors; investment and building new housing is widely seen as most effective method to solve housing issues.