Are you more likely to be tasered in the UK if you are black? 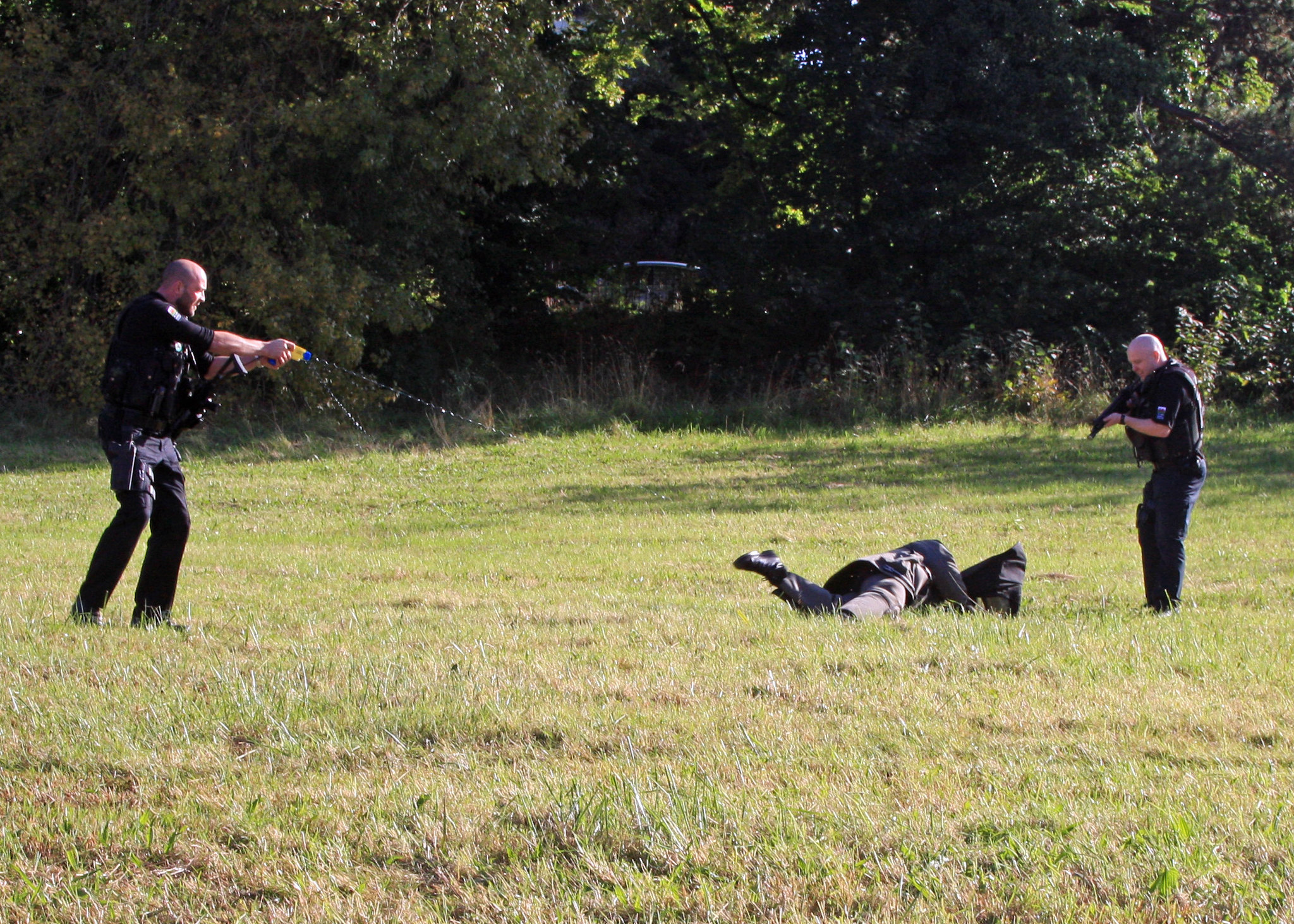 UK Home Office statistics have demonstrated that in 2015 black Britons were three times more likely to experience a police officer drawing or using a taser against them than white Britons [1]. But we also know that crime rates are higher in the black community in the UK, with black people over three times as likely to be arrested as white people [2]. Do these figures balance each other out; does the increased arrest rate correlate and explain away the fact that black people are more likely to be tasered in the UK? OR Are you more likely to be tasered in the UK if you are black because of implicit policing biases? In March 2020, the UK government approved extra funding to purchase new equipment and allow over 8,000 extra UK police officers to carry a taser, with taser use being likely in increase moving forward, should be more concerned about the potential overuse on black Britons? [1] metro.co.uk/2015/10/13/if-youre-black-youre-three-times-more-likely-to-be-tasered-5436368 [2] ethnicity-facts-figures.service.gov.uk/crime-justice-and-the-law/policing/number-of-arrests/latest
Stats of Viewpoints
The black people are targeted because more black crime myth
0 agrees
0 disagrees
Universal and needs to stop
0 agrees
0 disagrees
Yes but also more likely to commit crime
0 agrees
0 disagrees
Increasingly likely
0 agrees
0 disagrees
Viewpoints
Add New Viewpoint

The black people are targeted because more black crime myth

This is a conservative argument that has gained traction in recent years, and essentially argues that punishment of a whole community should be justified because of the higher crime rates in that community, its ridiculous and discriminatory. It also negates the level of historical, and indeed current, trauma and injustices that this community faces and denies to even consider resolving the issues that surround this controversial topic. This pattern falls apart when we look into different statistics of crime, as black people are statistically much less likely to commit drug crime, but then over represented for being stopped for drug crimes and even being prosecuted for drug crimes. These are all examples of systemic racism and the people that cherry pick statistics and argue otherwise are misinformed or trying to make a racist argument.

Universal and needs to stop

Racial disparities in taser use are not just the case in the UK but all ex-empire or ex-colonial countries that have a deep history of white supremacy, like Britain and the United States. The picture is worse in the US, and the worst statistic is how many black people die as the result of a police taser, according to Reuters 32% of those who died were black, and compared with 29% who were white, despite African-Americans making up only 14% of the U.S. population. According to taser manufacturers deaths from taser use are due to misuse of the weapon, and cases such as that of Eurie Martin or various cases of police using tasers against people in cars or who are restrained are evidence of this. But Michael Leonesio, a retired police officer who ran the Oakland Police Department’s Taser program, claims that “this is a dangerous weapon [and] the more it’s used, the more people are going to die” [1], the UK government need to realise the bigger picture and limit taser use not facilitate it.

Black men are three times more likely to be tasered by police in the UK, but black men were also over 3 times as likely to be arrested than white men, if there are on average more black men being arrested it is more likely that some will resist arrest and tasered. Tasers are safer than other forms of deterrent used by police, pepper spray causes chemical harm to the body and can be fatal, batons can cause broken limbs and lasting damage, and guns can end lives. Tasers are the least dangerous and most effective way to pacify someone who is violent or resisting arrest, and in the UK "taser use" statistics come with an important caveat, 86% of all use reported was not discharged meaning nearly 9 times out of 10 the threat of taser use is all that transpires. This is clearly an effective non-lethal weapon for police, and increased use seems justified.