What is Margaret Thatcher’s legacy? 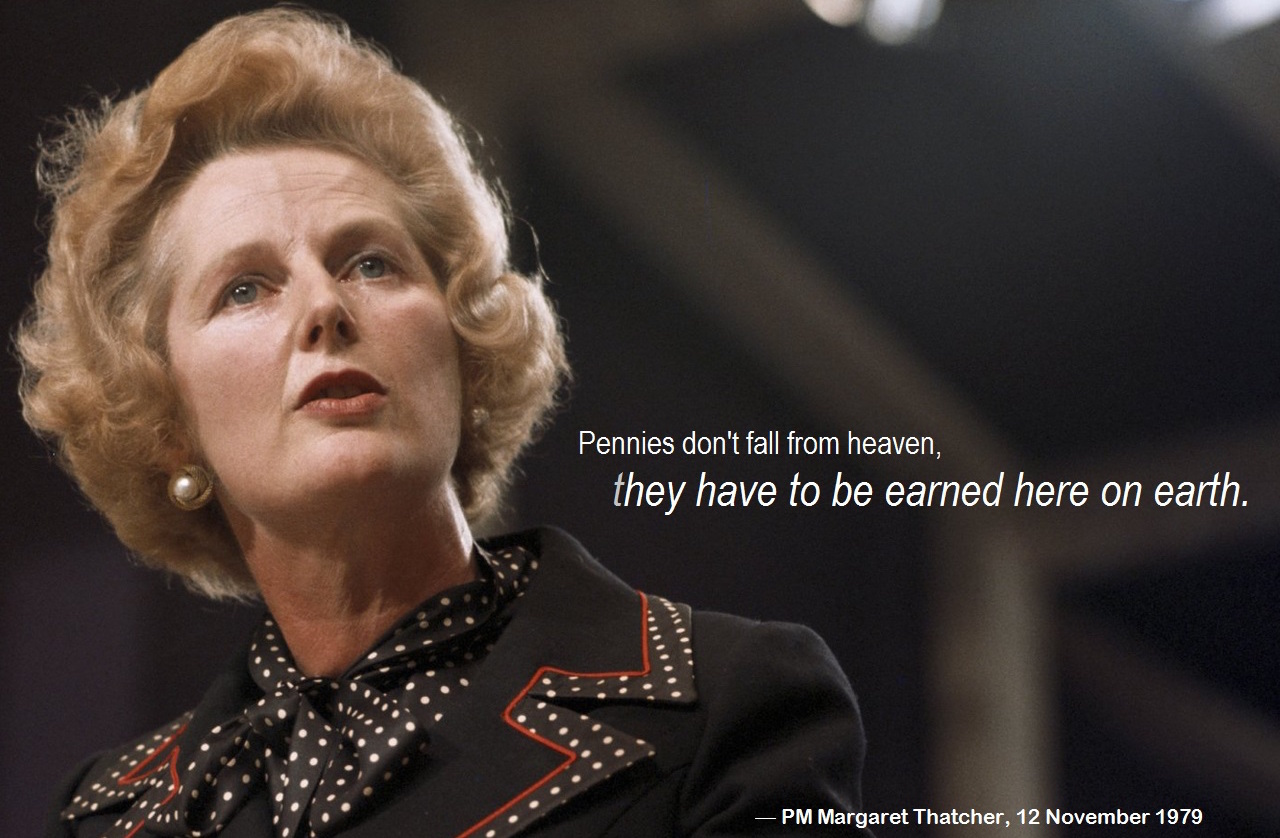 While Thatcher's Right to Buy scheme is still seen by some as a positive, though the aggressive encouragement of private home ownership Thatcher normalised into the culture what classic economists from Karl Marx to Adam Smith regarded as economic negatives. While Adam Smith, the father of Capitalism, was a great advocate of industrial capitalism, he was a critic of financial capitalism, the kind that underpinned Thatcher's economic policies, comparing money made from rents and fees to robbery. For Smith money made by interest and wealth extraction with no value provided were not the stable and tangible goods and services that the real economy is based on. By causing homes to become speculative assets, Thatcher generated soaring house prices, a national housing shortage, and possibly set up the British economy for a worse economic crash than 2008 in times of global economic uncertainty, such as a pandemic.

A toxic effect on society

Thatcher's time as Prime Minister was defined by high unemployment and social unrest, which were a direct result not only of her economic policy but also her views on society. Often criticised for her anti-social radical individualism and ridiculous claims that there is no such thing as society, Thatcher is widely seen to have condoned greed and selfishness in British politics and the wider culture, and this was reflected in economic policies which boosted unemployment, family breakdown and drug abuse. Despite being the first female Prime Minister she did not think highly of women's rights and British feminists have called her historic position completely meaningless. While her stance on immigration is thought to have led to rising levels of racism in the public discourse, something that academics termed "new racism". Even the Queen questioned Thatcher's footprint on society, saying that her policies were "uncaring, confrontational and socially divisive" according to a 1986 leaked story in the Sunday Times form the Queen's press secretary, Michael Shea.

Margaret Thatcher is widely recognised as one of the greatest Prime Ministers of British history and this is largely due, both to position as the first female Prime Minister, which was visually very positive, and in terms of policy. Thatcher consistently ranks highly in opinion polling, such as 100 Greatest Britons, 100 most important people of the 20th century, 100 Women of the Year, most influential woman of the past 200 years, Woman's Hour Power List of women judged to have had the biggest impact on female lives over the past 70 years. But it is her impact on politics that was most influential; keen to win the support of the "Essex man" who had supported Thatcher through the 80s, Labour's Tony Blair rebranded the Labour Party "New Labour" in 1994 and set about courting Thatchers voter base. Thatcher even said herself that she considered the rebranding of New Labour as her greatest political achievement.

The economic myth of Thatcherism

Margaret Thatcher and Thatcherism only made people wealthier to the cost of the nation and to national wealth, and the myth of economic success is off the back of a banking and finance boom that was divorced from the real economy. Thatcher's economic policy was based on heavy privatisation, to accomplish this shares in utilities were sold below market value to insure rapid sales at the expense of national income. This neoliberal financial boom was deemed "casino capitalism" by political economic Susan Strange, who wrote that speculation and financial trading were quickly replacing industry in British economics. Thatcher left the country with few industries other than arms manufacture, finance and banking, the most corruptive influences on the country, and as these policies continued under successor governments she may have even lay the foundation for the 2008 financial crash.

Thatcher oversaw three consecutive Conservative Party victories during her time as leader of the party, something that was referred to as a historic hat trick in the British Press, and remains one of the most popular British party leaders in terms of votes cast. Her simple expression of the sentiment that “Britain can be great again”, a feeling that continues to be effective in politics today, was extremely well received and can be best exemplified through her conduct in the Falklands. Thatcher's swift and decisive victory captured global attention solidifying her nickname of the "Iron Lady" on the international stage, while at home the Falklands War was the first military victory for Britain since 1945, leaving the public with a great sense of national pride.

Thatcherism has had an extremely damaging legacy on British politics, as Thatcher completely undermined unions and destroyed local governments in the process of centralising political power in Westminster, setting the foundation for Britain's current political landscape. Thatcherism was particularly influential on the "New Labour" government under Tony Blair, who furthered these heavy privatisation and deregulation practices and continued to maintain a flexible labour market by marginalising trade unions, while consolidating power into central government. Thatcher's damaging and pointless foreign policy mistake of Falklands War, a pointless waste of life that not only needlessly damaged relations with another nation for no gain, but brought neo-colonial revisionism and imperial pride to new generations. Just as Winston Churchill had a generation before her, Thatcher brought this imperial power delusion to a new generation, and in doing so justified a whole new era of damaging foreign interventionism, that reached illegal proportions in the 2000s, through her influence on Tony Blair.

Margaret Thatcher, like the 1980s in general, will be remembered for wealth generation, with personal wealth rising by 80% during the decade. In the UK this is largely due to Thatcher’s “right-to-buy” policy, with council houses being sold at discounted rates, helping over a million families on to the property ladder and leading to large profits for some new owners, but Thatcher's tenure also led to increased average wages. Thatcher also oversaw a massive de-nationalising campaign selling government owned utilities and quickly privatising to end a stagnation of overmanned industries plagued by low productivity, inaction and strikes. Privatisation led to massive increases in productivity, and the number of Britons owning shares rose from 7% to 25% as people invested in and profited from these newly privatised companies.

Thatcher was a mixed bag

Margarat Thatcher was at the same time the most heavily criticised and admired public figure of the end of the 20th century, both the first female Prime Minister & the longest serving British leader in the 20th century but a nuance character presiding over a highly nuanced era. She introduced painfully unpopular policies, such as poll tax in 1989 that provoked rioting, but stood by her decisions saying that she was challenging "the culture of dependency, which had done such damage to Britain" by withdrawing support for "outdated industries, whose markets were in terminal decline" [1]. Likewise Thatcher is often vilified for being a racist, however she believed that recognising concerns about immigration helped to attract voters away from extreme organisations such as the British National Front, and is thought to have achieved this by criticising the pro-immigration stance of the Labour Party. Thatcher means different things to different people, and it is impossible to really judge if her legacy was an overall positive or negative.