The London Laundromat – How does it work? 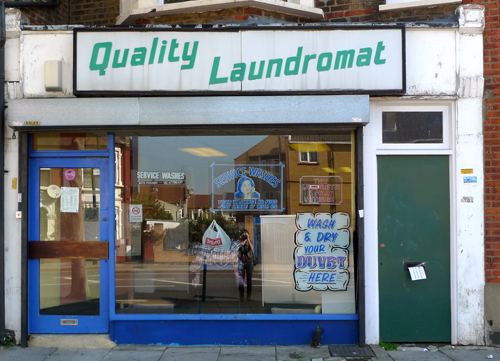 Property prices in London are some of the highest in the world, constantly rising despite UK inflation remaining mostly below 2% for the last decade, and most point to financial crime and the scale of foreign investment in London property as the main driving force behind this rise. However this corruption remains low on the radar of the British public, and opinions remain divided on the scale of corruption in London, and how it is connected to organised crime internationally. Some call London the money laundering capital of the world, but the capital of the UK is also the source of some of the strictest anti-corruption legislation in the world. How can both of these statements be true? How does the London Laundromat function? express.co.uk/news/uk/593688/house-prices-property-Britain-money-laundering-National-Crime-Agency-London/amp
Stats of Viewpoints
Fuelling and enabling corruption globally
0 agrees
0 disagrees
Viewpoints
Add New Viewpoint

The London Laundromat is used to describe the monumental scale of money laundering and financial services supplied to international criminals in the UK’s capital city, and the city’s lax property regulation enables a large proportion of this. But it is not just property, the UK biggest bank, HSBC, has been reprimanded for facilitating Mexican drug cartels in laundering billions of US dollars in drug trafficking money, with Mexican drug traffickers depositing thousands of dollars a day in HSBC accounts. Meanwhile two of the last three Prime Ministers of the UK have intimate ties to this criminal financial network, with David Cameron’s father involved in Mossack Fonseca, a financial firm with links to Russia, organised crime, and tax avoidance networks. While current Prime Minister Boris Johnson even counts Russian oligarchs Evgeny Lebedev, Alexander Temerko, and Lubov Chernukhin as friends and has openly received large financial donations and “gifts” from them.

Russian Oligarchs particularly have been drawn to London by the city's light tough regulations when it comes to business and property. In 2015 Transparency International found that 36,342 London properties were owned by offshore companies whose source of wealth was unknown or hard to verify, which amounted to nearly 10% of property in the London borough of Westminster. According to noted anti-mafia journalist Roberto Saviano the UK is the most corrupt place on Earth, and London plays a crucial role in the international drugs trade - describing Mexico as the heart of international drug trafficking “and London is its head” [1]. ​Discussions of the “London Laundromat” are an accurate portrayal of a failure to tackle organised crime and money laundering in the UK, and despite some meaningless lip service some of the UK’s most prominent political figures are intimately involved in this shady web of dirty money.